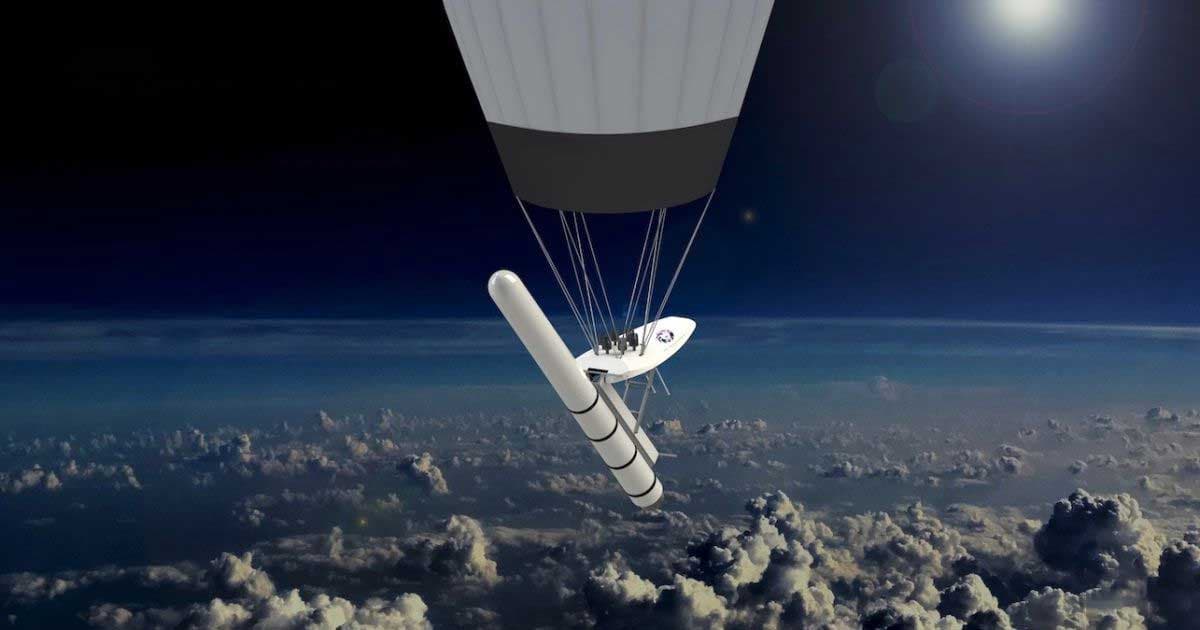 This Startup Wants to Launch Satellites from Balloons

The autonomous balloon platform is designed to launch 33-foot rockets into orbit.

The autonomous balloon platform is designed to launch 33-foot rockets into orbit.

Los Angeles startup Leo Aerospace is developing a system that could allow spacecraft to launch after being dropped from massive hot-air balloons at 60,000 feet, Space.com reports.

The high altitude balloon platform, called Regulus, features multiple thrusters to maintain its orientation. A special rail system attached underneath allows rockets up to 33-feet in length to be launched, saving the fuel required to get to the balloons' elevation.

The relatively small rockets have a maximum payload of just 126 pounds.

The entire Regulus system, including the balloon and a rocket, can fit inside a 40 foot shipping container and be placed on semi-trucks, ships, and even airplanes, according to the company's website.

The company gave a brief presentation of their concept during the U.S. Air Force's first Space Pitch Day earlier this month. The company received $750,000 from the Air Force at the event.

Individual launches will be pretty expensive, at least to start — about one to three times as much as "ride-share" rockets from the likes of SpaceX charge, according to Space.com.

The company claims to start testing its high-altitude platform in mid 2020. Even without rockets to launch, the balloon could help test technology for future missions to Mars, as the thin air at high altitudes can provide a good Mars analogue, according to Space.com.

More on balloons: These Scientists Want to Launch Satellites From Steam Balloons

From the Dept. of Things to Buy
The Best Humidifiers of 2023
Yesterday
Read More
FROM THE DEPT. OF THINGS TO BUY
The Best Places to Buy A Laptop in 2023
Jan 24
Read More
Hair Locker
NFL Star Sues Company for Implying It Gave Him a Hair Transplant
Jan 14
Read More
+Social+Newsletter
TopicsAbout UsContact Us
Copyright ©, Camden Media Inc All Rights Reserved. See our User Agreement, Privacy Policy and Data Use Policy. The material on this site may not be reproduced, distributed, transmitted, cached or otherwise used, except with prior written permission of Futurism. Articles may contain affiliate links which enable us to share in the revenue of any purchases made.
Fonts by Typekit and Monotype.