This is incredible news for human settlements of the Moon. 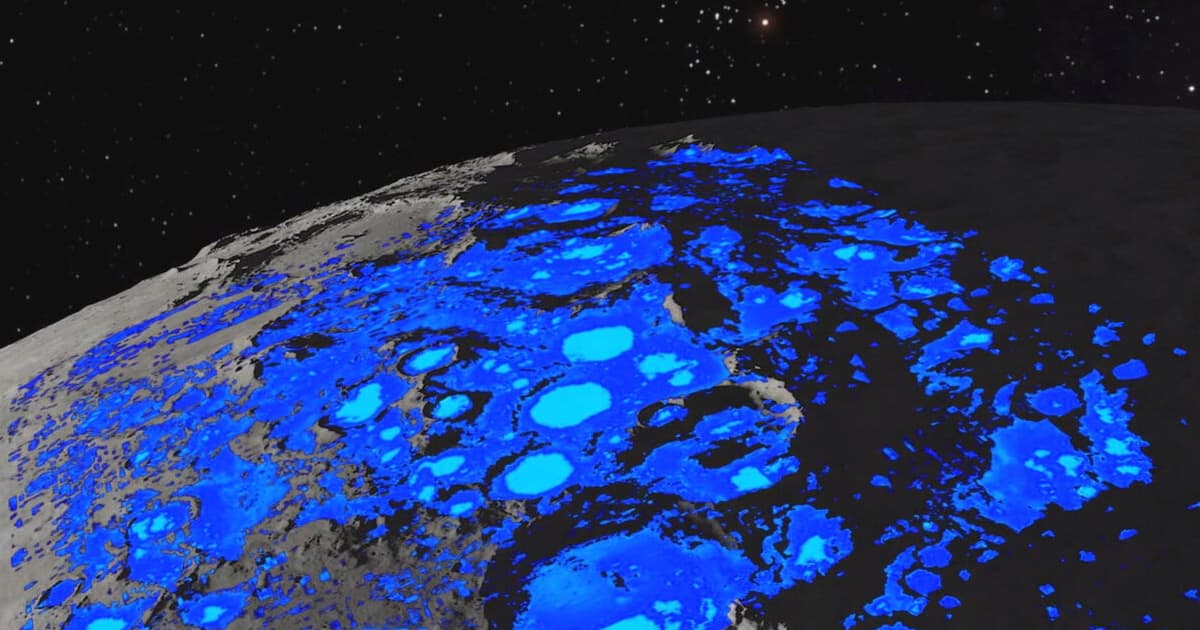 It's an "exciting new discovery" that NASA has been hyping up for since last week.

Water has been confirmed for the first time on the sunlit surface of the Moon — not just in the form of ice limited to the shadowed surfaces of larger craters as previously thought.

In other words, even when exposed by the warming radiation from the Sun, water is capable of surviving there. It's a tantalizing result, and one that could have huge implications for human settlement of the natural satellite, but plenty of questions remain: we still don't know if the water is accessible to use as a resource.

NEWS: We confirmed water on the sunlit surface of the Moon for the 1st time using @SOFIAtelescope. We don’t know yet if we can use it as a resource, but learning about water on the Moon is key for our #Artemis exploration plans. Join the media telecon at https://t.co/vOGoSHt74c pic.twitter.com/7p2QopMhod

A pair of papers published by the journal Nature detail the discovery, which was made using NASA's Stratospheric Observatory for Infrared Astronomy (SOFIA).

Using SOFIA, the team identified liquid water's unique fingerprint near the southern pole of the Moon. It's not there as "puddles of water," as Casey Honniball, postdoctoral fellow at NASA’s Goddard Space Flight Center and lead author of one of the studies, described during a live stream, but spread out molecules of H2O.

It's also not an awful lot of water: about 12 liquid ounces in a cubic meter of soil. It might also be quite tricky to extract as it's completely mixed in with the soil.

The scientists suggest the water could have come through either the solar winds, or from impacting micrometeorites that may have contained water on their own.

The second paper found that the Moon is dotted with "billions" of tiny craters, creating shadowed regions all over its surface. The researchers concluded that these regions are technically cold enough to hold frozen ice.

These mini craters would also be far easier to access by astronauts. That means the discovery has major impacts on NASA's plans to send astronauts to the surface of the Moon as soon as 2024 and establish a permanent human presence by the end of the decade.

"If we find that it’s abundant enough in certain locations, it would be easier to access versus going into these very cold, very dark places," Honniball told The Verge.

In addition, water wouldn't need to be brought there as payload on rockets, a highly expensive process.

SOFIA, a collaboration between NASA and the German Aerospace Center, is at its core a massive telescope mounted to the inside of a gutted 747 jumbo jet. A large door cut into the side of the body of the plane allows an 8.2 foot diameter telescope to make infrared observations at altitudes of over 40,000 feet — well above the atmosphere's obscuring water vapor.

SOFIA hunts for a number of different celestial events, including the birth and death of stars, the formation of new solar systems, and the identification of complex molecules in space.

NASA had to ground SOFIA in mid-March due to the ongoing coronavirus pandemic, with flights resuming only in early June. The project even faced existential threats to its funding when no funding was allocated for SOFIA in NASA's fiscal year 2021 budget proposal.

More on the Moon: The Moon Is Getting Cell Service

Read This Next
From the Dept. of Things to Buy
Review: The "Out of This World Cook Book" Chronicles the Early Meals of the Space Age
Overloaded
Whiny Space Tourists Say They Were Too Busy on the Space Station
The Moonian
Senior NASA Official Fears Getting "Stuck" on the Moon
Moon Patrol
US Military Announces Plans for Satellite Orbiting the Moon
Space Sick
Space Is Wreaking Havoc on Astronauts' Blood
More on Sci-Fi Visions
Human v. Giraffe
Tuesday on the byte
Chaotic Italian Fashion Line Baffles Facial Recognition Software
Step One
Tuesday on the byte
World’s Third Richest Person Says He’s Developed "Addiction" to ChatGPT
FROM THE DEPT. OF...
Tuesday on futurism
The Best Places to Buy A Laptop in 2023
READ MORE STORIES ABOUT / Sci-Fi Visions
Keep up.
Subscribe to our daily newsletter to keep in touch with the subjects shaping our future.
+Social+Newsletter
TopicsAbout UsContact Us
Copyright ©, Camden Media Inc All Rights Reserved. See our User Agreement, Privacy Policy and Data Use Policy. The material on this site may not be reproduced, distributed, transmitted, cached or otherwise used, except with prior written permission of Futurism. Articles may contain affiliate links which enable us to share in the revenue of any purchases made.
Fonts by Typekit and Monotype.