A 'Nano-Reactor' May Soon Be Producing Hydrogen Biofuel 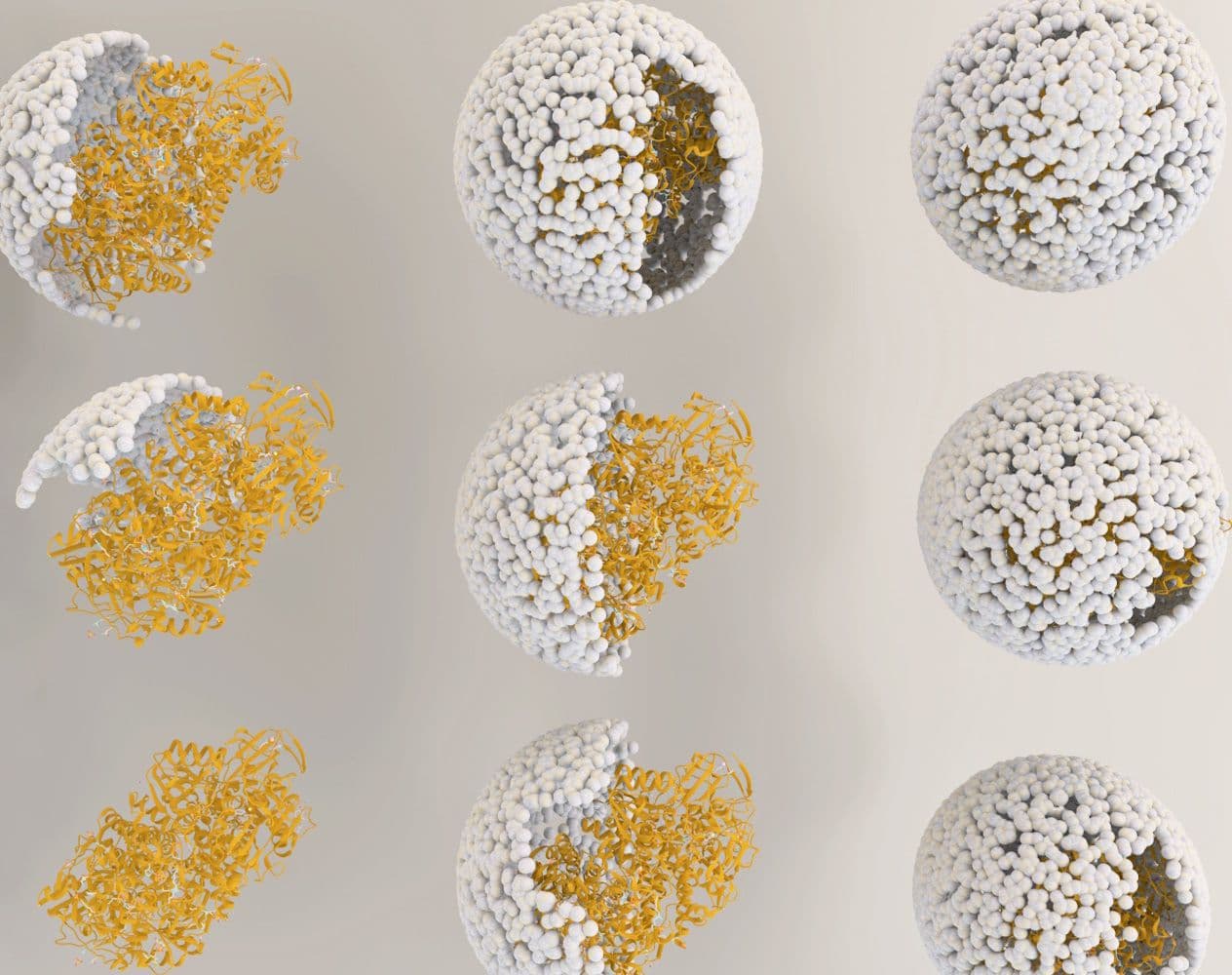 Indiana University scientists have created a "nano-reactor" by modifying a virus to protect and encapsulate an enzyme that breaks down H2O into hydrogen and oxygen. The results of this process, which were published in the journal Nature Chemistry, demonstrate that the enzyme is strengthened by this protection, making it 150 times more efficient than its unaltered form.

"Essentially, we've taken a virus's ability to self-assemble myriad genetic building blocks and incorporated a very fragile and sensitive enzyme with the remarkable property of taking in protons and spitting out hydrogen gas," said Trevor Douglas, who led the study, in the IU Bloomington press release. "The end result is a virus-like particle that behaves the same as a highly sophisticated material that catalyzes the production of hydrogen."

The biomaterial, named "P22-Hyd", combines the capsid or the protein shell of a virus known as bacteriophage P22 and the enzyme NiFe hydrogenase.

The enzyme is produced by combining the genes hyaA and hyaB in the common bacteria Escherichia coli. It is produced through a simple fermentation process at room temperature that can prove to be far more environmentally friendly and less costly compared to other catalyst materials like platinum.

Unlike its unaltered form, P22-Hyd is capable of resisting degradation from chemicals in the environment and is able to act as a hydrogen production catalyst or as a fuel cell catalyst depending on the circumstances. These qualities allows its potential use in manufacturing and hydrogen fuel cells in cars.

Considering that automobile makers are now shifting away for gasoline and diesel to renewable sources such as hydrogen fuel or electric batteries, this could be great benefit.

The resulting biomaterial, called P22-Hyd, is said to not only be more efficient—it can also easily be produced using a simple fermentation process, and it can all be done at room temperature. Douglas notes the difference, saying, “This material is comparable to platinum, except it’s truly renewable. He continues, “you don’t need to mine it; you can create it at room temperature on a massive scale using fermentation technology; it’s biodegradable. It’s a very green process to make a very high-end sustainable material.”

Read This Next
Dam Straight
China Says It's 3D Printing a 590-Foot Hydroelectric Dam With Zero Human Labor
Fusion Update
Chinese Scientists Say They've Discovered Cheap New Way to Do Nuclear Fusion
Brands We Love
Adding Solar Power to Your Home Is Complicated. But It Doesn't Have to Be.
Brands We Love
On the Fence About Solar Panels? A Free Solar Cost Calculation Can Help.
Brands We Love
Is Solar Worth It for You? Use This Simple Cost Benefit Estimator to Find Out.
More on Earth & Energy
Cow Chow
Yesterday on the byte
Bill Gates Gives $12 Million to Flatulent Australian Cows
Dye in the Water
Yesterday on the byte
Scientists Dye Chunks of Ocean Water Pink for Head-Turning Coastal Experiment
Face/On
Yesterday on the byte
Scientists Found a Dinosaur's Face, Complete With Its Skin
READ MORE STORIES ABOUT / Earth & Energy
Keep up.
Subscribe to our daily newsletter to keep in touch with the subjects shaping our future.
+Social+Newsletter
TopicsAbout UsContact Us
Copyright ©, Camden Media Inc All Rights Reserved. See our User Agreement, Privacy Policy and Data Use Policy. The material on this site may not be reproduced, distributed, transmitted, cached or otherwise used, except with prior written permission of Futurism. Articles may contain affiliate links which enable us to share in the revenue of any purchases made.
Fonts by Typekit and Monotype.