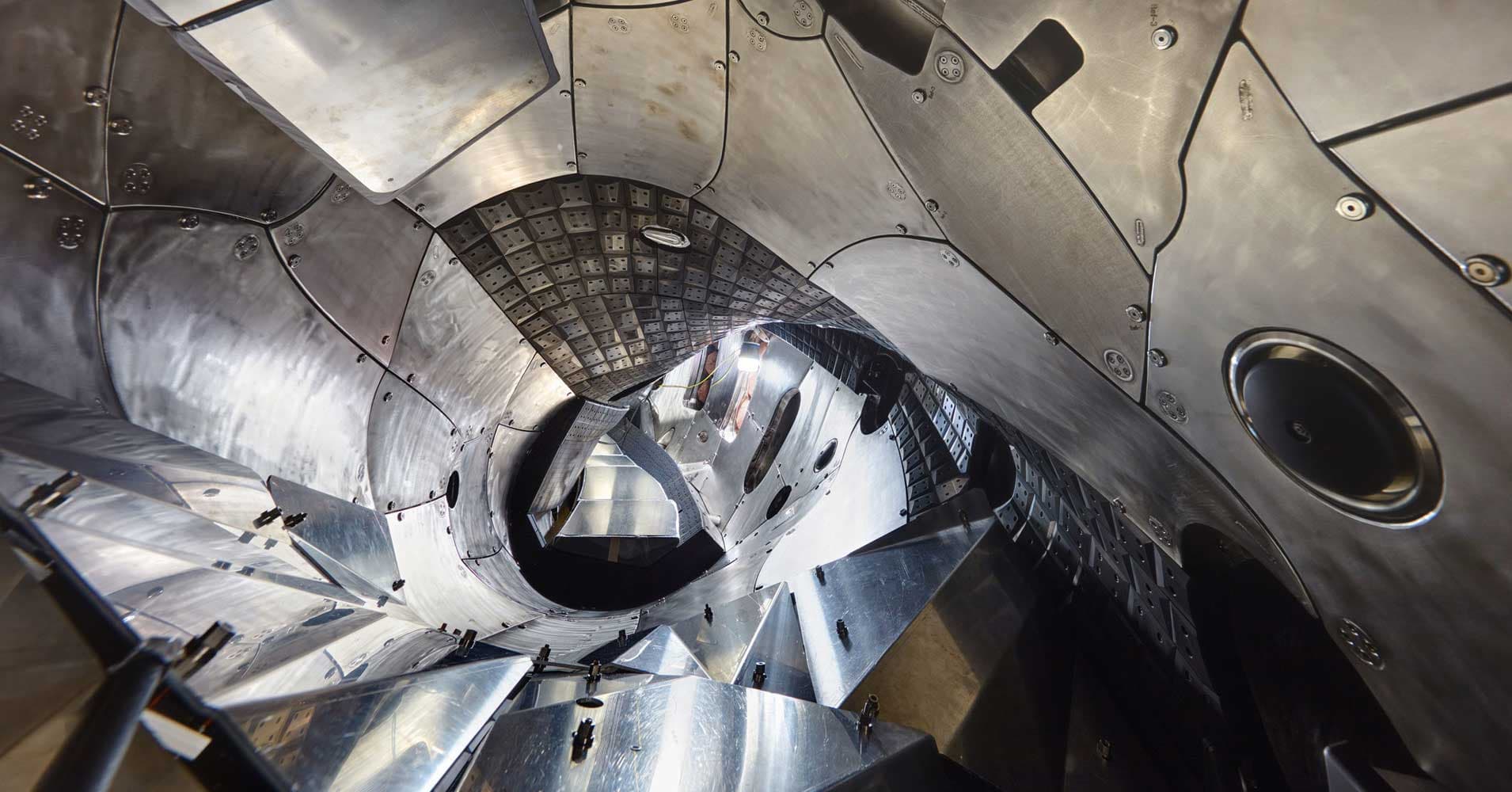 You Down With IPP?

A team of scientists determined to "fetch the Sun's fire to Earth" just got closer to achieving their lofty goal.

From July through November, physicists at the Max Planck Institute for Plasma Physics (IPP) conducted their second round of experiments using the Wendelstein 7-X, a device designed to test out a way to generate stable nuclear fusion on Earth.

On Monday, the IPP announced the results of that testing — data showing that the reactor already broke several world records.

When the nuclei of two atoms combine, it produces an enormous amount of energy. We call this nuclear fusion, and it's the process by which the Sun generates its energy.

Researchers want to find a way to replicate this process on Earth, as it would provide a near-limitless source of clean energy. A key part of the process is figuring out a way to manipulate plasma at extremely hot temperatures.

Some researchers are attempting to do this using donut-shaped devices known as tokamaks, but the Wendelstein 7-X is a different type of device known as a stellarator. These devices move plasma along a route containing twists and turns that, in theory, make it easier to keep the plasma stable.

According to the IPP announcement, the Wendelstein 7-X produced record high values for both plasma density (2 x 1020 particles per cubic meter) and plasma energy content (more than 1 megajoule). It also achieved the longest plasma discharge time on record for a stellarator (100 seconds) and a plasma temperature of 20 million degrees Celsius (36 million degrees Fahrenheit).

These figures all point toward the same conclusion: The IPP is making significant progress towards its goal of replicating the process powering the Sun here on Earth.

Read This Next
Dam Straight
China Says It's 3D Printing a 590-Foot Hydroelectric Dam With Zero Human Labor
Fusion Update
Chinese Scientists Say They've Discovered Cheap New Way to Do Nuclear Fusion
It’s Getting Hot In Here
China's "Artificial Sun" Fusion Reactor Just Set a World Record
Brands We Love
Adding Solar Power to Your Home Is Complicated. But It Doesn't Have to Be.
Great Balls of Fire
"Radioactive Gobstoppers" Could Stop the Next Nuclear Reactor Meltdown
More on Earth & Energy
Fashion Week
2:27 PM on the byte
Scientists Discover Horrifying Crab That's Covered in "Hair"
Fire Bird
Yesterday on the byte
Experts Say Birds Are Catching on Fire on Power Lines and Starting Wildfires
Three Cheers
Yesterday on the byte
Happy BBQ Season! There's Beer Made From Toilet Water Now
READ MORE STORIES ABOUT / Earth & Energy
Keep up.
Subscribe to our daily newsletter to keep in touch with the subjects shaping our future.
+Social+Newsletter
TopicsAbout UsContact Us
Copyright ©, Camden Media Inc All Rights Reserved. See our User Agreement, Privacy Policy and Data Use Policy. The material on this site may not be reproduced, distributed, transmitted, cached or otherwise used, except with prior written permission of Futurism. Fonts by Typekit and Monotype.