"I didn’t hear about COVID or anything else." 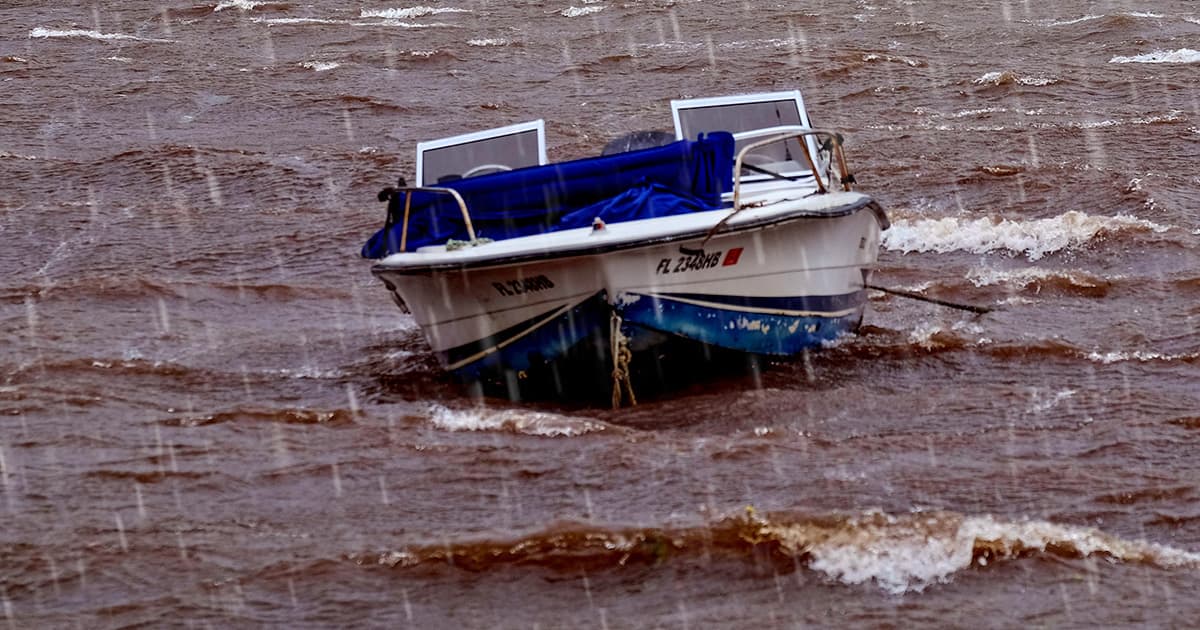 Two men spent 29 days lost at sea, only to be rescued 250 miles off the coast of Papua New Guinea.

But the pandemic-ravaged civilization they were forced to return to was a bit of a bummer, despite their near-death experience.

"I had no idea what was going on while I was out there," Livae Nanjikana, a man from the Solomon Islands who left the island on September 3 in a small motorboat, told The Guardian. "I didn’t hear about COVID or anything else."

"I look forward to going back home but I guess it was a nice break from everything," he added — a remarkable adventure that puts our current battle with the coronavirus into perspective.

Nanjikana and Junior Qoloni are both from Mono Island, a volcanic island in the western part of the Solomon Islands. They encountered strong winds and heavy rain just hours into their journey, and then their GPS died.

Fortunately, they were able to survive on oranges, coconuts from the sea, and trapped rainwater.

"We didn’t know where we were but did not expect to be in another country," Nanjikana told The Guardian. They floated 250 miles north west and were spotted by a fisher off the coast of New Britain, Papua New Guinea.

Fortunately, Solomon Islands ministry officials based in Papua New Guinea are already working on getting the two lost men back home to Mono Island.

It's a bit of a wake up call for both. Papua New Guinea's hospitals are currently in crisis mode and going through a spike of new cases of COVID-19, the island nation's worst one yet.

READ MORE: ‘It was a nice break from everything’: two men rescued after 29 days lost at sea [The Guardian]

More on COVID-19: Fauci Says People Are Threatening His Wife and Daughters With Violence

Read This Next
Sexy Masks
Study: Face Masks Make People Look More Attractive
Throwing Memes
Chinese State News Agency Floods Social Media With Anti-America COVID Memes
R-E-S-P-E-C-T
Here's Why People Are Calling Elon Musk a "Space Karen"
Cozy Bears
State-Backed Russian Hackers Are Targeting Coronavirus Vaccine Research
Redrum
Murders Have Spiked in Major US Cities Since the Pandemic
More on Future Society
I Silence Thee
Jan 28 on futurism
Leaked Messages Seem to Show Elon Musk Using Twitter to Punish His Enemies
Gas Giant
Jan 27 on the byte
Journalist Eats Lab-Grown Chicken, Gets "Weirdly Gassy"
Musk Rats
Jan 26 on the byte
Twitter Is Quietly Re-Suspending the Lunatics Elon Musk Let Back On
READ MORE STORIES ABOUT / Future Society
Keep up.
Subscribe to our daily newsletter to keep in touch with the subjects shaping our future.
+Social+Newsletter
TopicsAbout UsContact Us
Copyright ©, Camden Media Inc All Rights Reserved. See our User Agreement, Privacy Policy and Data Use Policy. The material on this site may not be reproduced, distributed, transmitted, cached or otherwise used, except with prior written permission of Futurism. Articles may contain affiliate links which enable us to share in the revenue of any purchases made.
Fonts by Typekit and Monotype.