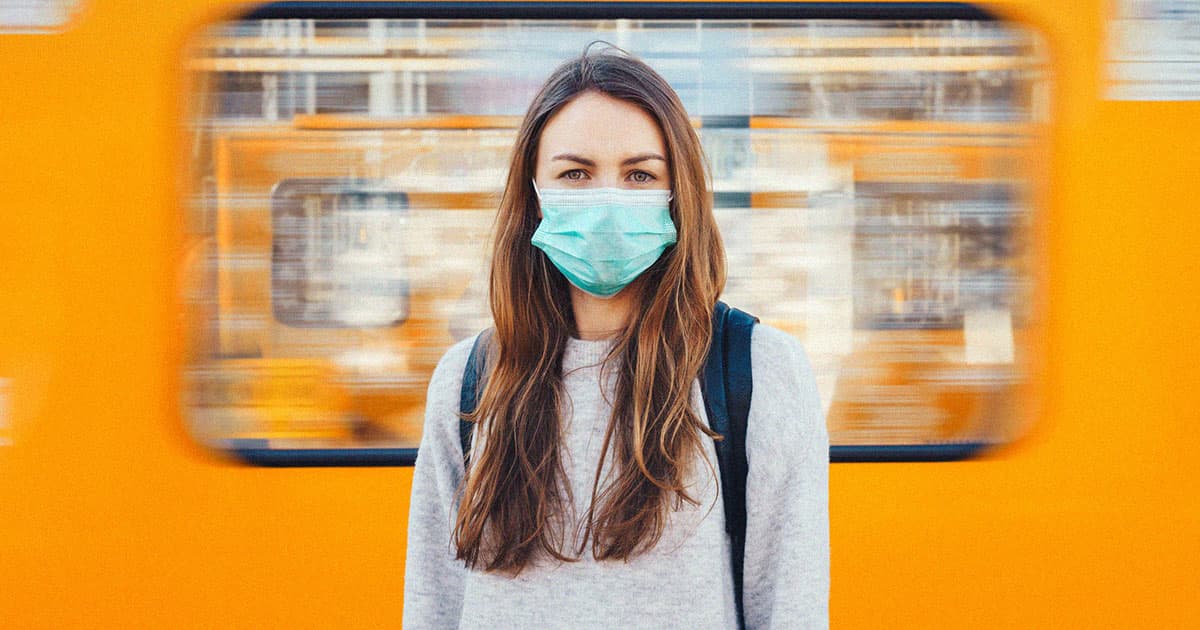 Researchers have found, intriguingly, that both men and women look more attractive when most of their face was obscured by a face mask — especially when it was a surgical one, The Guardian reports.

It's a surprising conclusion, given how much we rely on facial cues — but if the study turns out to be generalizable to a broader population, there may some hope left for those looking to date during the pandemic.

"We wanted to test whether this had changed since face coverings became ubiquitous and understand whether the type of mask had any effect," Michael Lewis, a researcher at Cardiff University and coauthor of a study about the findings published in the journal Cognitive Research, told The Guardian.

"Our study suggests faces are considered most attractive when covered by medical face masks," he explained. "This may be because we’re used to healthcare workers wearing blue masks and now we associate these with people in caring or medical professions."

The phenomenon seems to be linked to sending the right signals during a time of crisis.

"At a time when we feel vulnerable, we may find the wearing of medical masks reassuring and so feel more positive towards the wearer," Lewis told the newspaper.

The trial, which was carried out early last year, asked 43 women to rate the attractiveness of male faces shown in pictures without a mask, while wearing a surgical mask, and while holding a black book in front of the bottom half of their face, on a scale of one to 10.

The results were surprising: the pictures showing men wearing surgical masks came out on top in terms of attractiveness. Cloth masks came in second, while pictures of men with no masks scored lowest.

A second study, which has yet to be published, found more or less the same results when asking a group of men to look at pictures of women in masks, Lewis told the The Guardian.

Lewis suggests there may have been a strange shift since the start of the pandemic.

"The pandemic has changed our psychology in how we perceive the wearers of masks," he told the paper. "When we see someone wearing a mask we no longer think 'that person has a disease, I need to stay away.'"

The researcher suggested evolutionary traits may explain the results, with people choosing the healthiest-looking mate.

Another simpler explanation could be that the focus is being redirected towards the eyes while the rest of the face is hidden behind a mask — or, of course, that the people in the photographs were perceived as ugly, meaning that the masks simply made them better looking.

Read This Next
Stranded
Man Lost at Sea for 30 Days Says It Was a "Nice Break" From Pandemic
Throwing Memes
Chinese State News Agency Floods Social Media With Anti-America COVID Memes
R-E-S-P-E-C-T
Here's Why People Are Calling Elon Musk a "Space Karen"
Cozy Bears
State-Backed Russian Hackers Are Targeting Coronavirus Vaccine Research
Redrum
Murders Have Spiked in Major US Cities Since the Pandemic
More on Future Society
Under the Sea
Aug 13 on the byte
Harvard Professor Trying to Recover Alleged Alien Tech From Ocean
Blockchain Bad Boy
Aug 13 on the byte
Teen Accused of Using Bitcoin to Pay for Bomb Threat at His High School
Shkreli Strikes
Aug 13 on the byte
Martin Shkreli Dumps Huge Stake in His New Crypto, Causing It to Crash
READ MORE STORIES ABOUT / Future Society
Keep up.
Subscribe to our daily newsletter to keep in touch with the subjects shaping our future.
+Social+Newsletter
TopicsAbout UsContact Us
Copyright ©, Camden Media Inc All Rights Reserved. See our User Agreement, Privacy Policy and Data Use Policy. The material on this site may not be reproduced, distributed, transmitted, cached or otherwise used, except with prior written permission of Futurism. Fonts by Typekit and Monotype.