These memes are unintentionally hilarious — and not entirely wrong, either. 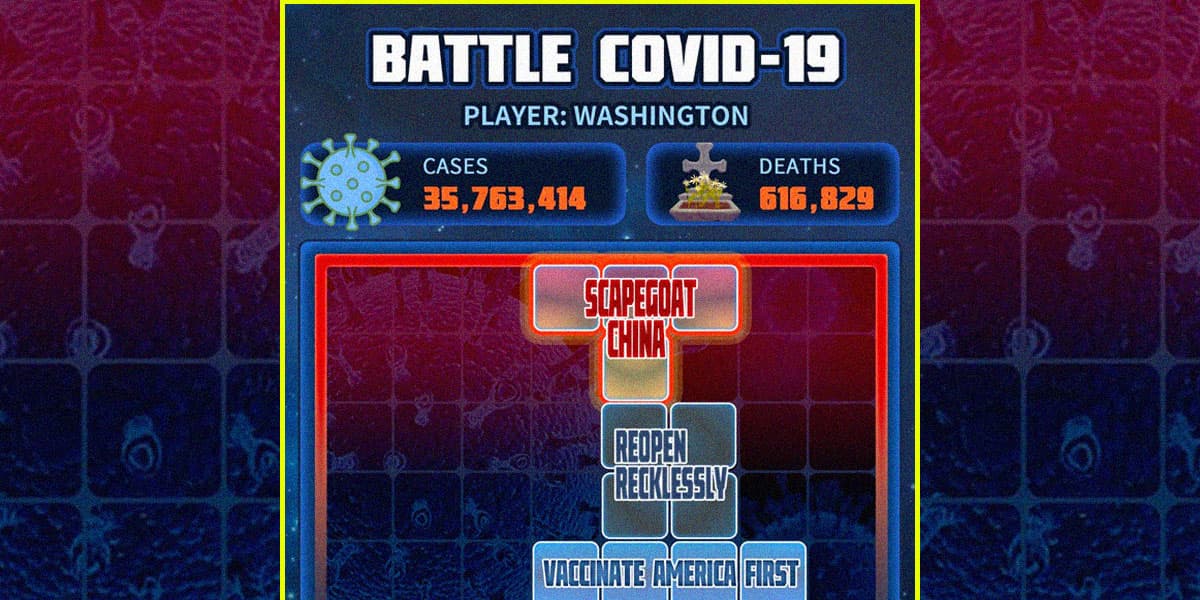 While the US and the World Health Organization are still trying to nail down the origins of the coronavirus — despite China's efforts to block those investigations — a different war is waging online.

Chinese state-run news agency Xinhua is practically flooding its feeds with propaganda about the pandemic, ranging from conspiracy theories suggesting the US military covered up the leaks of other harmful viruses to "Tetris"-themed memes about America's failures to rein in the spread of COVID-19.

The at-times unintentionally hilarious memes seem like a direct response to the repeated calls by the US to study the true origins of the virus, a spat that's unlikely to let up any time soon.

It's an effort that's been going on since the early stages of the pandemic. In April 2020, for instance, Xinhua published an animated video titled "Once Upon a Virus" mocking America's slow response using Lego figurines.

And in a story published on Monday, Xinhua quoted a Maldives News Network article — a dubious source at best — which claimed that the "US politicization and deviancy from scientific facts on the origin tracing of the COVID-19 virus is a part of a false flag operation."

In other words, the US is trying to hide its true motivations by studying the origins of the COVID-19 virus — a convenient narrative for Beijing, to say the least.

At the same time, sometimes the memes hit uncomfortably close to home. One black-and-white specimen, for instance, paints the US as a global "super-spreader" by pointing out that it represents only four percent of the world's population but almost 18 percent of the world's caseload of COVID-19, figures that coincide with John Hopkins University's global tally.

The US has indeed contributed greatly to the global spread of COVID-19 — and that's despite the widespread availability of vaccines.

Simultaneously, the lab leak hypothesis has unquestionably been a heavily politicized topic among US lawmakers. After all, many members of Congress have a clear interest in painting China as enemy number one.

It's a thorny issue. With Beijing repeatedly stepping in the way of official investigations, lab leak theories are bound to persist well into the future.

There's also the fact that many experts doubt we will ever get a definitive answer as to where the virus truly originated.

The Chinese government's aims are as obvious as they are sloppy. Xinhua repeatedly points out the US's many failings in responding to the global pandemic.

But if vaccination rates, non-existent mask mandates, and general confusion as to how to respond to the threat of COVID-19 are anything to go by, it's more than a fair criticism.

More on lab leak theories: The Lab Leak Theory Is a Tragic Hall of Mirrors