Have we really not learned anything? 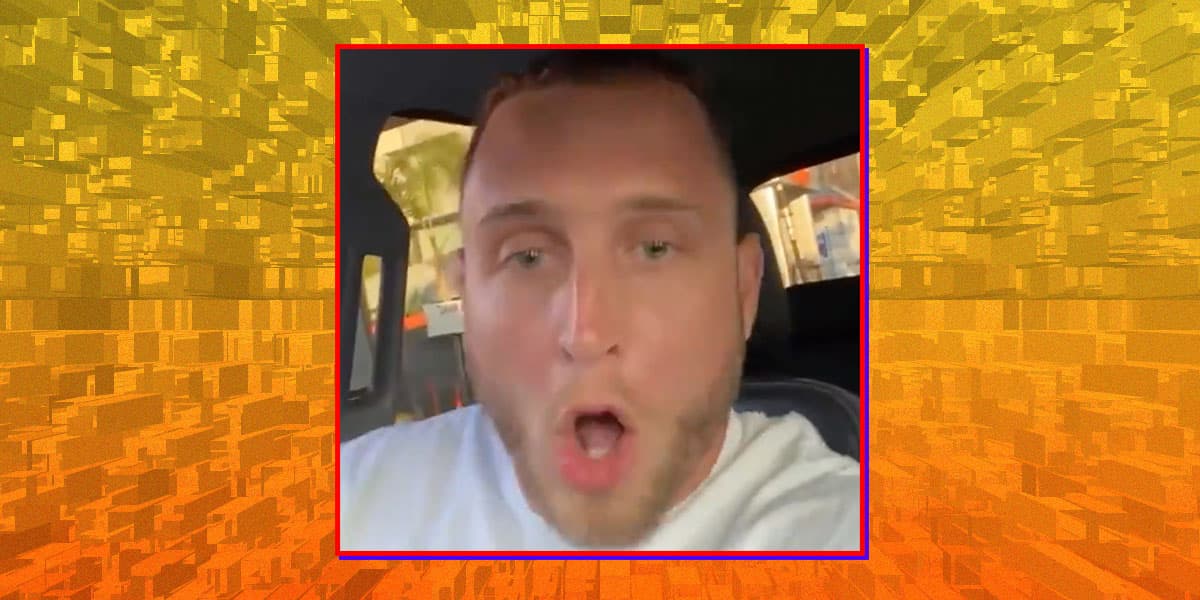 Hollywood A-lister Tom Hanks' lost cause of a son, Chet, decided to light up his own dumpster fire this week by wading into deranged anti-vaccine discourse headfirst.

It's especially ironic considering that the 31-year-old's father was one of the first celebrities to publicly announce he had contracted the virus, back when the pandemic was getting into full global swing in March 2020.

In a truly embarrassing rant posted to social media, Hanks first appeared to encourage others to get the lifesaving vaccine — before revealing that it was all a ruse.

"Psych!" Hanks blurted out halfway through the video. "If it ain't broke don't fix it. I never had COVID. You ain't stickin' me with that motherfucking needle."

It's yet another sad example of somebody falling victim to rampant medical misinformation being disseminated online — and a reminder that there isn't a vaccine for  stupidity.

It also couldn't have come at a worse time. Cases of COVID-19, as well as hospitalizations, are surging across the country, particularly in the South where vaccination rates are significantly lower than the national average.

Fortunately, in light of their friends and family dying or becoming severely ill, more and more Americans in areas where vaccination rates are low are choosing to get the vaccine after all, despite initial hesitancy.

Hanks touches on a number of troubling points in his brief rant which neatly summarize just how misguided many Americans have become about basic medical science.

For one, Hanks doesn't specify whether he actually took an antibody test to verify that he "never had COVID." Considering his rash behavior, there's a chance actually had — and spread — the disease, symptoms or not.

Then there's the fact that, despite the sheer abundance of data demonstrating that COVID vaccines are extremely effective and safe, many still believe them to be dangerous.

While there have been instances of severe side effects, they're extremely rare. In fact, doctors found, the vaccine is statistically safer than taking aspirin.

We've also seen the effectiveness of several vaccines wane slightly as a result of the Delta variant — but they're still by far the best way to keep yourself out of the hospital.

Underlining all that, the vast majority of those who are in the hospital with severe cases of COVID-19 right now are unvaccinated. In other words, the vaccines are still clearly clearly effective at preventing almost all death and severe cases of the virus.

Hanks' deranged rant not only encourages more Americans to stay unvaccinated in the face of an unprecedented threat to human health, but it means that he's putting others around him at risk as well. Be more like your dad, man!

More on COVID: Pfizer and Moderna Hike the Price of COVID Vaccines