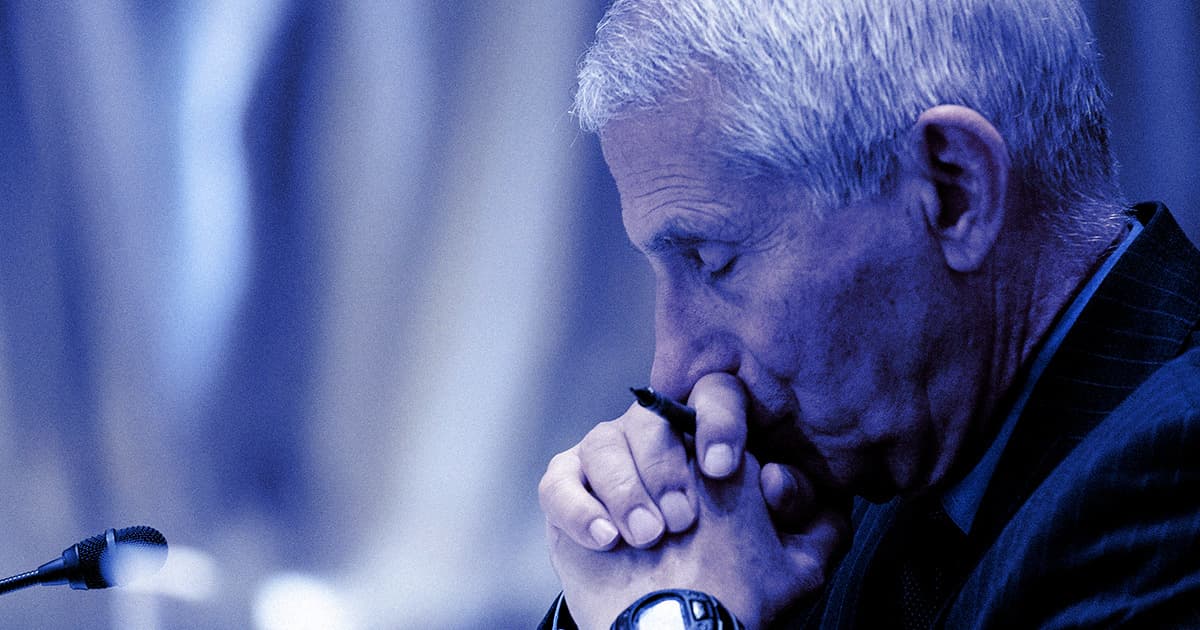 Fauci Says People Are Threatening His Wife and Daughters With Violence

At one point, he received a letter that opened with "a puff of powder."

At one point, he received a letter that opened with "a puff of powder."

A new National Geographic documentary sheds light on the abuse top US infectious diseases specialist Anthony Fauci has had to endure since the beginning of the COVID-19 pandemic.

"These fucking dark web people are really, really getting bad," he told AIDS activist Peter Staley last year in the documentary, as quoted by Insider. "I mean, they're really, really harassing Chris," referring to his wife Christine Grady.

Even his daughters were "constantly" targeted, according to Fauci.

The documentary paints a grim picture of  the most recent chapter in US history, a time when misinformation and extremist beliefs flourished — and those who furthered trustworthy and scientifically accurate information became the scapegoat.

Things got so bad last summer that Fauci and his entire family were assigned personal security. Far-right extremists and conspiracy theorists were making serious threats while the Trump administration was actively attempting to undermine him.

"One of them called up with violent threats like eight times today on [Christine's] cell phone, until she figured 'I gotta just change my cell phone,'" Fauci said in the documentary.

Fauci was even sent a letter that opened with "a puff of powder."

"It was on my shirt, my tie, my pants, my hands, and my chin," Fauci recalled. "The first thing I thought of was 'holy shit, why did I open up this letter?'"

As a precaution, Fauci had to get naked and get hosed off, though the powder ultimately turned out to be a hoax.

Fauci has dedicated his entire career to furthering the truth — but he's had to pay a steep price as a result.

More on Fauci: Fauci Wants To Know Why Three Virus Researchers in Wuhan Got Sick