He wants China to release new info on the origins of the pandemic. 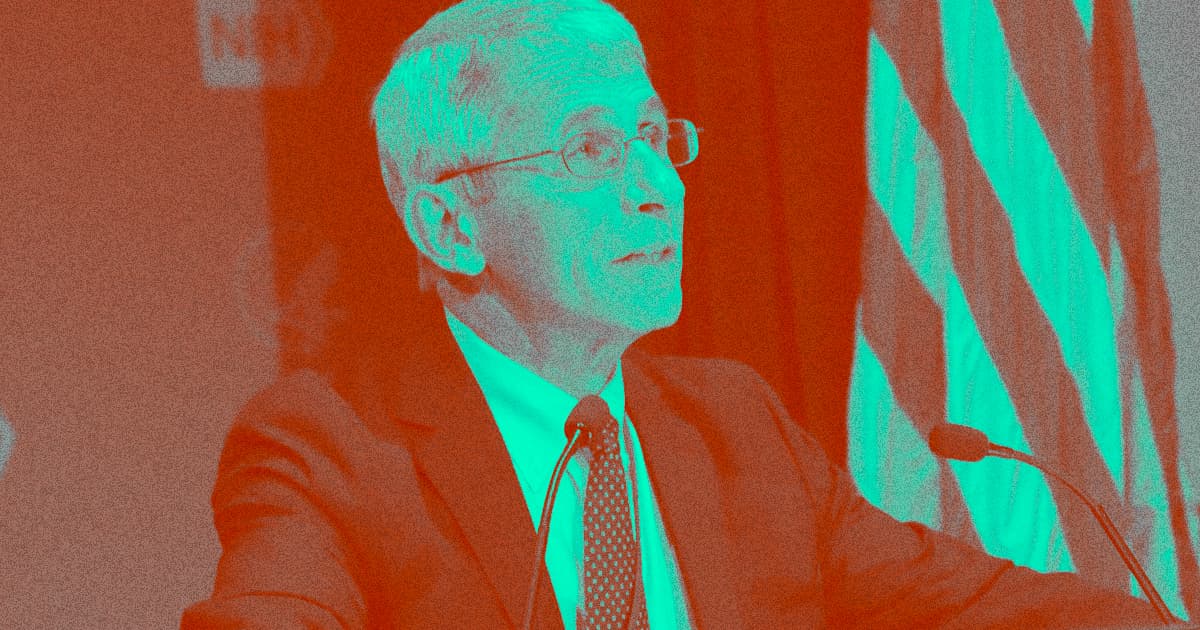 Anthony Fauci, the top infectious disease expert in the United States who's taken a chief advisory and public communications role throughout the country's response to the coronavirus pandemic, says he wants more information from China on how the outbreak began.

Specifically, Fauci drew attention to recent news that multiple workers at the Wuhan Institute of Virology (WIV) were hospitalized in November 2019, right around the time that COVID-19 is thought to have started infecting and circulating among humans, according to Reuters. The WIV is the subject of a growing number of calls for investigations and probes into whether the coronavirus leapt from animals to humans or if it was accidentally leaked out of the lab in some way, and Fauci is now saying that learning more about those workers could shed light on those origins.

"I would like to see the medical records of the three people who are reported to have got sick in 2019," Fauci told the Financial Times. "Did they really get sick, and if so, what did they get sick with?"

Still, while probing every possible explanation for how the pandemic began could prove valuable in the fight against future outbreaks from a public health standpoint, Fauci's call for more information on the sick WIV staff isn't an endorsement of the lab leak hypothesis. Rather, he still feels that zoonotic transmission — that the virus jumped from an animal host to a human — is a far more feasible explanation.

"I have always said, and will say today to you, John, that I still believe the most likely origin is from an animal species to a human." Fauci told CNN this week. "But I keep an absolutely open mind that if there may be other origins of that, there may be another reason, it could have been a lab leak."

More on the lab leak hypothesis: Fauci Says It's Unlikely But Possible That COVID Virus Leaked From Lab

6.28.22 Developments
Study Finds That Weed Puts You at Higher Risk for Hospitalization
6.22.22 Studies
If You Can't Stand on One Foot for Ten Seconds, Doctors Have Bad News
6.06.22 Cancer
Scientists Intrigued by Treatment That Put Every Single Patient's Cancer Into Remission
5.03.22 Developments
Chinese Nursing Home Brings Resident to Morgue While Still Alive
4.27.22 Developments
Dr. Fauci Says the "Pandemic Phase" of COVID Is Over, Then Says Pandemic Is Actually Still Happening