Fauci still believes that "the most likely origin is from an animal species to a human." 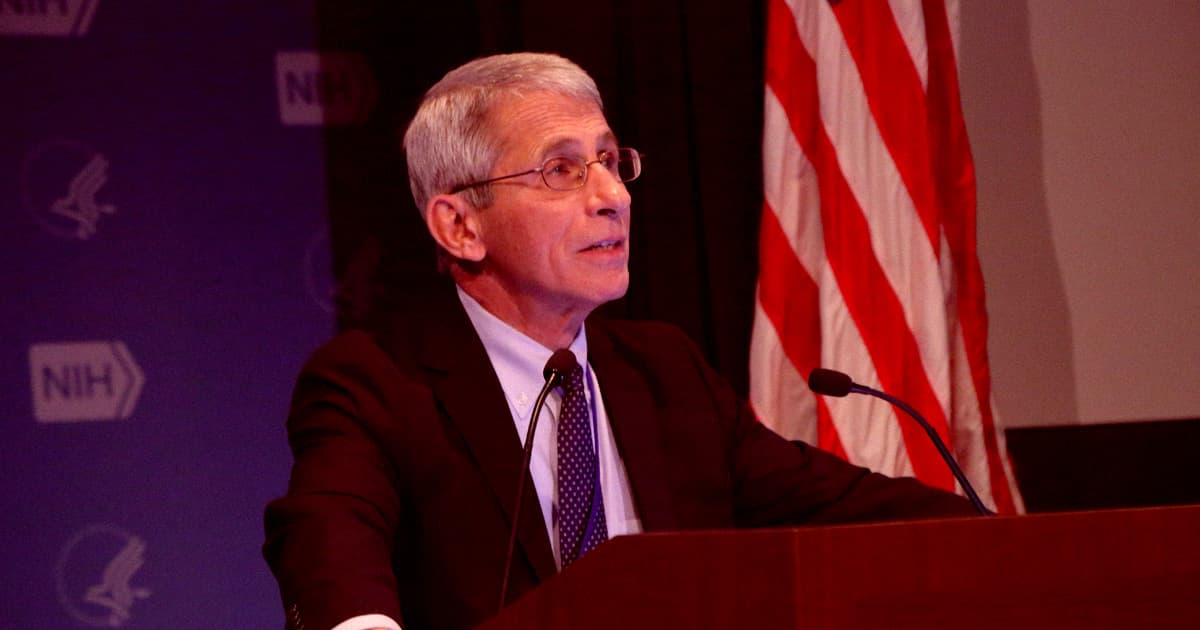 The United States' top infectious disease expert, Anthony Fauci, still isn't ruling out the possibiltiy that the SARS-CoV-2 virus — which causes COVID-19 — may have leaked from a lab.

In a Thursday CNN interview, Fauci reiterated that he still thinks it's far more likely that the virus jumped to humans from animals.

"I have always said, and will say today to you, John, that I still believe the most likely origin is from an animal species to a human," Fauci told CNN's John Berman, "but I keep an absolutely open mind that if there may be other origins of that, there may be another reason, it could have been a lab leak."

Fauci's comments show that what happened in late 2019 remains hazy. While scientists have been able to hone in on the origin of the virus, nobody can nail down its origins with 100 percent certainty.

"I believe if you look historically, what happens in the animal-human interface, that in fact the more likelihood is that you're dealing with a jump of species," Fauci said. "But I keep an open mind all the time. And that's the reason why I have been public that we should continue to look for the origin."

For the duration of the pandemic, conspiracy theories have pointed the finger at China, claiming that China either intentionally released it or that it escaped from a lab. The hypothesis has gained steam in recent weeks, with president Joe Biden giving intelligence agencies 90 days to get closer to a conclusion about where the virus came from.

Even social media giant Facebook announced last week it would stop taking down posts that claimed COVID was manufactured in a lab in Wuhan, China, the epicenter of the pandemic.

On Tuesday, a number of prominent outlets, including The Washington Post, got a hold of some 10,000 emails Fauci sent and received since early last year. Critics said the infectious disease expert was too quick to support claims that the coronavirus wasn't released from a lab and had natural origins instead.

Fauci, though, just says that he's following the science — and common sense.

"I don't remember what's in that redacted [emails], but the idea I think is quite farfetched that the Chinese deliberately engineered something so that they could kill themselves as well as other people," Fauci argued in the CNN interview. "I think that's a bit far out, John."

More on the virus: Biden Orders Spies to Figure Out Whether COVID Leaked From Lab