Instead of Fighting COVID, the White House Is Attacking Anthony Fauci

With 134,000 Americans dead, is this a smart reaction to the pandemic? 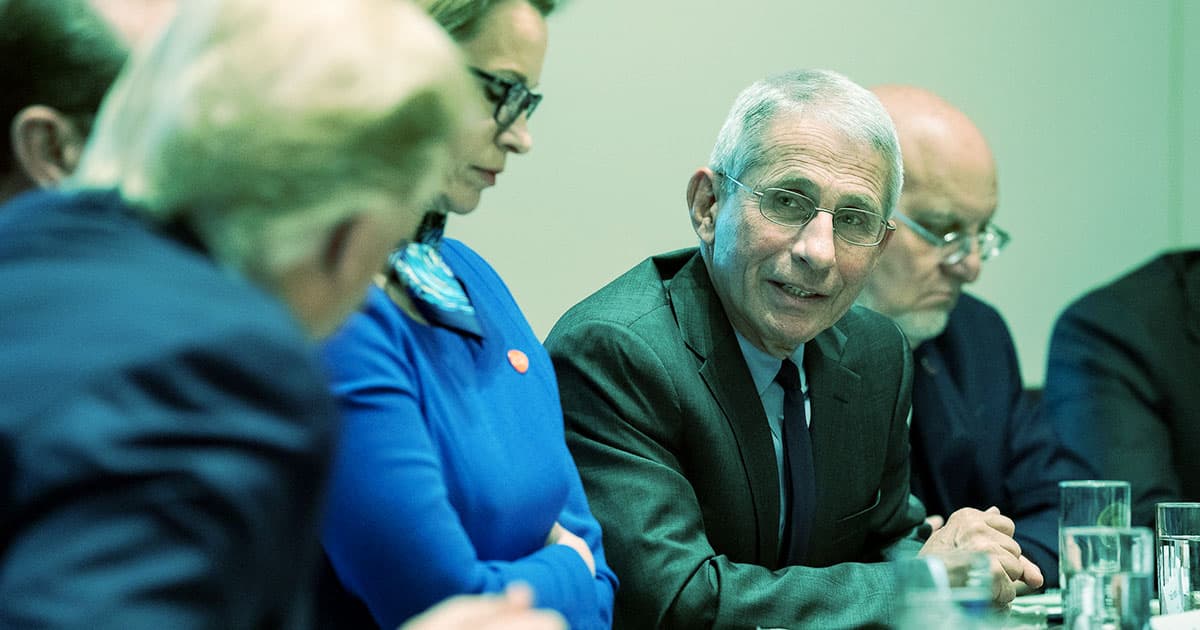 The coronavirus pandemic is veering out of control in many parts of the United States. Florida has officially a dubious national record, with 15,300 new cases in a single day.

And the White House, rather than addressing the deepening health crisis, has decided to attack its top infectious disease expert. As The Washington Post reported over the weekend, Trump administration staffers are claiming that Fauci has repeatedly misled the public and has been unjustifiably critical of the President.

Just last week, Trump himself said Fauci was "a nice man, but he's made a lot of mistakes," during a Fox News interview with Sean Hannity.

The administration is also targeting Fauci for "public reassurances" made in "late February," when he allegedly downplayed the severity and risks of community transmission of the virus.

It is true that Fauci has changed his tune — but he's done so in line with scientists' understanding of the pandemic, which has drastically changed over the last five months.

The numbers paint a damning picture of the US response. More than 3.3 million Americans have been infected so far, according to the latest numbers, with at least 134,900 deaths. Even adjusted for population, the nation outranks most other countries in the world in terms of confirmed cases and deaths.

The US is still very much riding the first wave of the pandemic, as Fauci warned earlier this month — and the numbers, particularly in the South, are still sharply on the rise.

"What worries me is the slope of the curve," Fauci told the Financial Times last week. "It still looks like it’s exponential."

"As a country, when you compare us to other countries, I don’t think you can say we’re doing great," Fauci said during a podcast interview with FiveThirtyEight last week. "I mean, we’re just not."

Hospitals are getting overwhelmed with COVID-19 positive patients — while states are opening up again. Shelter in place orders specifically designed to stop this exact thing from happening have long been lifted in many parts of the country.

"The situation, the best I can describe it is dire and it's getting worse, it seems like, every day," Harris Health System CEO Esmail Porsa told MSNBC this morning.

Houston's Lyndon B. Johnson Hospital has officially run out of hospital beds. Its ICU is at 113 percent capacity, according to Porsa. 75 percent are COVID-19 positive.

Despite the numbers and repeated warnings, the Trump administration's response has only rarely heeded Fauci's advice. Case in point: The first time Trump wore a face mask in public was this weekend.

In fact, the administration seems to be actively trying to downplay Fauci's role. Officials cancelled Fauci's scheduled appearances after his remarks last week, the Post reports.

In other words, relations between the top infectious disease specialist and the administration are at an all-time low. Fauci even told Financial Times that the last time he spoke to president Trump was on June 2, over two months ago.

READ MORE: Fauci is sidelined by the White House as he steps up blunt talk on pandemic [The Washington Post]

More on the US response: Dr. Fauci Says Trump Hasn't Talked to Him in a Month