In the Future, Your Home May Be Powered by a Tesla Battery

The rise of home batteries is driven by a powerful need. 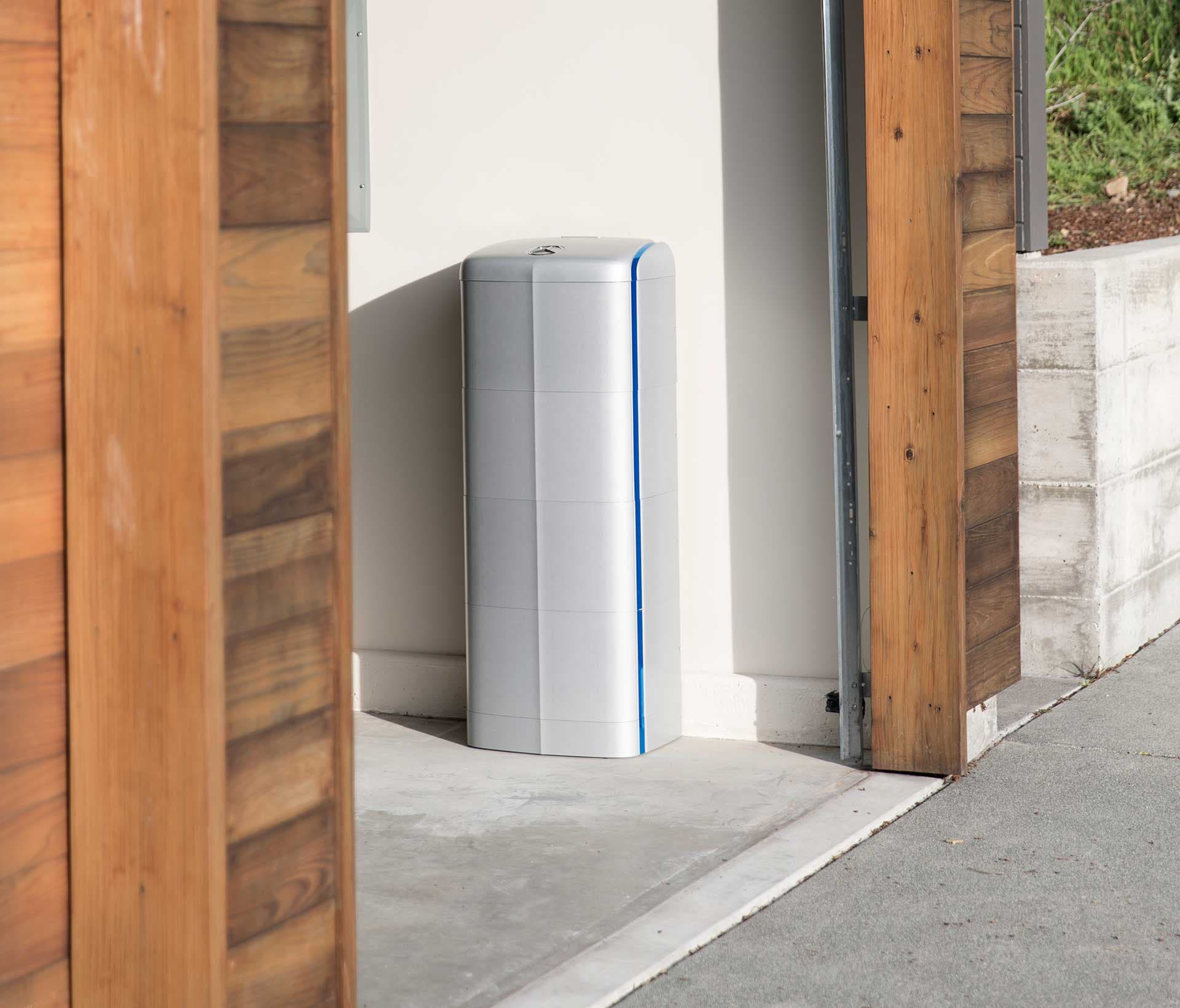 Battery technology has essentially been the same over the past years, albeit with a bunch of improvements that increase battery capacity and prolong battery life. Lithium ion batteries remain the popular choice, and they're found in all of today's battery-powered mobile devices and in many electric cars. Soon, these batteries might also be powering your houses, thanks to the likes of Tesla and other startups that now sell these home batteries to utility providers.

According to a report by The Wall Street Journal, homes located in New York, California, Massachusetts, Hawaii, Vermont, Arizona, and in other states are working on new ways to make their electric grids battery-powered, an infrastructural switch which Ravi Manghani of GTM Research says is a "powerful need." Without home batteries, the ability of utility companies to deliver power is in danger.

Utilities often have difficulty allocating excess power, particularly those on interstate markets where at certain times the price of electricity tends to dip into the negative. Usually, utilities resort to dumping excess electricity or paying others to take it. With the rise of solar power, the same issue happens. Energy generated by solar panels depend on certain conditions and, more often, generation doesn't match the needs of homes.

In California and Arizona, the Journal reports, there's lost of solar electricity during the day at cool times of the year and too little at night, when usage spikes. “This is not a long-term theoretical issue that might happen—this is now,” Marc Romito, Arizona Public Service director of customer technology, told the Journal. Home batteries are sorely needed.

In a Time of Need

There's wisdom in keeping spare batteries at home, or in this case, keeping your home plugged into one. Particularly during times of disasters, home batteries can be really useful. When the grid is down, home batteries coupled with solar panels can provide much needed electricity, as was the case in the aftermath of Hurricane Irma, where customers of Tesla and German battery-maker Sonen were able to keep their houses powered. Tesla has also, in fact, started shipping batteries to Puerto Rico, which has been largely without power since Hurricane Maria.

It's this self-sustaining energy ecosystem that Tesla's been working on thanks to their Powerwall and Powerpack batteries. Both work as electricity storage units, with the former designed for homes, while the latter is meant for utilities. Instead of relying on the grid, the home batteries like the Powerwall allow households to source out electricity, so to speak, following what some have called a "grid defection." It's enough to even power a small island.

The likes of Tesla, Sonen, and even Ikea in the U.K., are making this grid defection into a reality, in the U.S. and abroad. For example, both companies have partnered with Green Mountain Power in Vermont, which offers 2,000 home owners the chance to install a Powerwall for just $15 a month. Meanwhile, real-estate developer Mandalay Homes recently announced plans to build some 4,000 energy-efficient homes each with an 8-kilowatt-hour battery from Sonen — 2,900 of which would be built in Prescott, Arizona.

In short, as the market for electricity undergoes a radical shift thanks to the availability of renewable energy sources — especially the increasing popularity of cheaper solar home panels — power storage is becoming an important factor. Home batteries are the future.

Read This Next
Fusion Futility
Elon Musk Slams Fusion, Says Future of Energy Is Wind and Solar
Dam Straight
China Says It's 3D Printing a 590-Foot Hydroelectric Dam With Zero Human Labor
Fusion Update
Chinese Scientists Say They've Discovered Cheap New Way to Do Nuclear Fusion
Brands We Love
Adding Solar Power to Your Home Is Complicated. But It Doesn't Have to Be.
Black Phase
Materials Breakthrough Could Lead to Cheaper, Better Solar Panels
More on Earth & Energy
Fly Guy
Yesterday on the byte
Bird Advocates Horrified by Pigeon Dyed Pink For Gender Reveal Party
The Dos and Do-Do...
Yesterday on the byte
Startup Backed By "Jurassic World" Producer Says It Will Revive Extinct Dodo Using Complete Genome
Shark Smile
Tuesday on the byte
Influencer Fined for Eating Endangered Great White Shark
READ MORE STORIES ABOUT / Earth & Energy
Keep up.
Subscribe to our daily newsletter to keep in touch with the subjects shaping our future.
+Social+Newsletter
TopicsAbout UsContact Us
Copyright ©, Camden Media Inc All Rights Reserved. See our User Agreement, Privacy Policy and Data Use Policy. The material on this site may not be reproduced, distributed, transmitted, cached or otherwise used, except with prior written permission of Futurism. Articles may contain affiliate links which enable us to share in the revenue of any purchases made.
Fonts by Typekit and Monotype.