Is it “Jeopardy for millennials,” or just plain old Jeopardy? 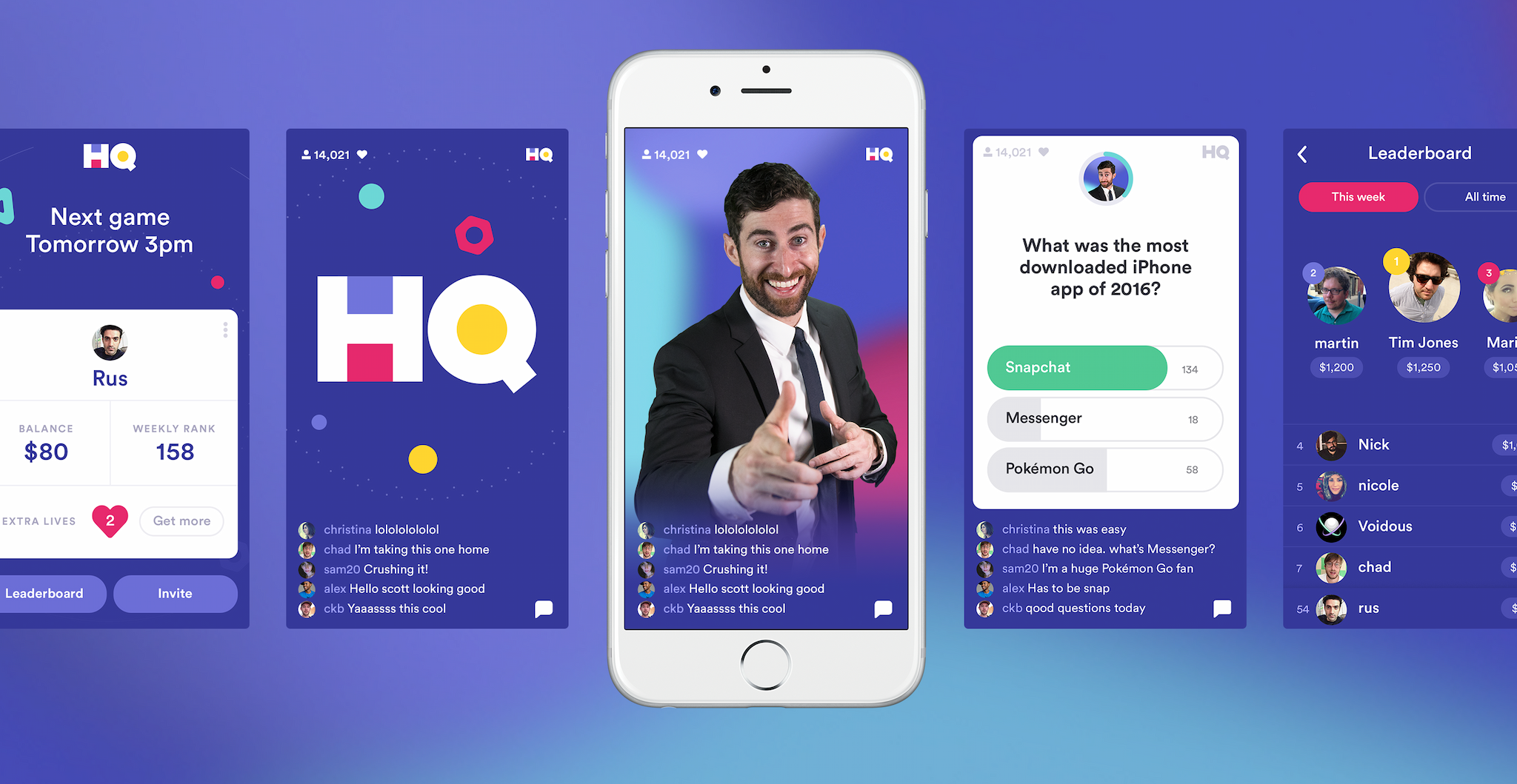 If you've successfully avoided HQ Trivia up until now, congratulations on finding an incredibly secure rock to live under.

Let me catch you up real quick. HQ Trivia is an app-based trivia game that streams live twice per day (once a day on weekends). It's free to play, and players that make it through all 12 questions or so earn a share of the prize money — at least $2,000.

Since its launch in August 2017, HQ has been steadily growing its audience. HQ is sometimes likened to Jeopardy! for millennials, though others think that's giving HQ a bit too much credit while others are convinced that it's already jumped the shark. But the numbers say otherwise — on March 4, more than 2 million players logged on in an effort to win a cut of $50,000 (only 6 players did).

Investment followed. On March 6, Axios reported that the app secured an additional $15 million in funding, with venture capital firm Founders Fund leading the investment round (many players then boycotted the app to protest the funding, which came from Peter Thiel, the venture capitalist and founder of PayPal controversial for his support of Donald Trump, homophobia, and possibly harvesting the blood of the young for his own immortality).

Controversy aside, lots of people think HQ is onto something unique. Here's why the game might be a sign of what's to come in the world of entertainment.

It Makes the Familiar Feel New

In essence, HQ Trivia isn't too far removed from a television show like Who Wants to Be a Millionaire? or Jeopardy! What's new is that just about anybody can participate — and potentially win. The only barrier to entry is access to a smartphone.

HQ Trivia takes advantage of that human instinct to scream at the television when someone gets an obvious question wrong, only now, you can test your wits against other competitors in a setting with stakes.

Even if you don't win, though, the experience is still fun. HQ Trivia is more interactive that the average televised quiz show, and its usual host, Scott Rogowsky, seems like that know-it-all friend of yours, just trapped in your phone.

It Gets People to Tune in at a Set Time

The popularity of Netflix and its ilk mean you get to watch old reruns of Seinfeld whenever you want, not just when the networks decide. But the same is increasingly true for new shows — there isn't as much incentive to watch fresh episodes when they first air. That's why deals for live programming, such as sports events, are more lucrative than ever — because networks can be sure that people will actually tune in. So networks pay big money for these programs, because they can make big money from advertising.

Players have to show up at a certain time to participate in HQ Trivia, and the variability of the jackpots makes it easy for the show's creators to encourage viewership on specific nights.

HQ Trivia's 2.1 million players on March 4 might not seem impressive compared to the Oscars' reported viewership of 32.9 million. Here's the thing, though: the Oscars celebrated its 90th anniversary this year, whereas HQ Trivia just launched seven months ago.

Now, the question is how the company plans to make money from this popularity. The trivia game still has no ads, though that may soon change.

It's easy to imagine that a major company could sponsor a special episode of the show, providing a huge jackpot in exchange for direct access to all these viewers at once. Perhaps networks could sponsor episodes as well, broadcasting them live on television as a lead-in to other programming in an effort to increase viewership.

Of course, there's also the possibility of expanding HQ Trivia's current 15-minute format into a 30- or 60-minute television show itself with a regular time slot. Cyan Banister, a partner at Founders Fund, told Axios that HQ has plans to expand beyond trivia into other kinds of interactive content (what kind is not yet clear). Maybe those programs could fill out the extra time.

Only time will tell if HQ can capitalize on its early success, or if its recent funding will end up doing more harm than good.

Read This Next
Crushing Pressure
Astroworld Theory: Deaths Caused by Human Bodies Acting as "Ocean-Like" Fluid
LIVE FROM NEW YORK!
Elon Musk on SNL: Reactions
Brands We Love
Start the New Year off Right With Thought Provoking Content From CuriosityStream
Brands We Love
This Free Noise Canceling App Mutes Background Noise on Your Conference Calls
App For That
Iowa Tried to Use an App for an Election. It Was a Disaster.
More on Future Society
Going Wireless
Yesterday on futurism
Hackers Took Over a Subdomain of Wired.com for Several Months and Replaced It With Sleazy Online Casino Content
Spreadsheet Guy
Tuesday on the byte
Sam Bankman-Fried Posts Excel Docs That He Says Shows Nothing Was His Fault
Nip Split
Jan 22 on the byte
Meta Board Trashes Facebook's "Convoluted and Poorly Defined" Female Nipple Rule
READ MORE STORIES ABOUT / Future Society
Keep up.
Subscribe to our daily newsletter to keep in touch with the subjects shaping our future.
+Social+Newsletter
TopicsAbout UsContact Us
Copyright ©, Camden Media Inc All Rights Reserved. See our User Agreement, Privacy Policy and Data Use Policy. The material on this site may not be reproduced, distributed, transmitted, cached or otherwise used, except with prior written permission of Futurism. Articles may contain affiliate links which enable us to share in the revenue of any purchases made.
Fonts by Typekit and Monotype.