How Many Stars, Planets and Black Holes Are In the Milky Way Galaxy?

This infographic offers some insight on how much stuff is in the galaxy. 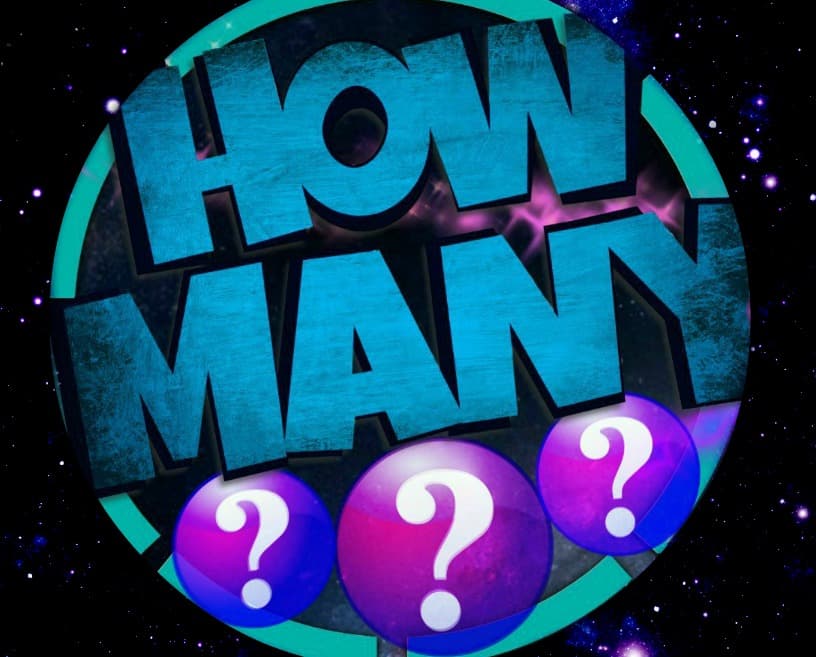 The universe is an extraordinarily large place...there's absolutely no doubt about that. Its dimensions are reckoned in the billions of light-years, and the immense sidereal island universe of our limited experience (the Milky Way galaxy) only occupies a small fraction of that—approximately 100,000 (to 120,000) light-years in all. Compared to the universe (and to some other galaxies, like Andromeda) it may be small, but when you think about its size in respect to Earth, it becomes incomprehensible (we have yet to map even a fraction of it).

In the infographic below, you will find tentative (and by that, I mean VERY tentative) estimates for the number of stars, planets, habitable planets, and black holes within the Milky Way galaxy. (Click on the image to enlarge)

How Many Satellite Galaxies Are There?

Surprisingly, this doesn't have a straightforward answer. Satellite galaxies can be very small, and are sometimes nearly indistinguishable from the Milky Way (especially if the satellite galaxy's stars were absorbed). The criteria is fairly simple: the bound collection of stars must orbit the Milky Way. Merely being close to it isn't quite enough; therefore, what may appear to be a satellite galaxy may not be a satellite at all, but a galaxy that's just passing by.

Assuming all of them are, in fact, tethered to our galaxy, the Milky Way could have at least 50 satellites; as many as 30 are confirmed, and new ones are discovered all the time, and little Virgo I was just recently found floating in the Milky Way's gravitational embrace.

How Many Stars Are in the Milky Way?

In order to calculate the number of stars in the Milky Way, one has to calculate its overall mass. If it weighs 100 billion solar masses, the number would translate to 100 billion Sun-mass stars (of course, not all stars weigh as much as the Sun...many are much smaller, and some are many factors larger as well). More recent calculations suggest it weighs around 400 billion solar masses, so it most likely has 400 billion stars (though it could have as few as 200 billion). (Source: UniverseToday)

It's definitely important to note that a team of researchers presented evidence that the Milky Way isn't nearly so massive after all. If true, this would change almost all of the estimates, perhaps cutting the numbers in half.

It was much more difficult to come up with this number (the estimates vary so much based on conflicting information on Milky Way's mass) but bear with me for a second. In 2012, researchers revealed that every star in the Milky Way has, on average, 1.6 planets orbiting it. In fact, there may be more rogue planets—those which wander space alone, untethered to any parent star—than stars in our galaxy.

Rudimentary math says that, if the Milky Way has 400 billion stars, each with 1.6 planets, there are roughly 640 billion planets. If it winds up having 200 billion stars, 320 billion would remain, which is still pretty damn impressive. (Source: Nature)

How Many Are Potentially Habitable?

As always, just because a planet is deemed habitable by astronomers, there's no guarantee that its conditions are actually conducive for life. The habitable zone merely states that a planet is at the right distance from its star for water to remain on the surface without freezing over or boiling off. That said, my number comes from a 2013 study, which greatly increased the estimate, saying that planets circling red dwarfs—cool, dim and small stars that happen to be far more common than Sun-like and high-mass stars alike—in the Goldilocks zone may be more habitable than previously thought (at least under certain conditions).

Usually, these stars and their planets are tidally locked (much in the same way the Moon is tidally locked to Earth). One side of the planet would be blisteringly hot, whilst the other would always be an icebox—things that would not bode well for extraterrestrial lifeforms. Their research shows that these worlds may be saved by “stabilizing cloud feedback," which could decrease day-facing temperatures, and potentially redistribute some of the heat to the night-facing side. (Source: Astrophysical Journal Letters)

And How Many Black Holes?

Again, this estimate was kind of difficult to find. It also hinges on the number of stars the Milky Way really has. According to NASA, 1 in 1,000 stars are large enough to collapse into a black hole. So, working with the 400 billion number for the amount of stars, we must conclude that there are roughly 400 million black holes in our galaxy.

There's no way of knowing for sure though. Black holes can't be seen directly. We look for things like accretion disks and gravitational lensing (and the like) as a guide. The smaller the black hole is, the harder it is to spot suspicious activity. It is therefore much easier to detect more massive ones, like the supermassive black hole lurking in the center of our galaxy. (Source: HubbleSite)

Read This Next
Falling In
Objects We Thought Were Black Holes May Actually Be Wormholes, Scientists Say
Black Hole Snapshot
Scientists Release Image of Black Hole at Center of Our Galaxy
Sucking Atmospheres
Scientists Spot Ravenous "Vampire" Star Devouring Its Neighbor
The Last Strand
Scientists Puzzled by Weird "Strands" at the Center of Our Galaxy
Absolute Unit
Scientists Discover Gigantic New World that Defies Previous Planetary Understanding
More on Hard Science
Quacks Like a Duck
Yesterday on futurism
Those Headlines About Scientists Building a Wormhole Are Total Nonsense, People
It From Bit
Nov 22 on the byte
A Scientist Is Crowdfunding an Experiment to Check if We Live in a Simulation
Water Carrying
Nov 20 on the byte
Evidence Grows That Soggy Meteorites Gave Earth Its Oceans
READ MORE STORIES ABOUT / Hard Science
Keep up.
Subscribe to our daily newsletter to keep in touch with the subjects shaping our future.
+Social+Newsletter
TopicsAbout UsContact Us
Copyright ©, Camden Media Inc All Rights Reserved. See our User Agreement, Privacy Policy and Data Use Policy. The material on this site may not be reproduced, distributed, transmitted, cached or otherwise used, except with prior written permission of Futurism. Articles may contain affiliate links which enable us to share in the revenue of any purchases made.
Fonts by Typekit and Monotype.