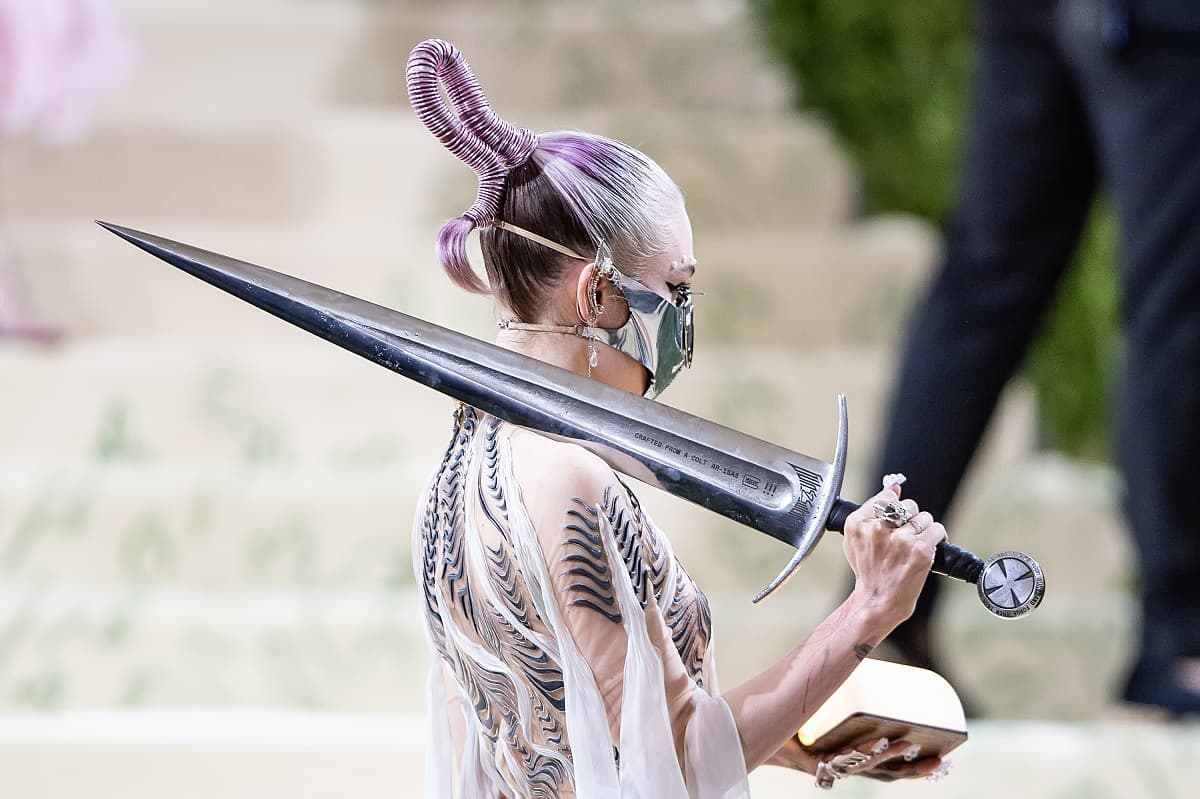 Need any more proof that indie sleaze is back in vogue? Look no further than Claire "Grimes" Boucher's audacious claim that she was the person behind Hipster Runoff's 2012 hack.

In a new video interview with Vanity Fair, Boucher revealed, among other salacious tidbits, that after the infamous and anonymous one-man scenester blog ran a mean post about her that she got an unnamed hacker friend to run a distributed denial of service (DDoS) attack on the site as revenge.

The post in question was, to be fair, quite rude. It featured a Mark the Cobrasnake-esque photo of Grimes kissing a female friend at a party (although it appears to have been taken by Montréal-based nightlife photographer Merlin Bronques) and waxed trashily about how she had "gone wild." This happened a full decade before the Canadian-born artist came out as queer and took place towards the end of an era when bisexuality was still considered more of a party trick than an actual sexual identity.

"Back in the day, like before the woke era, I actually got canceled for this,” Boucher said of the photo. “I was trying to be like, all integrity, and start my career, and it was like ‘Grimes Gone Wild’ or something, and it was just this like, super wack, mean story, and it was like this meme which was going all over the internet."

Though the artist thankfully avoided incriminating her hacker friend by naming the company he works for or the type of tech he "had access to," she did divulge enough to make the story seem believable.

"We were actually able to DDoS Hipster Runoff," Grimes said, referring to the common hacker tool of creating fake traffic to overwhelm a site's servers, "and, um, basically blackmail them."

Another detail that adds credulity to Boucher's story is the fact that Hipster Runoff, which ran from 2007 until 2013, did actually get hacked and taken temporarily offline in 2012. Though the site did resurface after the hack, everyone who's anyone knows that it was never quite the same.

Because nobody who knows the identity of "Carles" has spoken up about who they are in the near-decade since Hipster Runoff shut down, it's almost impossible to corroborate whether Grimes actually was responsible for the hack that killed the website. But in the world of Claire Boucher, who allegedly has two children with Elon Musk and is now reportedly dating famous leaker Chelsea Manning, anything is possible.

More on Grimes: Grimes Says She's Changing Her Baby's Name To Something Else

Read This Next
Sobering News
Ukrainian Hackers Allegedly Cut Off Russian Soldiers' Beloved Vodka Supply
New Baby Just Dropped
Elon Musk's New Baby's Weird Name, Explained
Doge Burglar
Hackers Just Stole Nearly $200 Million from a Crypto Exchange, in the Second Heist in Two Weeks
What's Going On?
Fact Check: Is Facebook Down Because 1.5 Billion Users' Data Was Stolen?
SpaceEx
Okay, These Jokes About Elon Musk and Grimes Breaking Up Are Pretty Funny
More on Future Society
Down in Flames
Yesterday on the byte
Elon Musk Apparently Thinks Twitter Is a "Flaming Dumpster Rolling Down the Street"
All Tomorrow's Pa...
Yesterday on the byte
Party Startup Says It Has Zero Plans to Make Any Money With Investors' Funds
Primate Theft
Tuesday on the byte
It Was a Very Bad Weekend for Monkeys Being Stolen From Zoos, Apparently
READ MORE STORIES ABOUT / Future Society
Keep up.
Subscribe to our daily newsletter to keep in touch with the subjects shaping our future.
+Social+Newsletter
TopicsAbout UsContact Us
Copyright ©, Camden Media Inc All Rights Reserved. See our User Agreement, Privacy Policy and Data Use Policy. The material on this site may not be reproduced, distributed, transmitted, cached or otherwise used, except with prior written permission of Futurism. Articles may contain affiliate links which enable us to share in the revenue of any purchases made.
Fonts by Typekit and Monotype.