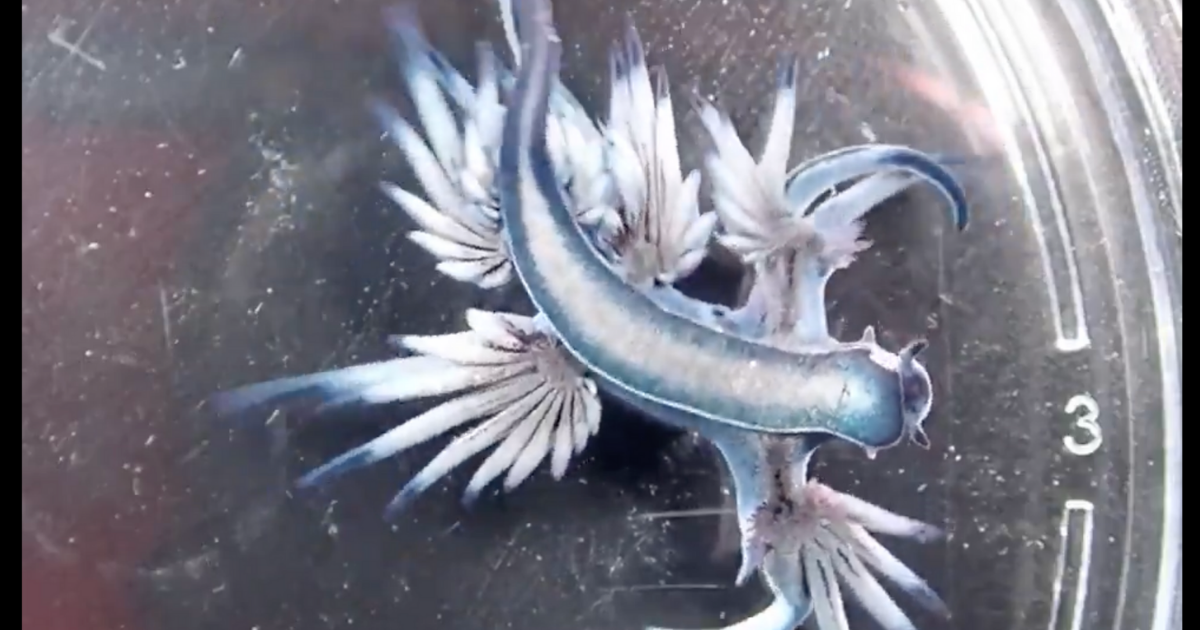 As elite distance swimmer Ben Lecomte approached the edge of the Great Pacific Garbage Patch, he started finding more and more of something unexpected — a lot of life.

Many of Lecomte's findings were captured and examined by researchers from multiple universities around the world in a yet-to-be-peer-reviewed paper published Friday, and co-author Rebecca Helm of the University of North Carolina posted a lengthy tweet thread explaining the study in detail. Helm also included breath-taking photos and video of the wriggly, translucent creatures that call the patch home.

"The blue sea dragons... eat man-o-war and steal their stinging cells. Covering their bodies in an armor made from the weapons of their vanquished prey," Helm said online Friday.

Their predators, the blue sea dragons, who eat man-o-war and steal their stinging cells. Covering their bodies in an armor made from the weapons of their vanquished prey…pic.twitter.com/zeLKnBsqz1

Given the number of fish and animals living in the patch, Helm said on Twitter that cleaning it with physical nets and plastic removal isn't actually such a good idea. Instead, she says we should focus on stopping plastic pollution at the source so the patch doesn't get any bigger.

While cleaning up plastic that's causing the microplastics found in nearly every part of the human body and even newborns, dipping nets into the water to catch garbage also removes the animals living there, a problem Helm highlighted by sharing a 2019 shot of life sucked out of the water in previous cleanup efforts, pictured below.

A more recent 2021 cleanup attempt drew skepticism for the same reason, and earlier in March the nonprofit that conducted both cleanups, called the Ocean Cleanup, was even accused of staging plastic collection photos.

Earlier this year I warned that @TheOceanCleanup would catch and kill floating marine life. This week they announced they're collecting plastic, and their picture shows HUNDREDS of floating animals trapped with plastic (red circles).

Maybe the garbage patches of the world will soon become like tiny versions of the Galapagos Islands, home to species who've evolved to live in a unique environment over time.

Let's just hope animals farther up the food chain are able to adapt, too.

More on environmental change: The World is Running Out of Sand, Scientists Lament