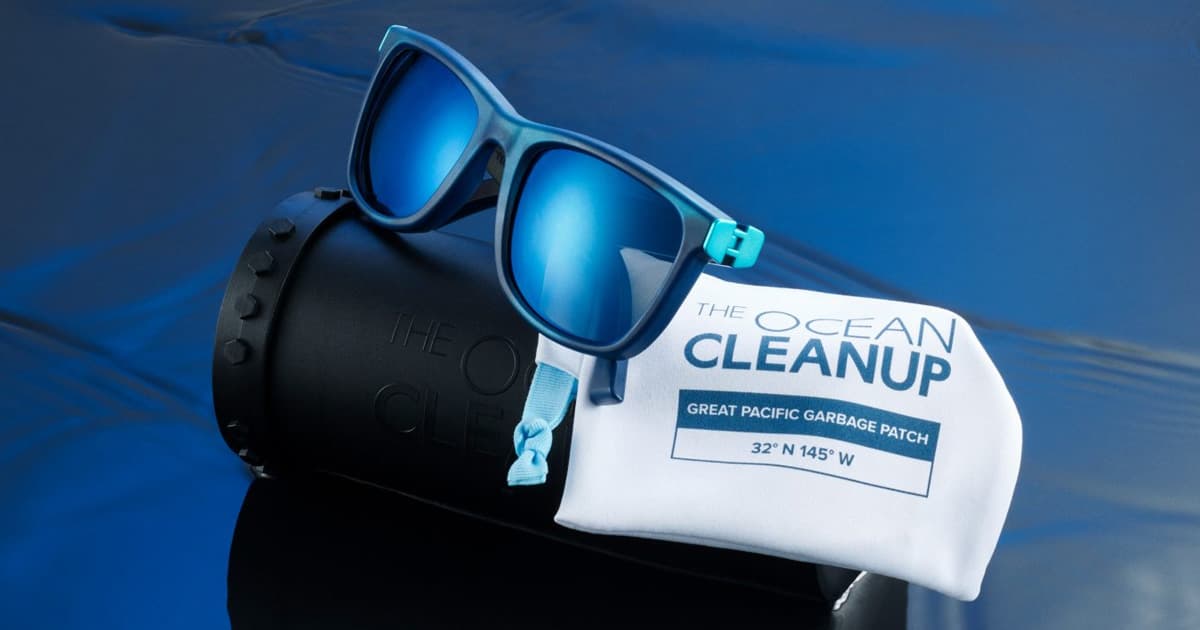 This Nonprofit Is Making Sunglasses Out of Recovered Ocean Waste

"We estimate that the proceeds from just one pair of sunglasses will allow us to clean an area of 24 football fields worth of the Great Pacific Garbage Patch."

"We estimate that the proceeds from just one pair of sunglasses will allow us to clean an area of 24 football fields worth of the Great Pacific Garbage Patch."

The Ocean Cleanup project, a nonprofit that's attempting to clean up the Great Pacific Garbage Patch using specialized floating equipment, is planning to sell the plastic it's collected in the form of stylish sunglasses.

The shades are designed from the ground up to be easily recyclable themselves. They cost a steep $199 each, but the benefits will go straight back into the organization's efforts to keep cleaning up our oceans.

"We estimate that the proceeds from just one pair of sunglasses will allow us to clean an area of 24 football fields worth of the Great Pacific Garbage Patch," the nonprofit said in a statement.

In 2018, the organization started its attempts to scoop up material from a gigantic patch of plastic in the Pacific.

The Ocean Cleanup estimates the patch covers about 1.6 million square kilometers, or about twice the area of Texas, with 100 kilograms of plastic per square kilometer towards the center of the patch.

To tackle it, the organization came up with floating systems that take advantage of ocean currents to capture plastic. It encountered several engineering problems since starting with its first plastic-collecting floating system in 2018, requiring several iterations to properly contain the plastic.

Now, though, the system seems to be working better. In October 2019, the organization announced that its System 001/B was finally successfully capturing and collecting debris after a year of testing.

If the sunglasses all sell out, The Ocean Cleanup claims it can clean 500,000 football fields worth of plastic.

"That means we can use this trash to clean more trash: going full circle, over and over, until we have achieved our mission of clean oceans," the nonprofit said.

More on The Ocean Cleanup: A Huge Trap Is Ready to Start Gobbling Up Ocean Plastic

The Pacific Ocean Is One Step Closer to Being Almost Totally Debris-Free
5. 15. 17
Read More
The "Great Pacific Garbage Patch" Is Even Bigger Than We Thought
10. 7. 16
Read More
This 100 Kilometer-Long Floating Barrier May Soon Be Collecting Our Ocean Trash
6. 27. 16
Read More
+Social+Newsletter
TopicsAbout UsContact Us
Copyright ©, Camden Media Inc All Rights Reserved. See our User Agreement, Privacy Policy and Data Use Policy. The material on this site may not be reproduced, distributed, transmitted, cached or otherwise used, except with prior written permission of Futurism. Fonts by Typekit and Monotype.