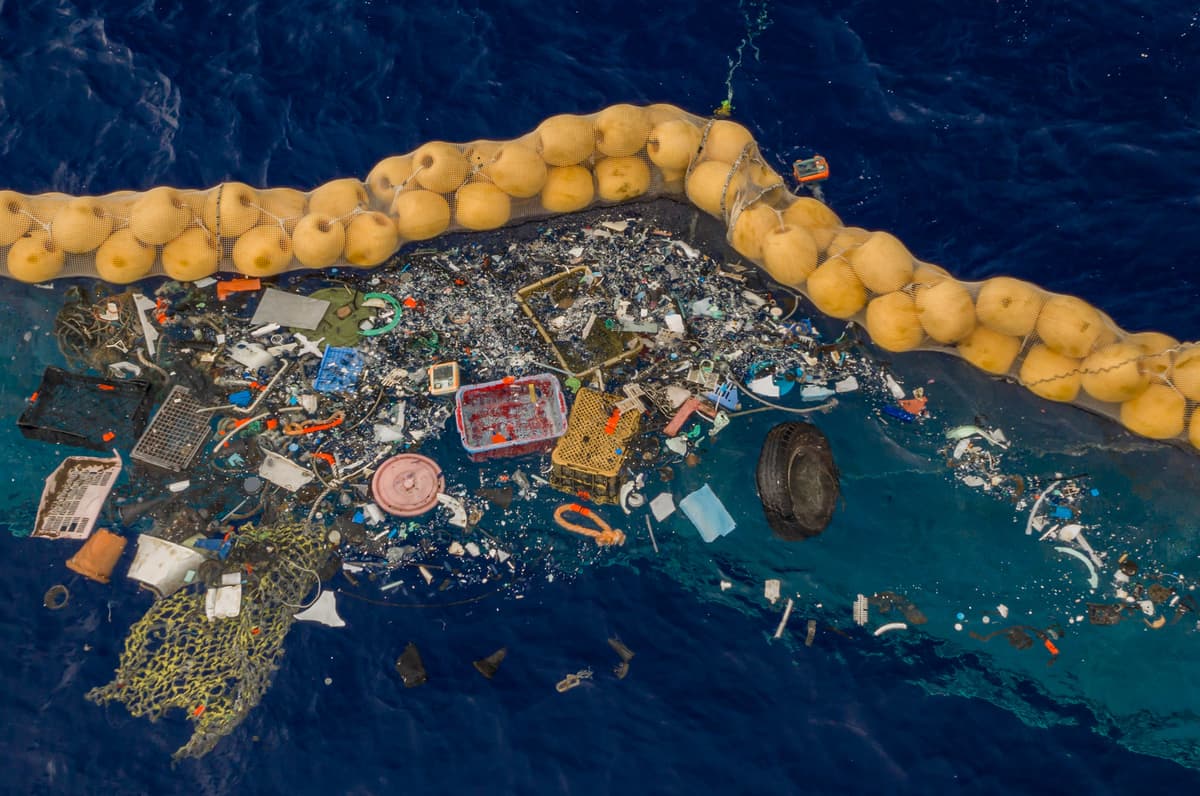 But there are still concerns about its efficacy.

But there are still concerns about its efficacy.

A Dutch inventor has helped create an enormous device that removed nearly 20,000 lbs of plastic out of the Pacific Ocean last week.

Boyan Slat founded the Ocean Cleanup, a nonprofit dedicated to removing 90 percent of floating ocean plastic by 2040, according to Insider. To that end, he and the organization created a device, dubbed "Jenny," that collects plastic in a gigantic system of nets.

The team launched the device in the Great Pacific Garbage Patch in August. Last week, they put it to a final test and successfully collected almost 20,000 pounds of plastic trash out of the ocean.

October 8th, 2021: the final test extraction of System 002, and the moment we knew that cleaning the Great Pacific Garbage Patch is possible. pic.twitter.com/79e1SiNz4h

While Jenny’s system is complex, the basics of it are pretty straightforward. The device is a 330-foot-long floating barrier of funnel-shaped nets. Two vessels tow it through the ocean at the glacial pace of 1.5 knots, while the ocean current pushes plastic into the nets.

The plastic is then hauled to shore where it currently gets recycled into $200 sunglasses — the proceeds of which help fund more cleanup projects.

Slat estimates that 10 Jennys could clean up to 50 percent of the Great Pacific Garbage Patch in five years. However, some experts aren’t as convinced about its overall effectiveness in battling the problems of ocean pollution.

For one, the Jenny system only collects surface-level plastics, while there could be as much as 30 times more plastic at the bottom of the ocean, according to a study published in Marine Conservation and Sustainability. Also, there’s the fact that the vessels used by the Jenny device are powered by fossil fuels.

But Slat is undeterred, and optimistic that his system will ultimately succeed in cleaning up the ocean’s plastic waste.

Lots of things still to iron out, but one thing we now know: deploy a small fleet of these systems, and one *can* clean it up.

Super thankful to all of you for the support that got us here & for the hard-working group of people who pulled this off!!!

READ MORE: A half-mile installation just took 20,000 pounds of plastic out of the Pacific — proof that ocean garbage can be cleaned [Insider]

More on pollution: No, Plastic Pollution Isn’t Driving Crabs into a Sexual Frenzy