Who needs to own anything anyway? 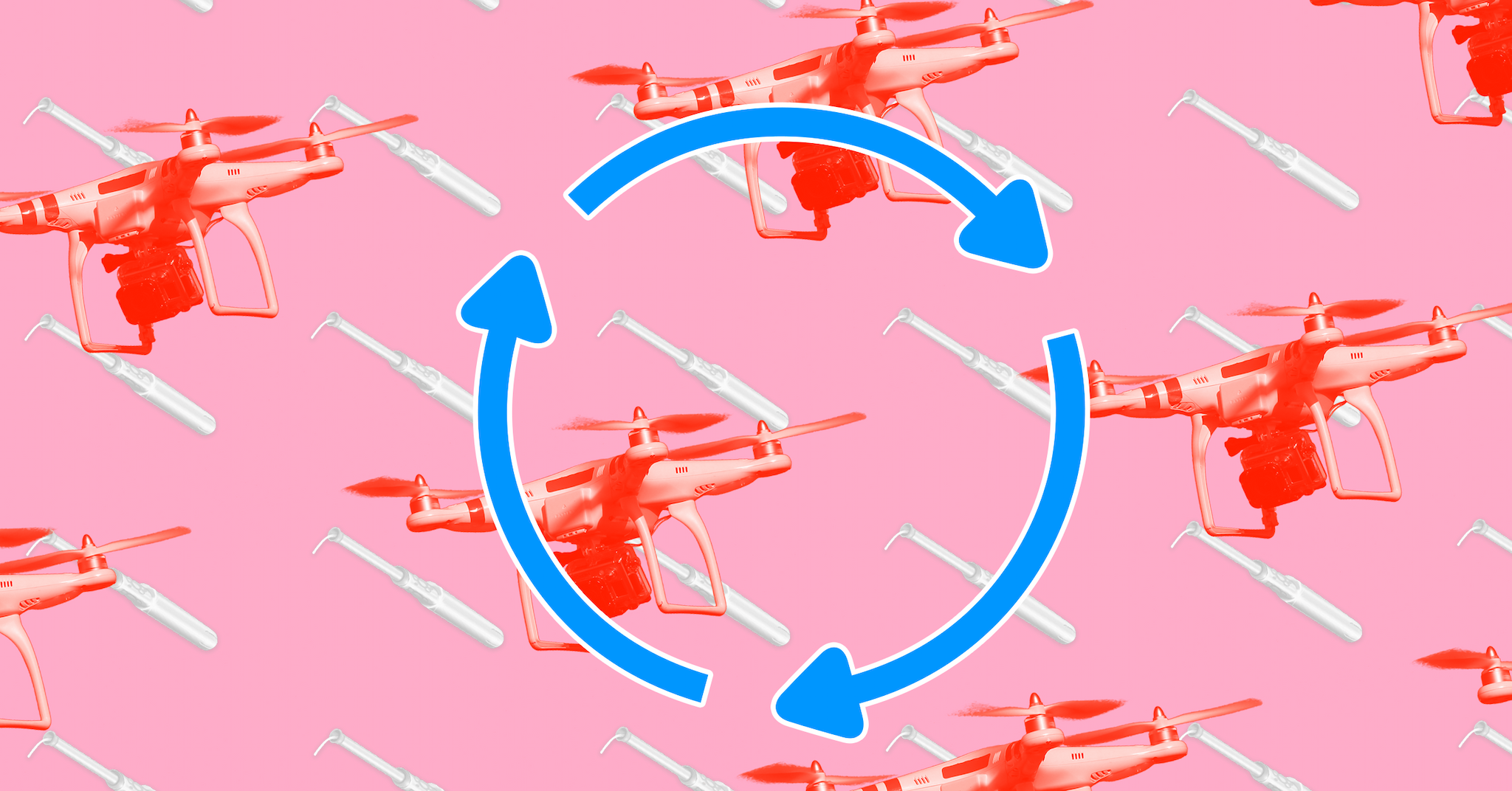 Assets of an American 29-year-old in 2018: a fold-up bicycle purchased via Craigslist, a laptop, a pair of decent headphones, a smartphone with a cracked screen.

Are you seeing what I'm seeing here? Yes: owning things is so 20th century.

Luckily, a service called Fat Lama will soon eliminate this last bastion of ownership for good.

Fat Lama launched in the United Kingdom two years ago, but it recently raised a substantial $10 million in funding, Business Insider reports, and plans to expand internationally.

The purpose of the site is simple: it allows users to rent and lease "almost anything" — from a classic VW Camper to a high-end drone. The lender charges a small fee for the convenience. The result: renters save time, have access to better stuff, and make a buck on the side.

The so called "sharing economy" — a collaborative system in which a group of peers share access to the same goods and services — has gobbled up almost every aspect of our lives. We get a ride from Uber, ditch hotels for AirBnBs, rent bikes and electric scooters to get around downtown, and event rent office space with the use of an app.

But will we actually benefit from not owning anything, or are we being cheated out of the assets once coveted and revered by our forbearers? Once all the Ubers-of-everything shutter, will we be left naked, alone, unable to maintain a car or screw in a light bulb, devising shelter under a pile of demolished electric scooters?

It's probably fine, honestly. Here are some reasons the sharing economy and Fat Lama are a great thing:

Granted, insurance can be fickle. Changing terms of service, uncommon circumstances, and in the event of the startup itself closing down, could mean you fall through the cracks, and end up paying a lot more than you bargained for.

Plus, the sharing economy relies on people being, you know, decent. If people are going to start pooping on shared electric scooters, how are we supposed to trust them with anything else? To share our finite possessions, we're gonna have to get along.

Fat Lama plans to expand to the US in the next couple of years. And it seems like a pretty natural fit. "People in the US are used to monetizing their cars and their houses," CEO Chaz Englander tells Business Insider. "Uber and Airbnb both took off in the U.S. first, so the concept of sharing your property is already really ingrained there."

Indeed, it seems as though we will soon hit peak sharing economy. But we're going to have to get along with our neighbors if it's going to stick.

Read This Next
Out of the Penalty Box
The Disgraced Uber Guy Is Back With a Fun New Plan to Kill Restaurants
Brands We Love
Find a Lucrative Rental Property in Minutes With This Innovative Investment Platform
Pod Life
People Love Living in Pods So Much They're Getting Neck Tattoos About It
Sleep Tight
Airbnb Hosts Are Spying on Guests With Hidden Cameras
Old Timers
Senior Citizens Are Using an App to Order "On-Demand Grandkids"
More on Future Society
Gas Giant
Yesterday on the byte
Journalist Eats Lab-Grown Chicken, Gets "Weirdly Gassy"
Musk Rats
Thursday on the byte
Twitter Is Quietly Re-Suspending the Lunatics Elon Musk Let Back On
Going Wireless
Wednesday on futurism
Hackers Took Over a Subdomain of Wired.com for Several Months and Replaced It With Sleazy Online Casino Content
READ MORE STORIES ABOUT / Future Society
Keep up.
Subscribe to our daily newsletter to keep in touch with the subjects shaping our future.
+Social+Newsletter
TopicsAbout UsContact Us
Copyright ©, Camden Media Inc All Rights Reserved. See our User Agreement, Privacy Policy and Data Use Policy. The material on this site may not be reproduced, distributed, transmitted, cached or otherwise used, except with prior written permission of Futurism. Articles may contain affiliate links which enable us to share in the revenue of any purchases made.
Fonts by Typekit and Monotype.