Elon Musk is in even more trouble now. 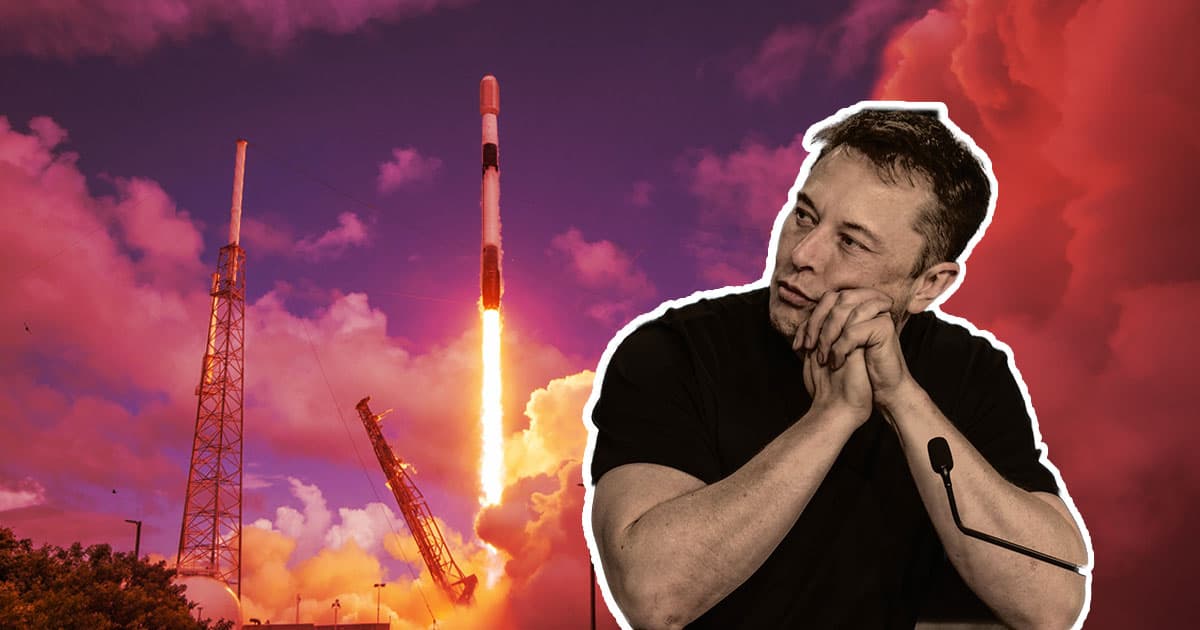 SpaceX could be in deep trouble.

The Federal Communications Commission announced this week that Elon Musk's space venture won't receive almost $900 million in promised subsidies for its Starlink satellite internet business after all — a substantial setback that couldn't have come at a worse time for the billionaire entrepreneur.

The federal regulator was counting on SpaceX speedily getting its high-speed internet service up and running across rural America, but the company "failed to demonstrate that [it] could deliver the promised service," according to an announcement by FCC chairwoman Jessica Rosenworcel.

"Starlink’s technology has real promise," she said. "But the question before us was whether to publicly subsidize its still-developing technology for consumer broadband — which requires that users purchase a $600 dish — with nearly $900 million in universal service funds until 2032."

The controversial grant was handed out by former FCC chairman Ajit Pai under the Trump administration, back in December 2020. The commission doled out around $9 billion in funding to 180 different broadband providers at the time, as part of the Rural Digital Opportunity Fund, though critics did accuse Pai of mismanaging the auction and sending funds to the wrong areas.

But SpaceX's application for the almost $1 billion boost — the largest tranche meant to bring broadband service to 642,925 locations across 35 states — has now been rejected, leaving a major hole in SpaceX's efforts to roll out its global internet service.

And remember, for context, that Starlink is the backbone of Musk's vision for the company — to the degree that he explicitly mentioned the service when he warned employees of a possible SpaceX bankruptcy in a leaked email late last year.

Helping Musk succeed, though, isn't the mandate of the federal government.

"After careful legal, technical, and policy review, we are rejecting these applications. Consumers deserve reliable and affordable high-speed broadband," Rosenworcel wrote in her announcement. "We must put scarce universal service dollars to their best possible use as we move into a digital future that demands ever more powerful and faster networks."

"We cannot afford to subsidize ventures that are not delivering the promised speeds or are not likely to meet program requirements," she added.

It's yet another setback for Musk, who has been embroiled in a fierce legal battle to buy Twitter as of late, a chaotic and expensive mess of his own making.

The news comes after official filings revealed that Elon Musk sold almost $7 billion worth of Tesla shares in an apparent backup plan in case he does have to shell out the promised $44 billion to buy Twitter after all.

SpaceX also recently encountered some setbacks with the development of its gigantic Starship spacecraft, with a prototype booster briefly going up in flames last month.

The company's efforts to build a global satellite network, however, has made significant strides — despite remnants of a Russian anti-satellite weapons test careening into a close call with hundreds of the company's satellites.

As of last month, SpaceX has sent over 2,700 satellites into low-Earth orbit. Just on Wednesday, the company managed to successfully deliver another 52 of the small micro-satellites into orbit using its workhorse Falcon 9 rocket.

How significant an obstacle the FCC setback will prove remains to be seen.

But losing out on almost $1 billion in governments is bound to sting regardless.

More on Starlink: Russian Space Junk "Squalls" Are Really Gumming Up the Works for SpaceX

Read This Next
Shot Well
Head of NASA Relieved to Hear Elon Musk Isn't REALLY Running SpaceX
Makeover Scene
Space Tourist Says He's Thinking About Flying SpaceX Craft Up to Fix Hubble
Grain of Salt
There's a Huge Problem With Elon Musk's Promise to Bring Starlink to Iran
Sluggo Mode
SpaceX Has a Major Problem With Its Starlink Internet Connections
Sabers Rattled
Russia Issues Veiled Threat to Shoot Down Pesky SpaceX Satellites
More on Off World
Take Cover
4:11 PM on the byte
Space Startup Blows Up Another Giant Inflatable Space Station Module
Rock Blast
3:28 PM on the byte
Scientists Say There's an Upside to Those Rocks That Keep Bludgeoning the James Webb
Meathead Theory
2:57 PM on the byte
Professor Receives Insane Email Claiming "Biological" Green Comet Is Giving Off "Meat Smoke"
READ MORE STORIES ABOUT / Off World
Keep up.
Subscribe to our daily newsletter to keep in touch with the subjects shaping our future.
+Social+Newsletter
TopicsAbout UsContact Us
Copyright ©, Camden Media Inc All Rights Reserved. See our User Agreement, Privacy Policy and Data Use Policy. The material on this site may not be reproduced, distributed, transmitted, cached or otherwise used, except with prior written permission of Futurism. Articles may contain affiliate links which enable us to share in the revenue of any purchases made.
Fonts by Typekit and Monotype.