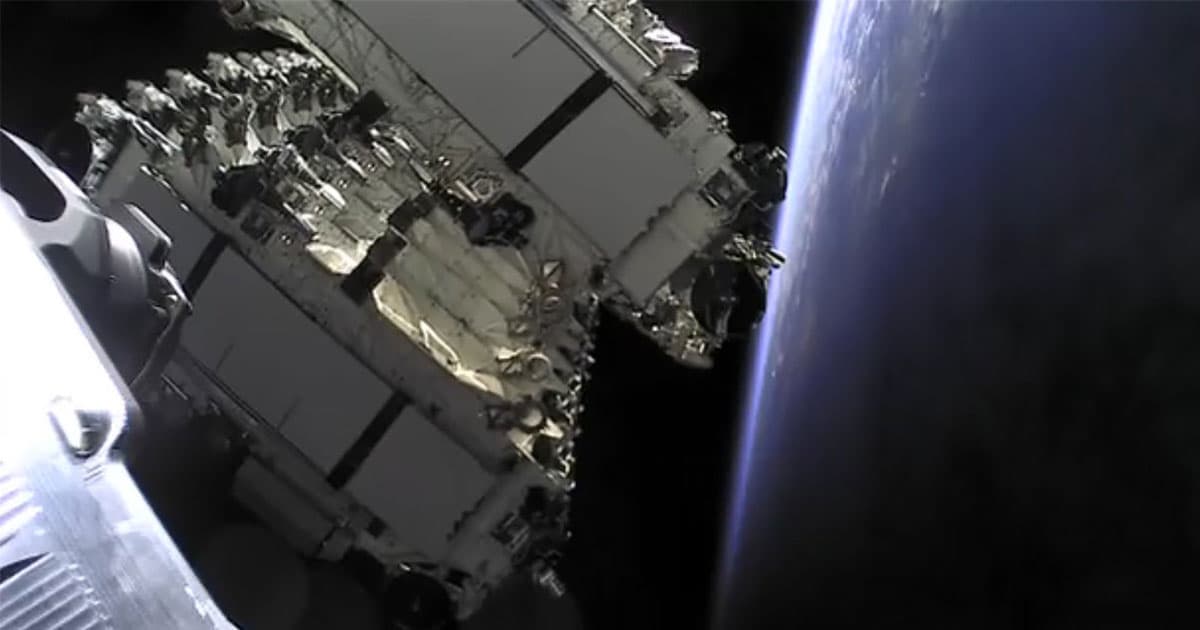 Russia's anti-satellite weapons test against one of its own satellites is absolutely wreaking havoc on SpaceX's activities in low-Earth orbit.

As SpaceNews reports, the debris from a Russian anti-satellite demonstration that took place in November 2021 is now screwing with a bunch of the private space company's Starlink internet satellites.

According to Dan Oltrogge, chief scientist at satellite risk assessment company COMSPOC, 841 Starlink satellites — a whopping 30 percent of the existing satellite constellation — had close calls with debris from a Russian ASAT "conjunction squall" that occurred after the country destroyed its own intelligence satellite during last year's missile test.

At the Small Satellite Conference in Utah earlier this week, Oltrogge said that there had been more than 6,000 close approaches between the Starlink satellites and the Cosmos debris, though he did not, as SpaceNews notes, reveal how many had to be maneuvered out of the way of the flying Russian space junk.

While the Russian satellite debris was already an issue before this latest fleet of Starlink satellites were launched, the new series has exacerbated it, because its orbits seem to be lining up, according to Oltrogge.

"It’s the very orbit that’s put at risk by the ASAT," he said.

SpaceX is well equipped, he added, to be able to maneuver out of the way of ASAT "squalls" like this one.

"If you didn’t have that automated system taking care of a spike like this," Oltrogge said, "it could be really challenging to work it though."

It may also pose a risk to the International Space Station as well, the scientist said — and if that happens, you can bet that NASA will have something to say about it. Besides, it's working relationship with Roscosmos is already pretty tense.

More on ASAT: Everyone's Condemned Russia Blowing Up a Satellite... Except Elon Musk