A Dead Star Gave Off Something Scientists Have Never Seen Before

Well, that was surprising. 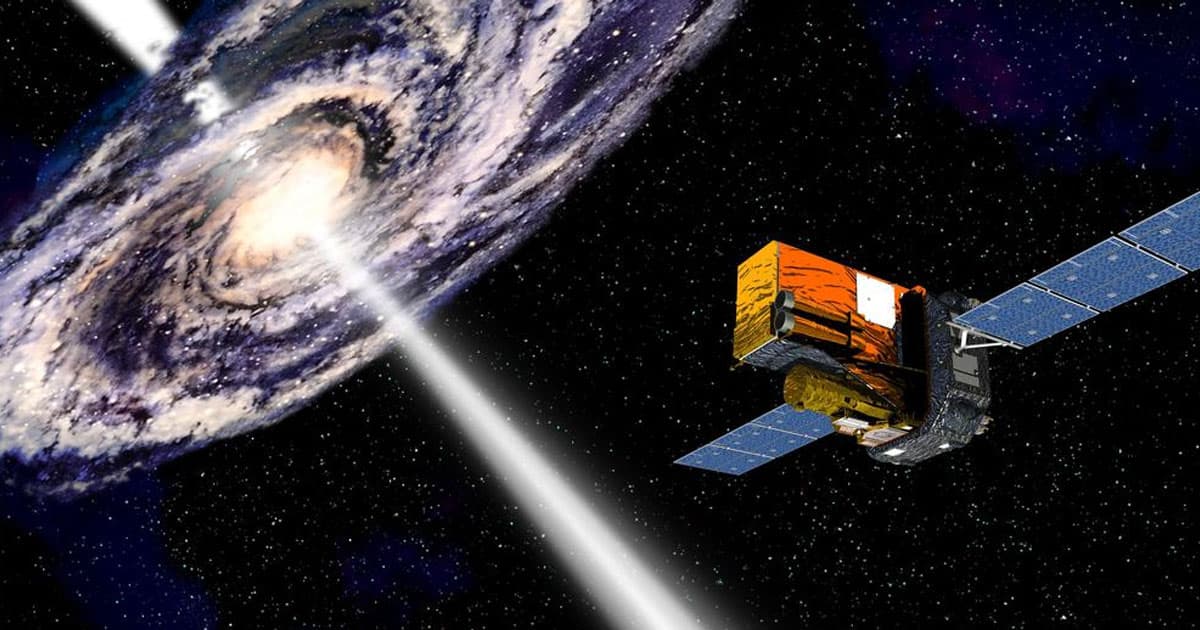 An international team of astronomers say they observed a magnetar — the remains of a dead star with an extremely powerful magnetic field — unleash a burst of high-energy radiation made up of X-rays and radio waves that have never previously been observed.

It was likely a type of mysterious cosmic outburst referred to as fast radio burst (FRB), which have long puzzled astronomers. But thanks to a new study about the strange magnetar, published this week in the Astrophysical Journal Letters, that could be starting to change.

In late April, the international team spotted something entirely unprecedented: an FRB originating within the Milky Way, emanating from a magnetar called SGR 1935+2154, some 30,000 light-years away from Earth.

These outbursts tend to be so bright that they're billions of times more luminous than the Sun — but only last for a split second.

The discovery was made possible by the "Burst Alert System" built into the European Space Agency's INTEGRAL (International Gamma-Ray Astrophysics Laboratory) space telescope, which "automatically alerted observatories worldwide about the discovery in just seconds," as Sandro Mereghetti, astrophysicist at the National Institute for Astrophysics in Milan, Italy, and lead author, explained in a statement.

FRB hunters at the Survey for Transient Astronomical Radio Emission 2 (STARE2) in the US were able to confirm the dazzling sight just hours later.

The observation could settle the major mystery surrounding FRBs: whether they do indeed originate from magnetars.

"We've never seen a burst of radio waves, resembling a Fast Radio Burst, from a magnetar before," Mereghetiti sated. "This is the first ever observational connection between magnetars and Fast Radio Bursts."

"It truly is a major discovery, and helps to bring the origin of these mysterious phenomena into focus," he added.

More on the burst: Scientists Detect Powerful Radio Burst Coming From Our Own Galaxy