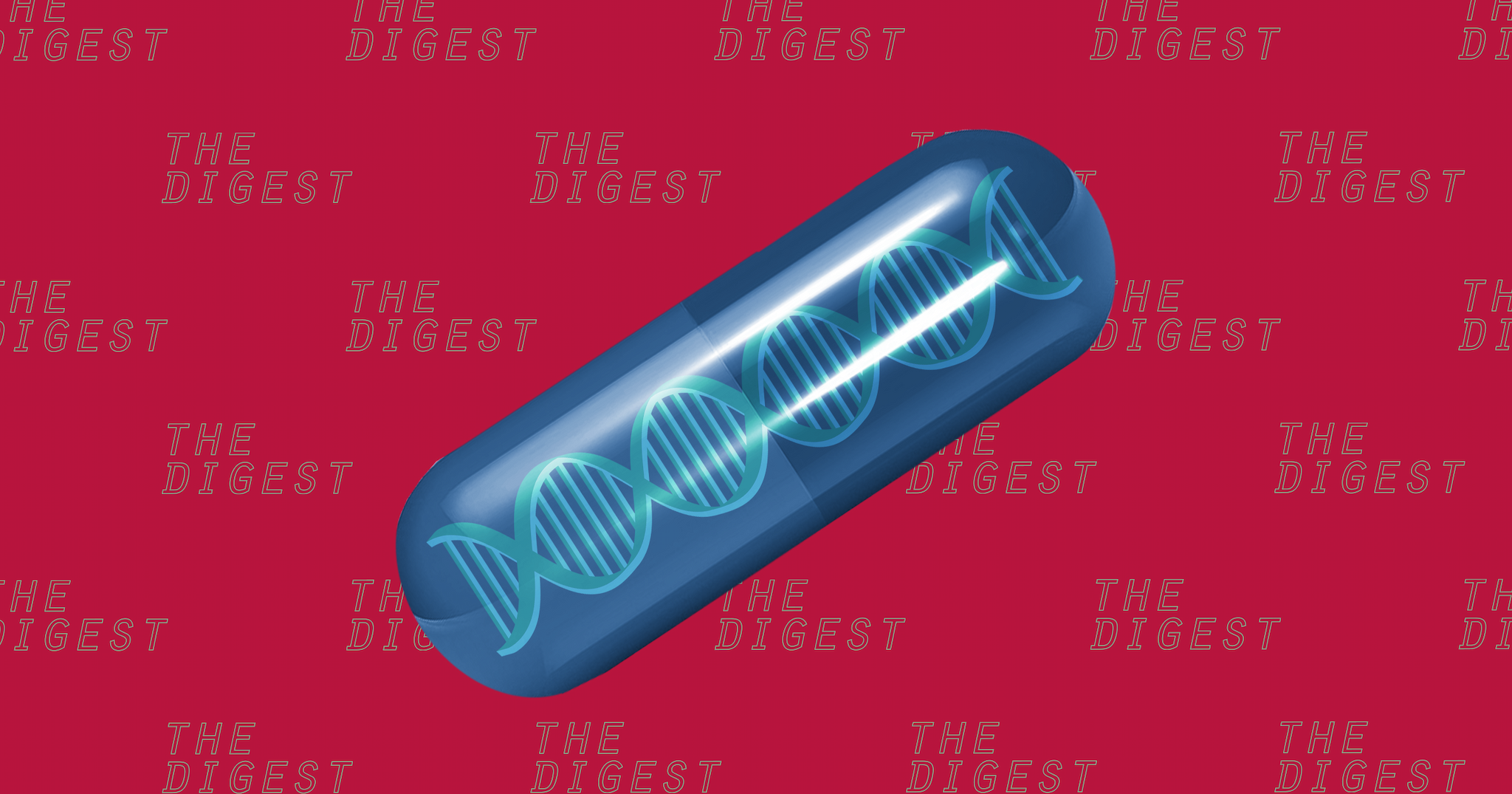 23andMe is Teaming Up With A Pharma Company. You Shouldn't Be Surprised.

It's a for-profit company, and it saw a way to make money.

It's a for-profit company, and it saw a way to make money.

BIG MONEY, BIG PHARMA. Want to unlock the secrets hidden in your DNA? Go for it, as long as you're prepared to have those secrets shared with Big Pharma.

On Wednesday, 23andMe announced a four-year collaboration with multi-billion dollar British pharmaceutical company GlaxoSmithKline (GSK). For the duration of the deal, 23andMe will only collaborate with GSK on any drug development projects. It will provide GSK with access to its database of genetic information, as well as its analysis tools; GSK will contribute its expertise in discovering, developing, and commercializing drugs.

As part of the deal, GSK bought $300 million in equity in 23andMe. The companies will co-fund any projects together, splitting any proceeds from newly discovered drugs or treatments.

NO SURPRISE. Ultimately, the deal with GSK really shouldn't come as a shocker to anybody. 23andMe was already providing researchers with access to its data in exchange for money. “We have a lot of research partnerships,” Kate Black, the company’s head of privacy, told Gizmodo in April 2017. “Some of these include financial remuneration.”

But many of those previous partners were academics or worked at nonprofits, such as the Michael J. Fox Foundation for Parkinson's Research. Now, for the next four years at least, only one for-profit company will have permission to access 23andMe's database — it'll essentially have a monopoly on the wealth of information 23andMe has collected since its inception.

As 23andMe CEO Anne Wojcicki wrote in a blog post published Thursday, customers have the option to opt-in or opt-out of sharing their data at any time, so someone who opted-in a year ago could choose to opt-out in light of this new deal with GSK (though the idea of ever really stopping the spread of your genomic data once you've shared it might be a pipe dream).

THE BOTTOM LINE. Whether customers choose to opt-in or not, the idea of two for-profit companies teaming up to trade personal information about one company's customers in this way doesn't sit right with at least one expert.

"It's one thing for NIH (the National institutes of Health) to ask people to donate their genome sequences for the higher good," Peter Pitts, president of the Center for Medicine in the Public Interest, a healthcare research and education nonprofit, said to NBC News. "But when two for-profit companies enter into an agreement where the jewel in the crown is your gene sequence and you are actually paying for the privilege of participating, I think that's upside-down."

The key word in all of that is "for-profit." 23andMe never marketed itself as anything other than a for-profit company, so if you're surprised it's now selling access to your DNA profile to the highest bidder, maybe you just haven't been paying attention.

Brands We Love
Learn About Your Past and Take Control of Your Future With 23andMe Health + Ancestry
10. 30. 19
Read More
Second Draft
23andMe Is Updating Ancestry Results Without Telling Users
5. 22. 19
Read More
Scientists Identify 15 Genes Related to Depression, Thanks to Crowdsourced Genetic Study
8. 2. 16
Read More
+Social+Newsletter
TopicsAbout UsContact Us
Copyright ©, Camden Media Inc All Rights Reserved. See our User Agreement, Privacy Policy and Data Use Policy. The material on this site may not be reproduced, distributed, transmitted, cached or otherwise used, except with prior written permission of Futurism. Fonts by Typekit and Monotype.