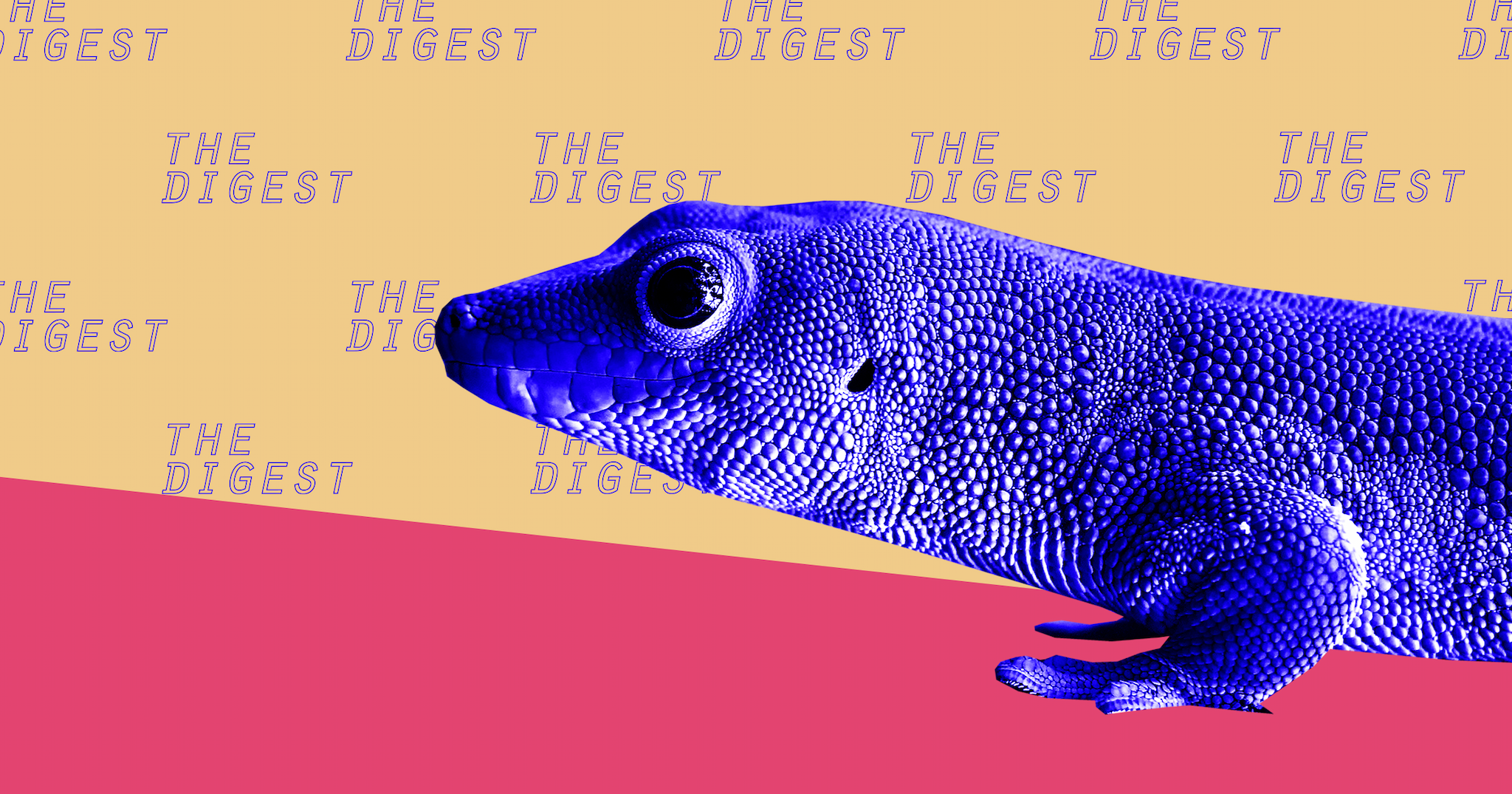 Geckos Can Regenerate Parts of Their Brain, Which Could Help Us Heal Our Own

Geckos can regrow more than just their tails.

Geckos can regrow more than just their tails.

LIZARD BRAINS. We knew that they can regenerate their tails (and spinal cords). But it turns out that geckos can regenerate parts of their brain, too, according to researchers from the University of Guelph. That’s cool for geckos, but it could be cool for us, too; it could signal a new area of research for the treatment of human brain injuries and degeneration. The researchers published their study last month in the journal Scientific Reports.

Because geckos can regenerate various parts of their bodies, the researchers suspected there might be something interesting going on in gecko brains, too. So they injected leopard geckos with a chemical label they could then detect within the DNA of any newly formed cells. This allowed them to see new cells as they turned up in the geckos’ brains.

They found many more of them than they anticipated. The researchers were also able to identify a type of stem cell that regularly turned into brain cells in the animals’ medial cortex, a part of the brain that serves the same function as the hippocampus in humans. This is the first time scientists knew that stem cells were involved in the formation of new neurons in the leopard gecko’s brain.

LIZARDS = PEOPLE? Lizards are more closely related to humans than amphibians or fish, which are the subjects of most regeneration research, lead researcher Rebecca McDonald said in a news release. So the discovery that geckos can regenerate parts of their brain could change the way we study the human brain, perhaps more profoundly than previous regeneration studies.

“The findings indicate that gecko brains are constantly renewing brain cells, something that humans are notoriously bad at doing,” said Matthew Vickaryous, McDonald’s co-author on the study, in the news release. “The next step in this area of research is to determine why some species, like geckos, can replace brain cells while other species, like humans, cannot.”

LIZARDS ≠ PEOPLE. Even if we figure out why humans can’t regenerate brain cells the way geckos do, though, it doesn’t mean we’ll know how to change our biology to more closely mimic theirs. Still, given the remarkable complexity of the human brain, any new understanding of its inner workings is a step toward better treatments for injuries, diseases, and degeneration.

READ MORE: U of G Study Is First to Find Evidence That Leopard Geckos Can Make New Brain Cells [University of Guelph]

More on regeneration: An Organism That Regenerates Could Allow Us to Heal Humans

Brands We Love
Feel Like Your Memory Is Slipping? This Brain-Boosting Online Bundle Will Get You Back in Shape
5. 12. 20
Read More
Neural Pokédex
Scientists Identify “Pokémon Region” in Gamers’ Brains — Seriously
5. 7. 19
Read More
Brain Scans Of Stressed Pilots Uncover A Big Problem With How We Do Science
5. 22. 18
Read More
+Social+Newsletter
TopicsAbout UsContact Us
Copyright ©, Camden Media Inc All Rights Reserved. See our User Agreement, Privacy Policy and Data Use Policy. The material on this site may not be reproduced, distributed, transmitted, cached or otherwise used, except with prior written permission of Futurism. Fonts by Typekit and Monotype.