Facebook is Making Progress on Its Mind Reading Headset 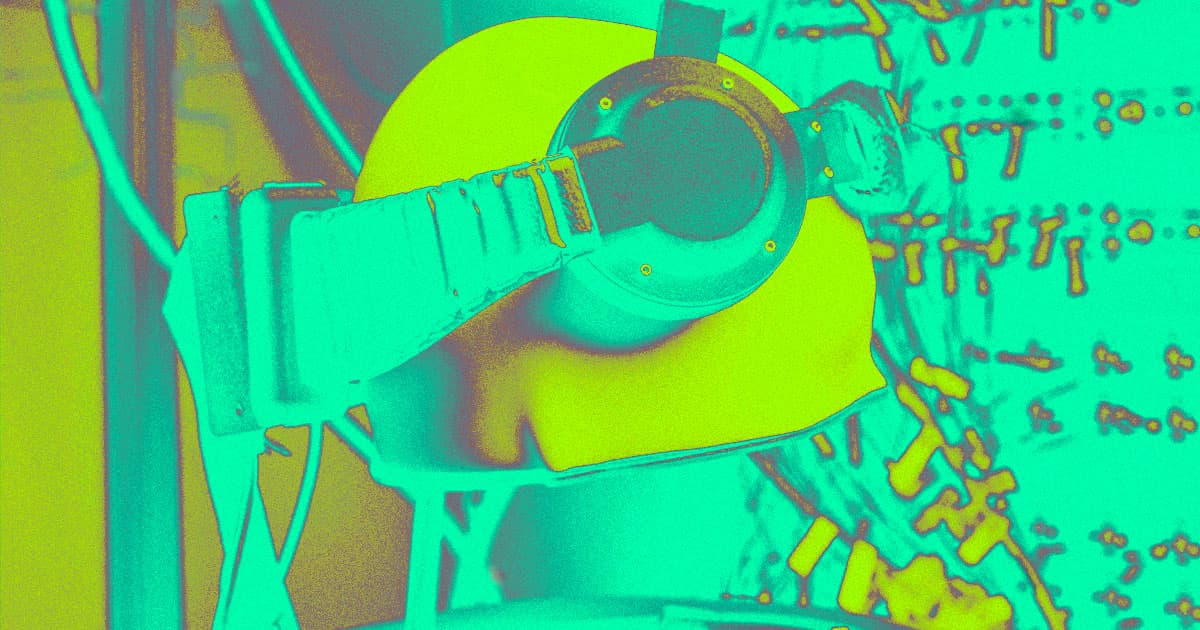 In 2017, Facebook announced that it was working on a brain-computer interface that designed to let users type by simply thinking words. And today, the company revealed for the first time how far it's come in its quest to make such a device a reality.

"Imagine a world where all the knowledge, fun, and utility of today’s smartphones were instantly accessible and completely hands-free," reads a Facebook blog post from today. "Where you could connect with others in a meaningful way, regardless of external distractions, geographic constraints, and even physical disabilities and limitations."

The meat of today's announcement: Facebook says it's collaborating with researchers at the University of California in San Francisco to build a device that could help patients with neurological damage speak again by analyzing their brain activity in real time.

In an article published in the journal Nature Communications today, the team of researchers shared their latest progress on such a device.

In the experiments, they asked participants a question and directed them to say the answer out loud. By examining readings from high-density electrocorticography monitors — electrodes that are surgically implanted directly on the surface of the brain — they could figure out the answer with accuracy rates "as high as 61 percent" by looking at brain signals alone.

The researchers claim that their results "demonstrate real-time decoding of speech in an interactive, conversational setting, which has important implications for patients who are unable to communicate."

But there are plenty of areas that still need work — especially considering the researchers' goal of "real-time decoding speed of 100 words per minute with a 1,000-word vocabulary and word error rate of less than 17 percent," according to Facebook.

During the initial trials, the vocabulary of possible answers was extremely limited and the success rate leaves plenty of room for improvement.

And then there's the invasiveness of surgically placing electrodes directly on the surface of the brain — a very different model than a sleek headset that's meant for mainstream consumers.

In other words, Facebook isn't going to get inside your thoughts any time soon. A device that can allow us all to move a mouse, type Facebook comments, and play games with our thoughts alone is still many years, if not decades, out.

And it's also bound to raise plenty of questions concerning privacy. Our thoughts are one of the last safe havens that have yet to be exploited by data hoarding big tech companies.

"To me the brain is the one safe place for freedom of thought, of fantasies, and for dissent," Nita Farahany, a professor at Duke University who specializes in neuro-ethics, told MIT Technology Review. "We’re getting close to crossing the final frontier of privacy in the absence of any protections whatsoever."

More on Facebook's device: Zuckerberg: Facebook is Building a Machine to Read Your Thoughts

Read This Next
Meta Material
Christmas Present VR Headset Sends Boy to the Hospital
Personality Construct
Gaming CEO: Brain Interfaces Will Allow Us to Edit Our Feelings
Futurism
Build A Better Brain With This Memory Mastery Course
Brain Switch
Scientists Gave Ketamine to Sheep and Were Baffled by the Result
Spinal Fantasy
Cutting-Edge Brain Implant Lets Paralyzed Man Move and Feel Again
More on Sci-Fi Visions
FROM THE DEPT. OF...
Tuesday on futurism
Early 4th of July 2022 Deals You Can Get Right Now
Plastic Press
Monday on the byte
Kenyan Engineer Invents Method to Turn Waste Plastic Into Sturdy Construction Bricks
FROM THE DEPT. OF...
Jun 26 on futurism
Best Tablets for Note-Taking in 2022
READ MORE STORIES ABOUT / Sci-Fi Visions
Keep up.
Subscribe to our daily newsletter to keep in touch with the subjects shaping our future.
+Social+Newsletter
TopicsAbout UsContact Us
Copyright ©, Camden Media Inc All Rights Reserved. See our User Agreement, Privacy Policy and Data Use Policy. The material on this site may not be reproduced, distributed, transmitted, cached or otherwise used, except with prior written permission of Futurism. Fonts by Typekit and Monotype.