The Haunting, Beautiful Drone Footage of Cities Under Quarantine

From London to Manhattan, you've never seen cityscapes this empty before. 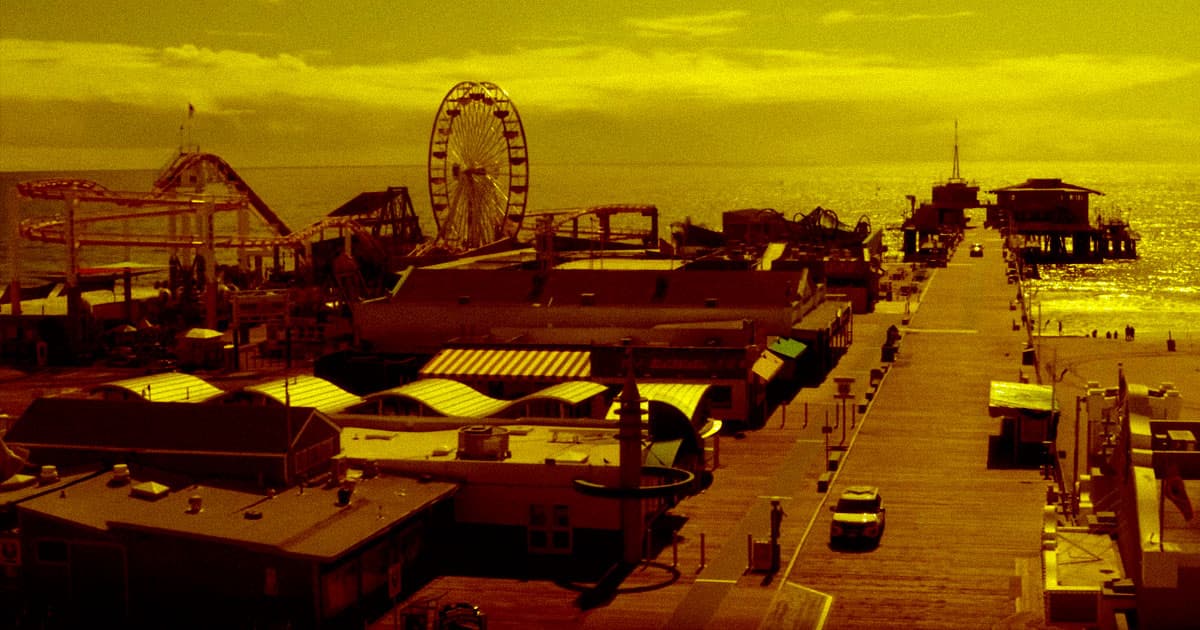 As the coronavirus rages, huge swathes of the world population are choosing to stay home to prevent spreading it.

The result is an unprecedented desolation in urban centers. It almost evokes a post-apocalyptic movie — except that you know that everybody's still out there, hiding out at home. In a must-read photo essay, The New York Times called it a "great emptiness."

Here are some of the most incredible drone videos to capture that enormous public loneliness.

This is where the devastation all began, just months ago — and this footage shows its public areas largely abandoned, beneath ominous grey skies.

It's hard to imagine the City of Angels without throngs of tourists, film crews and the occasional star. In this clip, though, it looks as desolate as the set of a post-apocalyptic film.

France has been slammed by the coronavirus — and it shows in this eerie footage of its iconic streets, all but empty as residents shelter indoors.

The sheer scale of Manhattan gives a strange gravity to its near-empty streets — especially at night.

It's hard to imagine Boston with the hubbub of a Red Sox game or a show at TD Garden. But this haunting footage shows Fenway Park as deserted as the city streets.

London's classic streetscapes and quintessential subway stations don't feel quite the same without a crush of commuters and travelers.

Nashville, compared to major metropolises, is a small town. But this clip of its main drag, almost completely deserted, shows what it's like when Music City goes silent.

And finally, from photographer Noah Kalina, check out this thread of webcams on various destinations around the world:

Read This Next
Walls Up
China Is Building a Huge New Wall to Allegedly Keep COVID Out
Sexy Masks
Study: Face Masks Make People Look More Attractive
Stranded
Man Lost at Sea for 30 Days Says It Was a "Nice Break" From Pandemic
Throwing Memes
Chinese State News Agency Floods Social Media With Anti-America COVID Memes
Tell All
"No Chance Is a Corporation Going Near My Brain": Futurism Mailbag
More on Future Society
Gas Giant
5:25 PM on the byte
Journalist Eats Lab-Grown Chicken, Gets "Weirdly Gassy"
Musk Rats
Yesterday on the byte
Twitter Is Quietly Re-Suspending the Lunatics Elon Musk Let Back On
Going Wireless
Wednesday on futurism
Hackers Took Over a Subdomain of Wired.com for Several Months and Replaced It With Sleazy Online Casino Content
READ MORE STORIES ABOUT / Future Society
Keep up.
Subscribe to our daily newsletter to keep in touch with the subjects shaping our future.
+Social+Newsletter
TopicsAbout UsContact Us
Copyright ©, Camden Media Inc All Rights Reserved. See our User Agreement, Privacy Policy and Data Use Policy. The material on this site may not be reproduced, distributed, transmitted, cached or otherwise used, except with prior written permission of Futurism. Articles may contain affiliate links which enable us to share in the revenue of any purchases made.
Fonts by Typekit and Monotype.