And they’re going to make COVID pay for it! 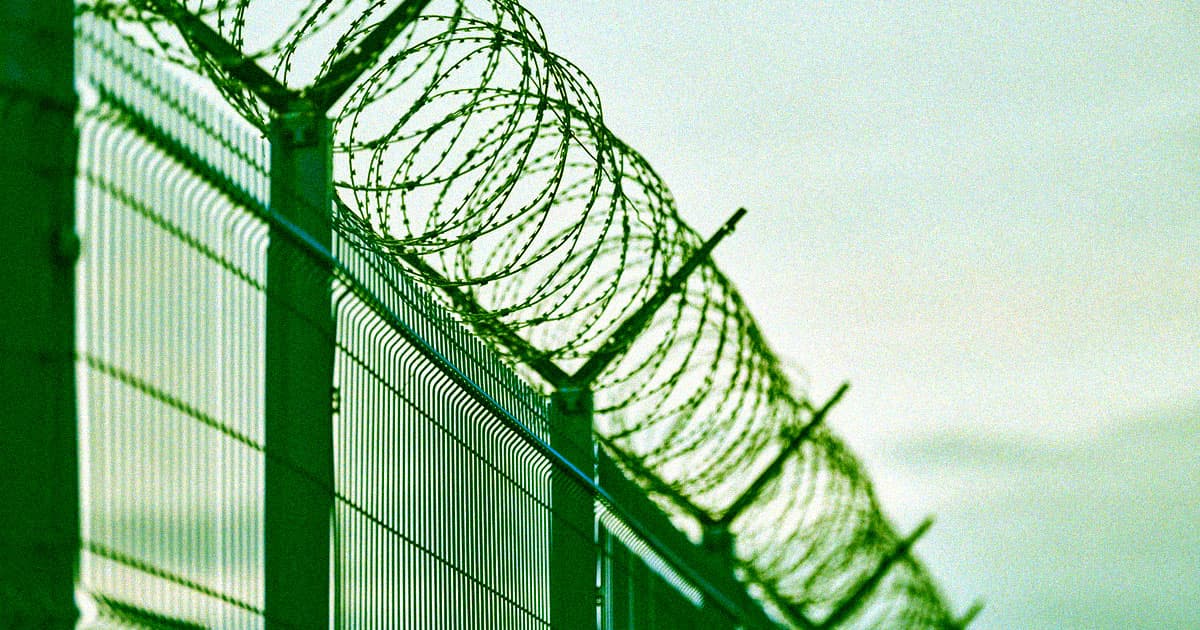 China is building a massive system of barriers along its 3,000 mile southern border with the supposed goal of keeping COVID-19 at bay, The Wall Street Journal reports. The decidedly Trumpian move has already reportedly disrupted day-to-day travel and trade for those living along its path.

Some state media outlets have even dubbed it the "Anti-COVID Great Wall," according to the newspaper. However, experts believe that there’s likely an ulterior motive driving its construction.

Karin Dean, a researcher of border relations between China and Myanmar in Tallinn University in Estonia, told the WSJ that China is attempting to completely secure its borders and prevent the flow of refugees into the country. The border fencing can also help facilitate infrastructure projects as well.

In other words, it's just another superpower embracing isolationism — at the expense, as usual, of its less fortunate neighbors.

And the result has already been a massive disruption of life in the regions with border fencing, according to the WSJ.

For example, barriers erected near rural villages in the Vietnamese province of Quang Ninh have prevented farmers from being able to take their livestock to their usual grazing grounds. Locals can also no longer venture across the border to cut trees or trade with nearby Chinese villages.

And that's without getting into the environmental impact of building a huge wall that divides ecosystems, a reality that plagued Trump's attempt at a similar project.

China also seems to be forcing some of its citizens near the border to watch and guard the border as well. Much of the work is unpaid and locals must watch the border 24 hours a day, according to local media accounts seen by the WSJ.

Unfortunately, it seems as though the barriers are here to stay — forever changing the lives and landscape of those who live near China’s southern border. Locking down the border to prevent the influx of smugglers and refugees was always one of Beijing’s goals, experts say. The pandemic just provided a useful justification.

"COVID-19 might be the official justification that China is giving for building the buffer zone now," David Brenner, researcher and author of a book about Myanmar’s borders, told the WSJ. "But that intention started long before and will govern things long after the pandemic ends."

Read This Next
Power Struggle
Former Google CEO Issues Dire Warning About China
Dealbreaker
Shocker: Elon Musk's Twitter Deal May Already Be Falling Apart
Sympathy for the Devil
Vegan Anti-Vaxxer Dies of COVID After Opposing Vaccine Animal Testing
Season's Greetings
How to Talk to Your Annoying Family About Vaccines
Dab Hit
Here's The Real Reason Why Fortnite Just Abandoned China
More on Future Society
There He Goes
1:27 PM on the byte
Apple VP Ousted After Making Vulgar Sexual Remark
Midlife Crisis
Yesterday on futurism
Rumors Swirl That Mark Zuckerberg Is Fighting at a UFC Show
Elon Leaks
Yesterday on futurism
Here's The Wildest Elon Musk Texts That Were Just Released in Court
READ MORE STORIES ABOUT / Future Society
Keep up.
Subscribe to our daily newsletter to keep in touch with the subjects shaping our future.
+Social+Newsletter
TopicsAbout UsContact Us
Copyright ©, Camden Media Inc All Rights Reserved. See our User Agreement, Privacy Policy and Data Use Policy. The material on this site may not be reproduced, distributed, transmitted, cached or otherwise used, except with prior written permission of Futurism. Articles may contain affiliate links which enable us to share in the revenue of any purchases made.
Fonts by Typekit and Monotype.