Spoiler alert: It's a Hyperloop. 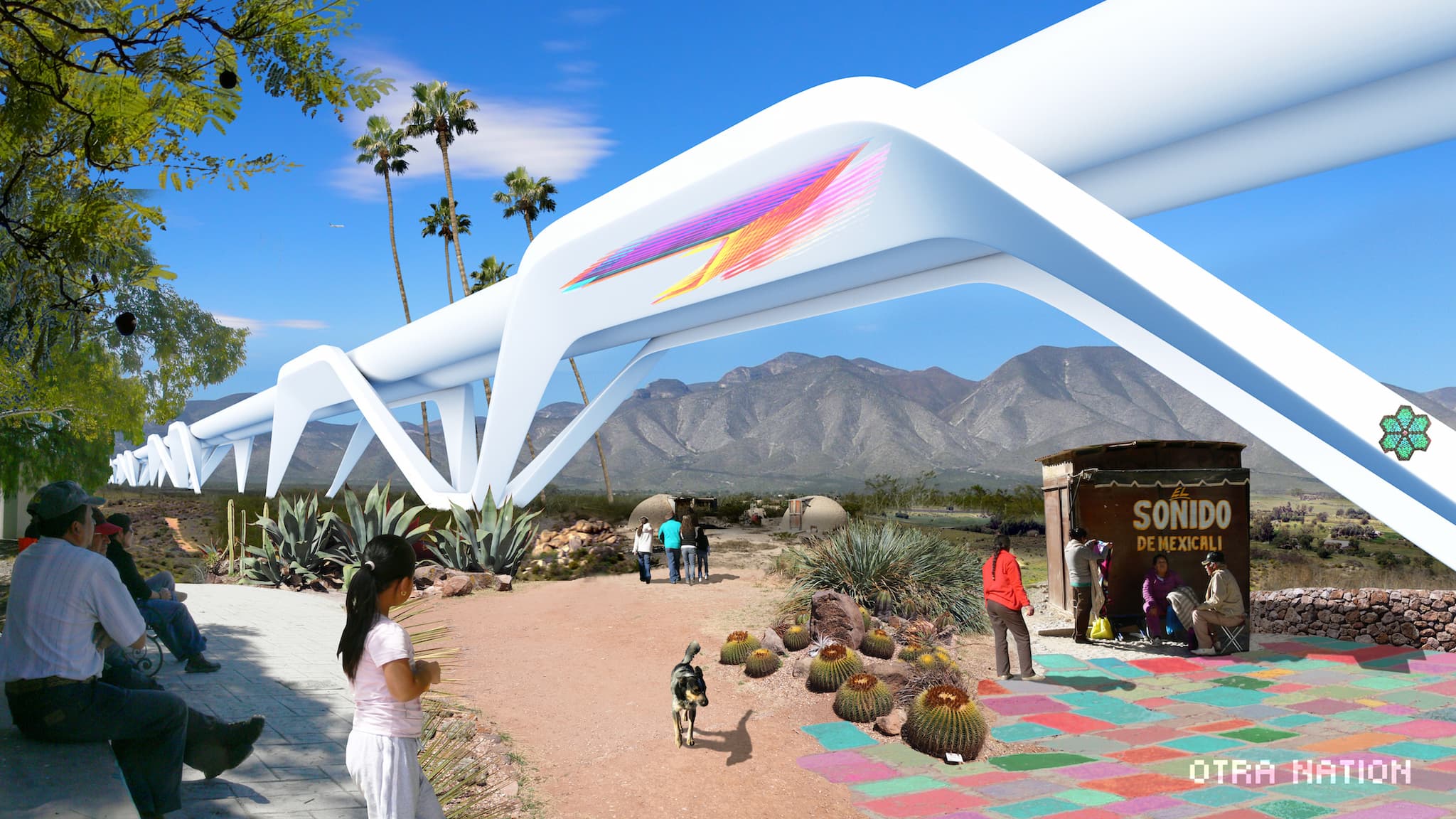 The Trump administration has called for border wall proposals, and a group of engineers called MADE Collective just responded in truly epic style. The group submitted a proposal for a “wall” that's really a $15 billion hyperloop — that's $6 billion less than the current estimate for a simple barrier from the Department of Homeland Security. MADE Collective estimates that such a loop would create $1 trillion in jobs.

MADE Collective, a group of Mexican and American urban planners and engineers, calls their project Otra Nation. This hyperloop transportation network would transform the border from unusable, dead space into a shared nation, with an independent local government and nonvoting representatives in the legislatures of both countries.

The Otra Nation hyperloop network would span 2,000 km (1,250 miles) and replace existing border fencing. Stations along the hyperloop would allow people to board, and the network would be powered by solar farms alongside it. Equal numbers of Mexican and American workers would be used to build the hyperloop system and staff it once it was operational. The group has posted a petition asking for support for their proposal.

“The existence of the border wall has become more a signifier of status than a barrier that each population sustains in its own form of isolation towards the opposite side,” the designers explained in their proposal. “The 19th century brought us boundaries, the 20th century we built walls, the next will bridge nations by creating communities based on shared principles of economic resiliency, energy independence, and a trust-based society.”

Other innovative, future-facing designs for the border wall include an “Inflatoborder” made of plastic bubbles, a binational park, and a wall covered in solar panels. In June, the U.S. Customs and Border Protection will announce the 10 companies it wants to hire to create prototypes.

Read This Next
Walls Up
China Is Building a Huge New Wall to Allegedly Keep COVID Out
Futurism
The Dubai Hyperloop: Superfast Transport Surges Closer to Reality
Futurism
Hyperloop: How Super-Fast Transport Will Literally Reshape Our World
Futurism
Dubai's Designing A Hyperloop That Could Travel 65 Miles in Ten Minutes
More on Future Society
Balloon News
Yesterday on futurism
China Says "Spy Balloon" Soaring Over America Is Completely Innocent
Down in Flames
Wednesday on the byte
Elon Musk Apparently Thinks Twitter Is a "Flaming Dumpster Rolling Down the Street"
All Tomorrow's Pa...
Wednesday on the byte
Party Startup Says It Has Zero Plans to Make Any Money With Investors' Funds
READ MORE STORIES ABOUT / Future Society
Keep up.
Subscribe to our daily newsletter to keep in touch with the subjects shaping our future.
+Social+Newsletter
TopicsAbout UsContact Us
Copyright ©, Camden Media Inc All Rights Reserved. See our User Agreement, Privacy Policy and Data Use Policy. The material on this site may not be reproduced, distributed, transmitted, cached or otherwise used, except with prior written permission of Futurism. Articles may contain affiliate links which enable us to share in the revenue of any purchases made.
Fonts by Typekit and Monotype.