A controversial new paper argues that we should infect Mars — with Earthly microorganisms. 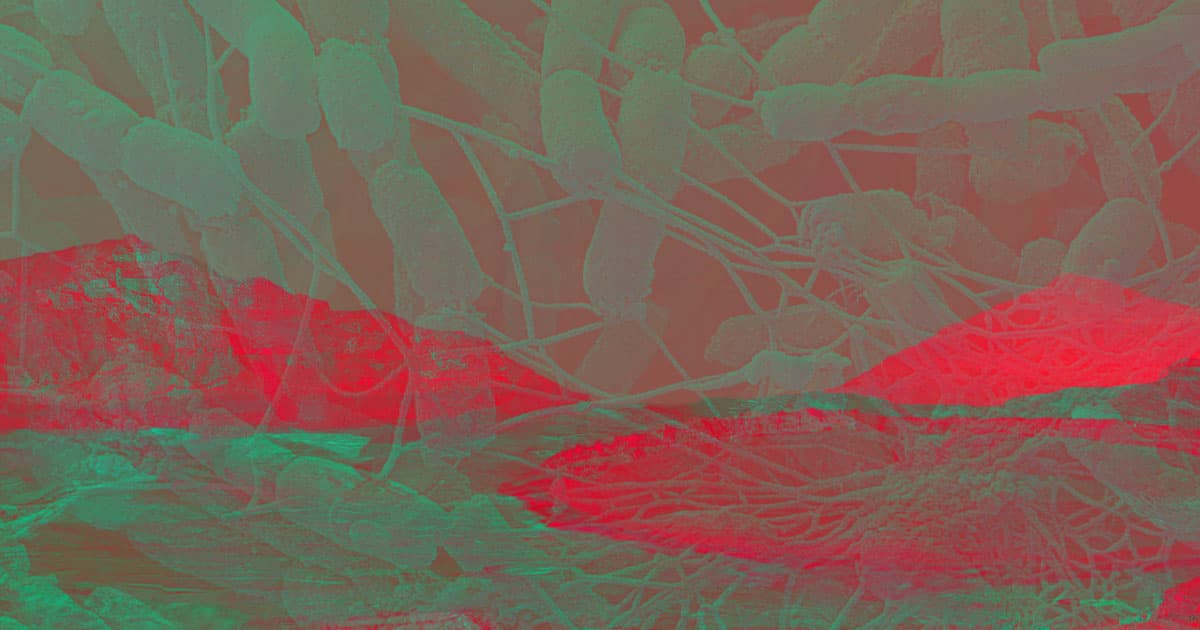 What do you imagine the first settlers on Mars will look like? Maybe they'll be the best and brightest our world has to offer: people from countries around the world with multiple degrees and decades of training in astrophysics.

Or maybe the first Earthlings on Mars will be a bunch of germy microbes.

A paper published last month in the journal FEMS Microbiology Ecology argues that the "primary colonists" of the Red Planet should be "microorganisms" — the bacteria, viruses, and fungi that support many of life's processes here on Earth.

Jose Lopez, a professor at Nova Southeastern University and one of the authors of the paper, proposes an approach to planetary colonization that begins with a plan on studying microbes that could support life in extraterrestrial environments.

"Life as we know it cannot exist without beneficial microorganisms," he said in a press release. "To survive on a barren (and as far as all voyages to date tell us) sterile planets, we will have to take beneficial microbes with us."

Let's be clear: the paper jettisons the strict no-contamination guidelines that NASA and all space programs have closely adhered to for decades — policies that exist for good reason.

When it comes to equipment being sent off to space, typically everything is carefully sterilized and protected from germs and contaminants, just like a hospital prepping its scalpels for surgery, because we can't afford to corrupt the untouched environments we're trying to learn more from.

But Lopez and colleagues argue that introducing helpful microbes could actually kickstart the process of terraforming Mars and sustaining life on the harsh Red planet.

"Microbial introduction should not be considered accidental but inevitable,” reads the paper. "We hypothesize the near impossibility of exploring new planets without carrying and/or delivering any microbial travelers."

On Earth, microorganisms are critical to many of the processes that sustain life, such as decomposition and digestion — and even Earth's climate. The paper argues that the best microbes for the job might be extremophiles — organisms that are hypertolerant of the most extreme environments, and even thrive in them, like tardigrades.

Mars enthusiasts ready to pack their bags and move to "Planet B" shouldn't hold their breath, though. There’s still much research to be done before we being lobbing germs at the Red Planet. Biology could go haywire on Mars, where organisms would be exposed to excessive radiation, and human colonists would likely evolve at alarming rates to cope with the harsh environment.

Much of the paper is arguing for a change in attitude toward microbes in space, viewing them as beneficial versus dangerous. But researchers still don't know which microbes would help rather than hurt efforts to terraform Mars.

The paper argues that everyone from Elon Musk to Jeff Bezos to NASA needs to make a "provocative paradigm shift" in our policies for space colonization. "This will take time to prepare, discern," Lopez said. "We are not advocating a rush to inoculate, but only after rigorous, systematic research on earth."

The decision whether or not to even introduce microbes in the first place depends on our end goal: if our mission is to colonize and terraform Mars — that's Elon Musk's plan, if you're keeping score — then Lopez says we shouldn’t be scared to introduce helpful microorganisms that can help to begin forming the foundation of biological life.

After all, the first colonists of our own home planet weren’t humans, amphibians, or even plants; Earth's primary inhabitants for many years were single-celled microorganisms. And they did a good enough job, didn’t they?

Read This Next
Water Canyon
Scientists Spot Hidden Water in Mars' Grand Canyon
Martian Ammonia
NASA Rover Detects Organic Molecules on the Surface of Mars
Joseph Strikes Again
Experts Shred Paper Claiming to Identify Mushrooms on Mars
Mars Shrooms
Extremely Dubious Research Claims to Spot Fungus Growing on Mars
In Rainbows
NASA Releases Breathtaking Rover Photo of "Rainbow" on Mars
More on Hard Science
Past Particle
Tuesday on the byte
Large Hadron Collider Discovers Strange New Particles
Moved to Tears
Jun 30 on the byte
Scientists Say New James Webb Images Are So Powerful That It Was Emotional Just Looking at Them
Good God
Jun 28 on the byte
Huge Cloud of Toxic Yellow Gas Kills 13
READ MORE STORIES ABOUT / Hard Science
Keep up.
Subscribe to our daily newsletter to keep in touch with the subjects shaping our future.
+Social+Newsletter
TopicsAbout UsContact Us
Copyright ©, Camden Media Inc All Rights Reserved. See our User Agreement, Privacy Policy and Data Use Policy. The material on this site may not be reproduced, distributed, transmitted, cached or otherwise used, except with prior written permission of Futurism. Fonts by Typekit and Monotype.