Columbia Professor: There's a 50% Chance We're Living in a Simulation

He did the math. 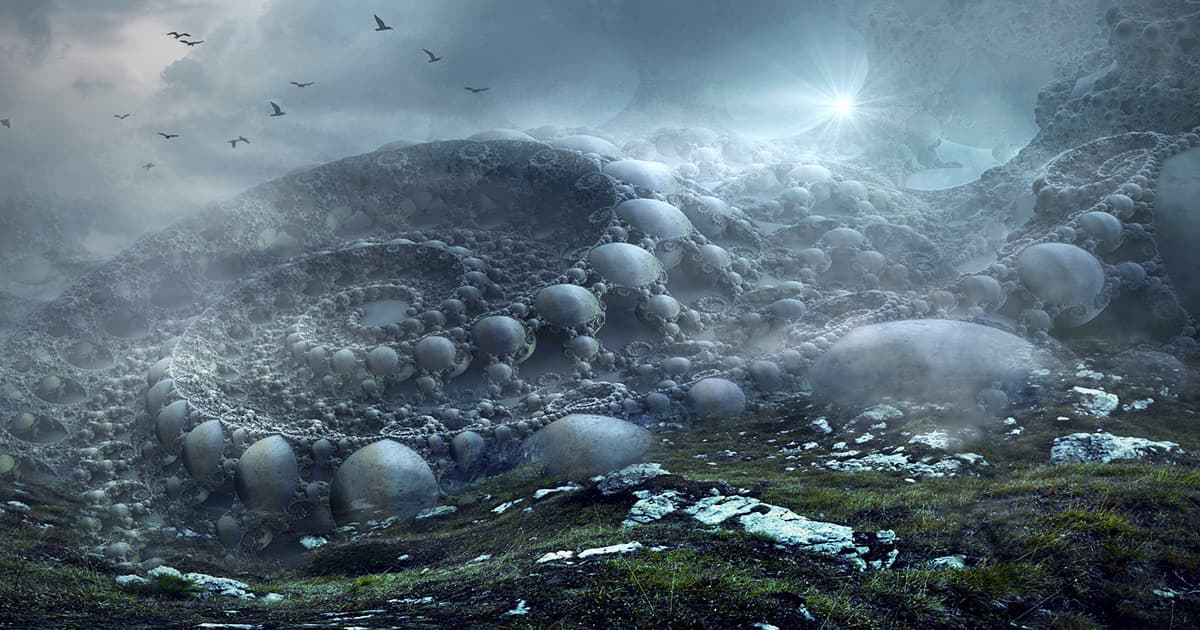 Image by Stefan Keller via Pixabay

In an influential 2003 paper, University of Oxford philosopher Nick Bostrom laid out the possibility that our reality is a computer simulation dreamed up by a highly advanced civilization. In the paper, he argued that at least one of three propositions must be true:

Now, Columbia University astronomer David Kipping took a hard look at these propositions, also known as Bostrom's "trilemma," and argued that there's essentially a 50-50 chance that we are indeed living in a simulation, Scientific American reports.

Kipping collapsed the first two propositions into one, arguing that they both would result in the same outcome — we are not living inside a simulation.

"You just assign a prior probability to each of these models," Kipping told SA. "We just assume the principle of indifference, which is the default assumption when you don’t have any data or leanings either way."

Kipping also argues that the more layers of reality a simulation was embedded in, like a Russian doll, the more computer resources would dwindle.

In other words, the further you went down the rabbit hole, the less computing power you'd have to create a convincing simulation.

The astronomer's conclusion after crunching the numbers: it's about a 50 percent chance that either hypothesis is true.

But if humans were to ever come up with such a simulation, that picture would change radically.

"Then you are only left with the simulation hypothesis," Kipping told SA. "The day we invent that technology, it flips the odds from a little bit better than 50-50 that we are real to almost certainly we are not real, according to these calculations."

Other findings could put the question to bed. What if we could detect a "glitch in the Matrix" that showed that our reality is a simulation? Or what if we could demonstrate that the simulation uses quantum superpositions that are only determined when you look at them?

Others even argue that over the next several decades, our computing know-how will actually allow us to finally confirm once and for all if we do live in a simulation or not.

For now, we have to contend ourselves with the fact that we just don't know.

"It’s arguably not testable as to whether we live in a simulation or not," Kipping told SA. "If it’s not falsifiable, then how can you claim it’s really science?"

READ MORE: Do We Live in a Simulation? Chances Are about 50-50 [Scientific American]

More on simulations: Computer Scientist: Ghosts Could Be Sign Universe Is Simulated

Read This Next
Strange AI
World’s First AI Universe Simulator Knows Things It Shouldn’t
Futurism
Simulation Hypothesis: How Could We Tell If We Are Living in a Computer Simulation?
More on Hard Science
Warped Tour
Thursday on futurism
Professor Believes Door to Warp Drive May Lie With Ethylene Glycol
Sky Bursts
Thursday on the byte
Astronomers Intrigued by 25 Mysterious Repeating Radio Signals From Deep Space
Tractor Beam
Jan 26 on the byte
Scientists Build Working Tractor Beam, Although It's Comically Tiny
READ MORE STORIES ABOUT / Hard Science
Keep up.
Subscribe to our daily newsletter to keep in touch with the subjects shaping our future.
+Social+Newsletter
TopicsAbout UsContact Us
Copyright ©, Camden Media Inc All Rights Reserved. See our User Agreement, Privacy Policy and Data Use Policy. The material on this site may not be reproduced, distributed, transmitted, cached or otherwise used, except with prior written permission of Futurism. Articles may contain affiliate links which enable us to share in the revenue of any purchases made.
Fonts by Typekit and Monotype.