We never knew this phase in the galactic lifecycle existed. 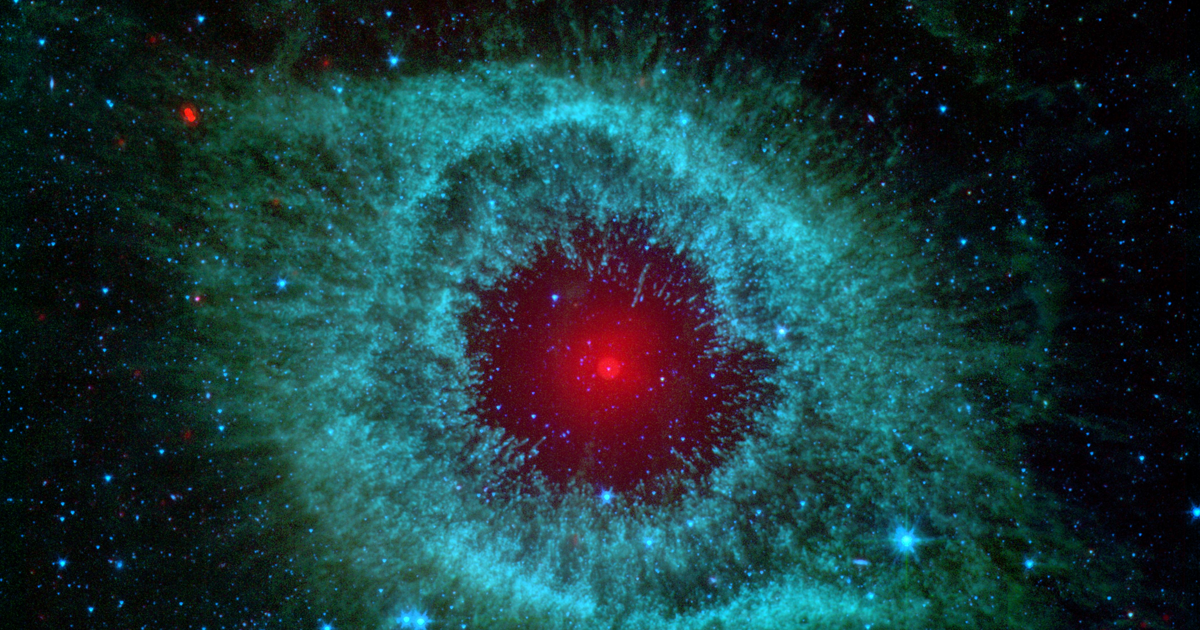 Astronomers believe our universe is home to at least 100 billion galaxies. And just like us, each of those massive collections of stars and other space stuff will eventually die.

But also like us, galaxies go through a host of phases between birth and death. Now, a researcher from the University of Kansas has discovered one scientists never knew about before.

She calls it the "cold quasar" phase — and it could completely upend our understanding of how galaxies die.

Quasars form when a black hole at the center of a galaxy begins gobbling up all the material around it. The black hole pulls in gas, which forms an accretion disk and becomes super-heated, emitting so much electromagnetic energy that the quasar can appear hundreds of times brighter than a regular galaxy.

Scientists thought that once a galaxy entered the quasar phase, its star-making days were behind it — essentially, it's a dead galaxy.

However, as University of Kansas assistant professor of physics and astronomy Allison Kirkpatrick explained during a press conference on Wednesday, it appears that's not the always case.

Through a survey of data collected by the European Space Agency's XMM-Newton Telescope, Kirkpatrick and colleagues discovered that about 10 percent of galaxies with accreting supermassive black holes at their centers still contained cold gas and still made new stars.

But that was just the first part of her team's discovery — within that strange population of galaxies, a further 10 percent stood out.

"These are very compact, blue, luminous sources," Kirkpatrick said in a press release. "They look exactly like you would expect a supermassive black hole to look in the end stages after it has quenched all of the star formation in a galaxy. This is evolving into a passive elliptical galaxy, yet we have found a lot of cold gas in these as well. These are the population that I’m calling 'cold quasars.'"

The cold quasar phase might not be as rare as Kirkpatrick's research seems to imply, either — in fact, she believes there's a chance every galaxy will become a cold quasar at one point.

"This is a transition phase, let’s say of 10 million years," she said in the press release. "In universal timescales, that’s really short — and it’s hard to catch this thing. We’re doing what we call a blind survey to find objects we weren’t looking for. And by finding these objects, yes, it could imply that this happens to every galaxy."

READ MORE: Astrophysicist Announces Her Discovery of 'Cold Quasars' That Could Rewrite Understanding of How Galaxies Die [The University of Kansas]

Read This Next
Really Really Really Old
Astronomers Puzzled By Ancient Milky Way-Like Galaxy 12 Billion Light-Years Away
Crowded Galaxy
New Research: There Could Be 36 Alien Civilizations in Our Galaxy
Spinning Black Circle
Scientists Release Incredible Video of Black Hole Spewing Matter
Wanna Feel Small in the Universe?
Astronomers: Something Is Warping Our Entire Galaxy
Come Together
Watch a Galaxy Form Over More Than 13 Billion Years
More on Hard Science
Tractor Beam
Jan 26 on the byte
Scientists Build Working Tractor Beam, Although It's Comically Tiny
Having a Blast
Jan 18 on the byte
New Study Shows Where You Should Hide to Survive a Nuclear Attack
Offworld Amino
Jan 15 on the byte
Scientists Find Building Blocks of Life in Meteor That Smashed Into Family's Driveway
READ MORE STORIES ABOUT / Hard Science
Keep up.
Subscribe to our daily newsletter to keep in touch with the subjects shaping our future.
+Social+Newsletter
TopicsAbout UsContact Us
Copyright ©, Camden Media Inc All Rights Reserved. See our User Agreement, Privacy Policy and Data Use Policy. The material on this site may not be reproduced, distributed, transmitted, cached or otherwise used, except with prior written permission of Futurism. Articles may contain affiliate links which enable us to share in the revenue of any purchases made.
Fonts by Typekit and Monotype.