Astronomers: Something Is Warping Our Entire Galaxy 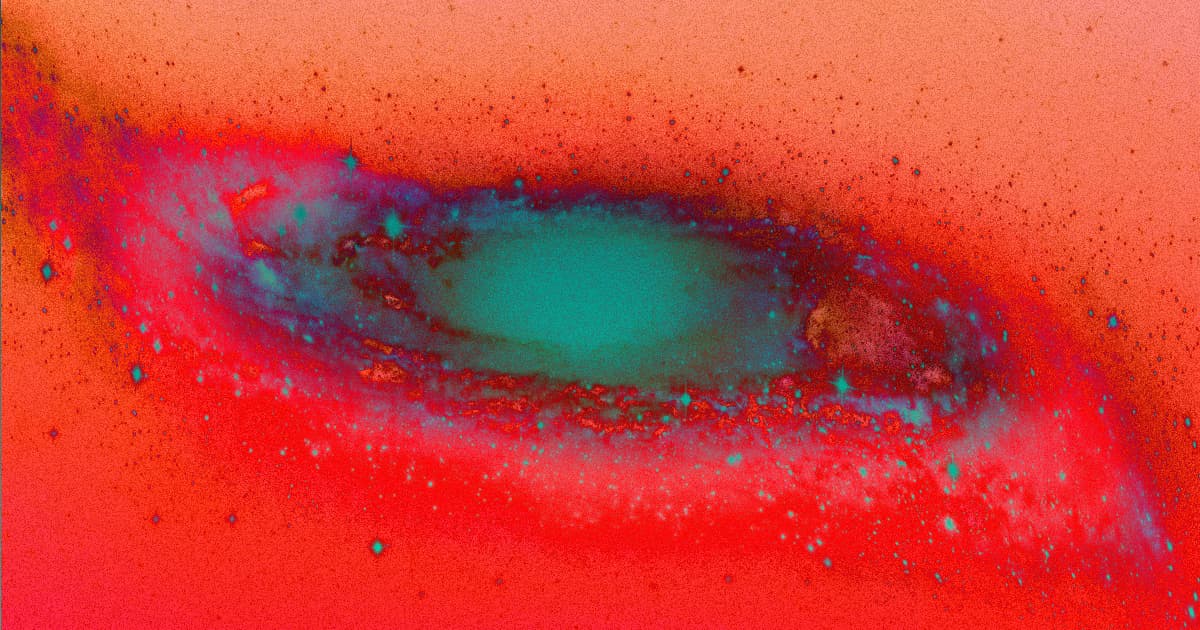 Astronomers have known for years that the edges of the Milky Way warp, ripple and wobble like a bowl of Jello — but nobody knew why.

But according to a new study using data collected by the European space agency's star-mapping satellite Gaia, the Milky Way's disc, made up of hundreds of billions of stars, is being warped as it's slowly colliding with a smaller neighboring galaxy.

To get to this conclusion, a team of physicists at the Italian National Institute for Astrophysicists in Turin analyzed the way 12 million giant stars move in our Milky Way, as observed by ESA's Gaia space telescope.

Their research, as detailed in a paper published on Monday in the journal Nature Astronomy, suggests that the unique way the edges of our galaxy are being warped is being caused by "a recent or ongoing encounter with a satellite galaxy."

"We measured the speed of the warp by comparing the data with our models," lead author Eloisa Poggio of the Turin Astrophysical Observatory, said in a statement. "Based on the obtained velocity, the warp would complete one rotation around the centre of the Milky Way in 600 to 700 million years."

That's substantially slower than how long stars, including the Sun, take to make it all the way around the center of the Milky Way. Previous theories have attempted to explain the warp by suggesting that the inner disk of the galaxy is spinning like an inclined spinning top, leaving ripples. This slow rotational speed, however, would refute them, according to the researchers.

So which galaxy is actually slowly squashing itself into ours? The astronomers suggest it could be Sagittarius, a dwarf galaxy that orbits the Milky Way, as there's plenty of evidence it's already slowly being absorbed by the Milky Way.

READ MORE: Our Galaxy Is Mysteriously Distorting and Nobody Knows Why [VICE]

More on the galaxy: Intense Stellar Activity Is Ripping Apart a Nearby Galaxy

Read This Next
The Last Strand
Scientists Puzzled by Weird "Strands" at the Center of Our Galaxy
Water Canyon
Scientists Spot Hidden Water in Mars' Grand Canyon
Star Stream
Something Is Ripping Apart the Nearest Star Cluster to Earth
Soft Boy
Final Clues From Derelict Lander: Comet Interior "Extraordinarily Soft"
Shooting Blanks
Astronomers Detect "Bullets" of Gas Shooting Out of Our Galactic Center
More on Hard Science
Warped Tour
Feb 2 on futurism
Professor Believes Door to Warp Drive May Lie With Ethylene Glycol
Sky Bursts
Feb 2 on the byte
Astronomers Intrigued by 25 Mysterious Repeating Radio Signals From Deep Space
Tractor Beam
Jan 26 on the byte
Scientists Build Working Tractor Beam, Although It's Comically Tiny
READ MORE STORIES ABOUT / Hard Science
Keep up.
Subscribe to our daily newsletter to keep in touch with the subjects shaping our future.
+Social+Newsletter
TopicsAbout UsContact Us
Copyright ©, Camden Media Inc All Rights Reserved. See our User Agreement, Privacy Policy and Data Use Policy. The material on this site may not be reproduced, distributed, transmitted, cached or otherwise used, except with prior written permission of Futurism. Articles may contain affiliate links which enable us to share in the revenue of any purchases made.
Fonts by Typekit and Monotype.