"This is a MAJOR red flag." 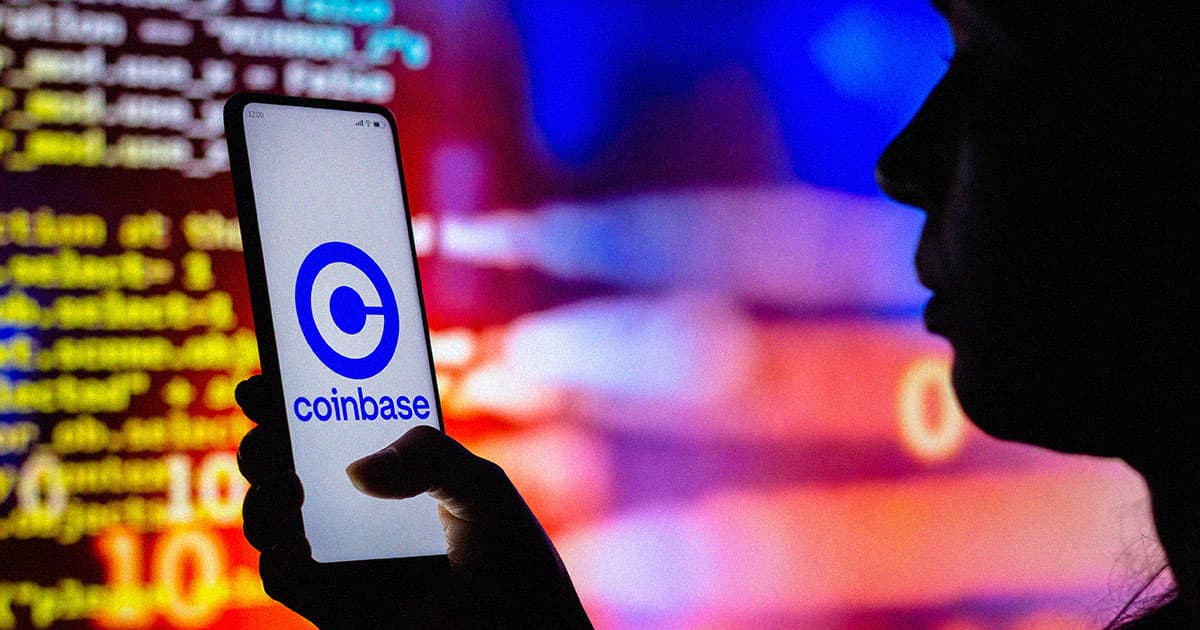 Major crypto exchanges Coinbase and Binance could soon be in deep trouble, with rumors swirling that they could already be insolvent .

And if the latest news is anything to go by, both are preparing for tough days ahead, with or without a bankruptcy filing.

Most recently, Coinbase secretly announced it's "temporarily shutting down" a US-based program that pays influencers and publications to shill the platform, according to leaked emails obtained by Insider.

"We regret to inform you that Coinbase will be temporarily shutting down its Affiliate Program in the United States with an effective date of Tuesday, July 19th," the emails read.

The email blamed "crypto market conditions and the outlook for the remainder of 2022" — but the implication seems to be that the company no longer sees paying a modest commission for new users as a worthwhile investment, and that has experts concerned.

"Coinbase just shut down their entire affiliate program," wrote investor Nate O'Brien. "This is a MAJOR red flag. I fear that a liquidity crisis is on the horizon."

"Yes this could simply be a result of cost cutting efforts," he continued. "But they aren’t willing to even pay $5 for a new user? Feels strange to completely shut down the program."

The news comes roughly a month after Coinbase announced it was laying off some 18 percent of its staff, with CEO and cofounder Brian Armstrong warning at the time of an impending "crypto winter."

All this drama has pushed Coinbase to a point at which competitor Binance was able to overtake it as the world's largest crypto exchange in terms of volume, according to Bitcoinist's analysis.

Other smaller exchanges are also feeling the hurt, with self-styled crypto titans Voyager Digital and Celsius both filing for bankruptcy earlier this month.

And that could bode badly for even larger players in the field as well, with rumors on social media swirling that the likes of Binance and Coinbase could also soon be in the position of not being able to pay back their debts, as Bitcoinist reports.

Meanwhile, governments around the world are becoming increasingly wary of these exchanges. Earlier this week, Binance was fined $3.4 million by the Dutch central bank for operating in the country without authorization.

In May, Armstrong dismissed rumors of an impending insolvency, tweeting that "we have no risk of bankruptcy," following a May Securities and Exchanges Commission filing that had investors worried.

It's worth pointing out that Bitcoin has been on a steady climb for the past week or so. But zooming out, the last two months have been anything but kind to the crypto market, with the value of mainstream tokens repeatedly sliding and hitting historic lows.

Whether that will result in more exchanges going kaput remains to be seen — but if they do, it's extremely unclear whether their users will have meaningful recourse.

More on exchanges: Crypto Founders Say It's Not Their Fault They're Enabling Ponzi Schemes

Read This Next
A Lesson in Digging Your Own Grave
An Interviewer Asked Sam Bankman-Fried If He'd Been Honest and His Answer Was Bizarre
SBFX
Leaked Messages Show FTX Insiders Begging SBF to Step Down as Crisis Deepened
FTuxxed
Behind the Lawsuit Against Celebs Who Shilled FTX Before Its Spectacular Meltdown
Toes in the Water
Guy Linked to Huge Crypto Meltdown Says It’s Just a Coincidence That He’s Hanging Out in a Country With No Extradition to United States
Guest List
Celebrities Are Officially Being Sued by FTX Retail Investors
More on Blocknik
Ghislaine'd
Yesterday on the byte
Sam Bankman-Fried Hires Lawyer Who Defended Ghislaine Maxwell
Crypto Apocalypse
Yesterday on the byte
Crypto Investors Despondent After Losing Life Savings in FTX "Bloodbath"
Oooooof
Tuesday on the byte
Man Alarmed to Become Only Guest at $400,000 Metaverse Party
READ MORE STORIES ABOUT / Blocknik
Keep up.
Subscribe to our daily newsletter to keep in touch with the subjects shaping our future.
+Social+Newsletter
TopicsAbout UsContact Us
Copyright ©, Camden Media Inc All Rights Reserved. See our User Agreement, Privacy Policy and Data Use Policy. The material on this site may not be reproduced, distributed, transmitted, cached or otherwise used, except with prior written permission of Futurism. Articles may contain affiliate links which enable us to share in the revenue of any purchases made.
Fonts by Typekit and Monotype.