China's New Space Station Looks Like an Apple Store Inside

It puts the ISS to shame. 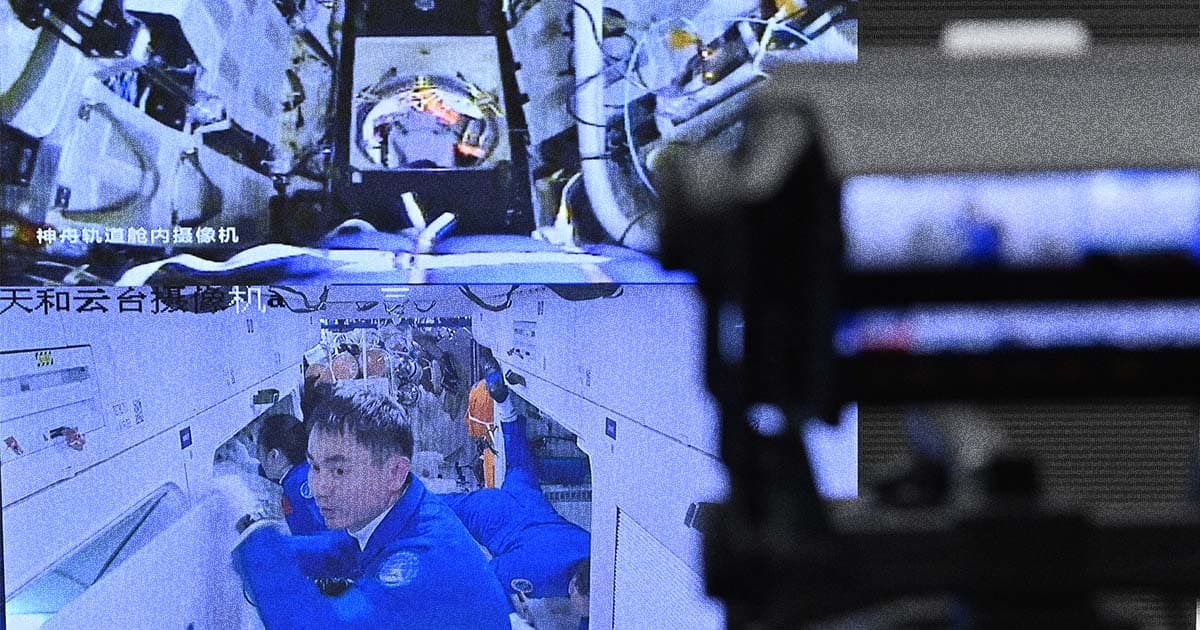 With the arrival of three astronauts to China's Tiangong space station, the unofficial rival to the International Space Station (ISS) is now being used for the country’s longest space mission yet.

The Shenzhou 13 mission includes astronauts Zhai Zhigang, Wang Yaping, and Ye Guangfu, according to Space.com. The trio arrived at Tiangong on Saturday after launching into orbit from the Jiuquan Satellite Launching Center in the Gobi Desert.

While their mission includes spacewalks and equipment testing, perhaps the most impressive aspect is the space station itself.

The orbital lab boasts a number of tools and designs that set it apart from the ISS, which is fairly old and slated to be retired within the next decade. Not only does Tiangong have spacious bunks for its astronauts, but it also has a sleek space gym and separate living spaces for each crewmember — with a minimalist white interior design that looks more like an Apple store than a cramped space habitat.

Compare that to the ISS, which looks downright obsolete in comparison..

With the first module launched in 1998, the ISS was only meant to have a 30-year lifespan. That means its intended "death date" is a mere seven years from now — and no offense to the spacecraft, but it’s definitely showing its age.

The ISS’s sleeping quarters are roughly the size of a phone booth, paling in comparison to Tiangong's beds. In fact, it’s so cramped that astronauts are sometimes forced to "sleep kind of together, wherever," NASA astronaut Scott Kelly told Travel & Leisure earlier this year.

On top of that is the ISS's — shall we say — cluttered interior design. Much of its space is filled with a hodgepodge of wires, computers, and miscellaneous hardware.

It’s enough of a mess to make you wonder whether or not it poses a hazard to everyone on board. After all, if there’s an emergency — there have been plenty lately — an astronaut might have to navigate a dizzying array of wires and tools to fix it.

At the end of the day, though, we love the ISS for everything it's given us, and for being a place astronauts could call home for decades. But now times are changing, and it's not the coolest spot in orbit anymore.

More on Tiangong:  China Is Sending the First Woman Astronaut to Its Brand New Space Station

Read This Next
And He Scores
We Are Completely Puzzled by This Video of a Chinese Astronaut Playing Ping-Pong in Space
Moon Wrestling
The Head of NASA Is Scared Chinese Astronauts Will Seize Portions of the Moon
Monkey Business
China Plans to Send Monkeys to Space Station to Have Sex With Each Other
Don't let the door hit you
Elon Musk Lobs Casual Space Station Burn at Moscow
Buh Bye
Russia Says It's Definitely Quitting the ISS But Doesn't Say When Exactly
More on Off World
Final Selection
Yesterday on the byte
NASA Finalizing Secretive Decision on First Astronauts for the Artemis Moon Mission
Hall Effect
Jan 29 on futurism
Test Suggests Ion Thrusters Could Power Crewed Interplanetary Missions
CHON: Legacy
Jan 29 on the byte
James Webb Discovers Coldest Ice in Known Universe, Harboring Molecules Essential For Life
READ MORE STORIES ABOUT / Off World
Keep up.
Subscribe to our daily newsletter to keep in touch with the subjects shaping our future.
+Social+Newsletter
TopicsAbout UsContact Us
Copyright ©, Camden Media Inc All Rights Reserved. See our User Agreement, Privacy Policy and Data Use Policy. The material on this site may not be reproduced, distributed, transmitted, cached or otherwise used, except with prior written permission of Futurism. Articles may contain affiliate links which enable us to share in the revenue of any purchases made.
Fonts by Typekit and Monotype.