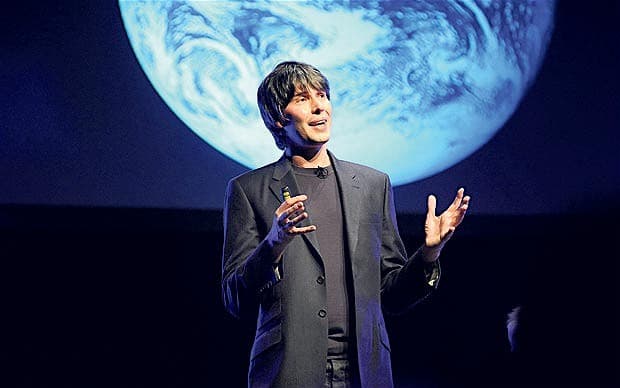 Brian Cox is one of the most well known physicists of the modern era. He works at the Large Hadron Collider and was instrumental in the discovery of the Higgs boson.  But he has dedicated his life to more than just scientific discovery—he is an educator in the truest sense of the word. He has been featured in a number of documentaries on issues related to the sciences. However, he recently spoke out against the way that individuals report on (and scientists talk about) climate change.

He told an audience at a fundraiser for the Society of Biology that accurate science reporting is being influenced by climate skeptics. Cox spoke out against using (unfortunately prominent) reactionary tactics, and he called for a change in the way that we talk about global warming and climate change.

Climate scientists recently reported findings in the journal Climate Risk Management which assert that they are 99.9% certain that humans are driving the current global warming trend. However, Cox says that such assertions are problematic in that, ironically, they lend credence to the idea that there really is a debate and uncertainty. He asserts that the best tactic is to make absolute claims (such as stating that climate science is uncontroversial) as such a high percentage of certainty is, effectively, a totality:

I think we do a disservice to the public. If you look down the [camera] lens and see your head of department or your PhD supervisor, whoever it might be, then you’ll start being scientifically precise and you’ll mislead the public. Because you’ll give them a false sense of debate. The scientific view at the time is the best, there’s nothing you can do that’s better than that. So there’s an absolutism. It’s absolutely the best advice. We had it [a similar 'controversy'] with the Large Hadron Collider and people were saying: 'Is it going to destroy the world?' Well of course it bloody isn’t.

He continued by noting that, if the scientists at the LHC had said that they were 99.9% certain that they were not going to destroy the world, it wouldn't have made people more comfortable. Indeed, he claims that such statements would have had the exact opposite result. Instead of allying fears, using statistics like this increases skepticism and worry, fueling a debate about topics that (for all intents and purposes) are not under debate.

“What I think about climate change actually is it’s obviously true and clearly true to all of us who look at the debate that goes on.”

Cox continued by claiming that climate skeptics had exploited the misconception that there was doubt about climate change in order to push a political agenda. He notes that there is a difference between critiquing the methodology of a study (making scientific claims) and pushing a political policy. In the end, using percentages like the aforementioned leaves room for people who wish to push an agenda:

It can be a way in for people who have an agenda that’s not scientific. You’re allowed to say, 'well I think we should do nothing.' That’s a policy choice. But what you’re not allowed to do is to claim there’s a better estimate of the way that the climate will change, other than the one that comes out of the computer models. It’s nonsensical to say ‘we know better’, you can’t know better. I always regret it when knowledge becomes controversial. It’s clearly a bad thing, for knowledge to be controversial. We can trace back through history the times when knowledge was considered to be controversial [like heliocentrism]. And that’s what we are actually saying when we talk about climate change. We’re saying that there’s something inherently problematic with knowledge. That’s a dangerous slope, because the problem, of course, is you’re not undermining just that, you’re undermining the basis of rational decision-making in society

He said the strategy of challenging the science of climate change was dangerous because it promoted the idea that science was political and scientific knowledge up for debate. He later added to this discussion in a blog post:

But surely it isn’t a bad thing to challenge a scientific theory or prediction? Isn’t the reason for the success of science the fundamental axiom, if you like, that all theories or predictions MUST be falsifiable, and are NEVER to be assumed to be absolutely correct? And doesn’t the very requirement of the falsifiability of any theory or prediction demand that someone should try to falsify them? Yes, to all of the above.

BUT, there is statement that I believe to be correct, and can be made with certainty. It is this: The consensus scientific view is the best we can do at any given time, given the available data and our understanding of it...the scientific consensus position is the best we have. This is a definite statement, with no caveats. There is no way to predict the likely range of global average temperatures in 2100 other than by modeling the climate, using climate science. The only logical way to make a decision is to base it on the best science available at the time because there is no other way. So read the most recent IPCC document for policy makers, which is the best summary of the science we have at the present time. Make decisions based on that.

As a final call, Cox stated, “Don’t undermine the science just because you don’t like the economics.”

READ NEXT: Cause of Global Warming Hiatus (cooling trend) Found?