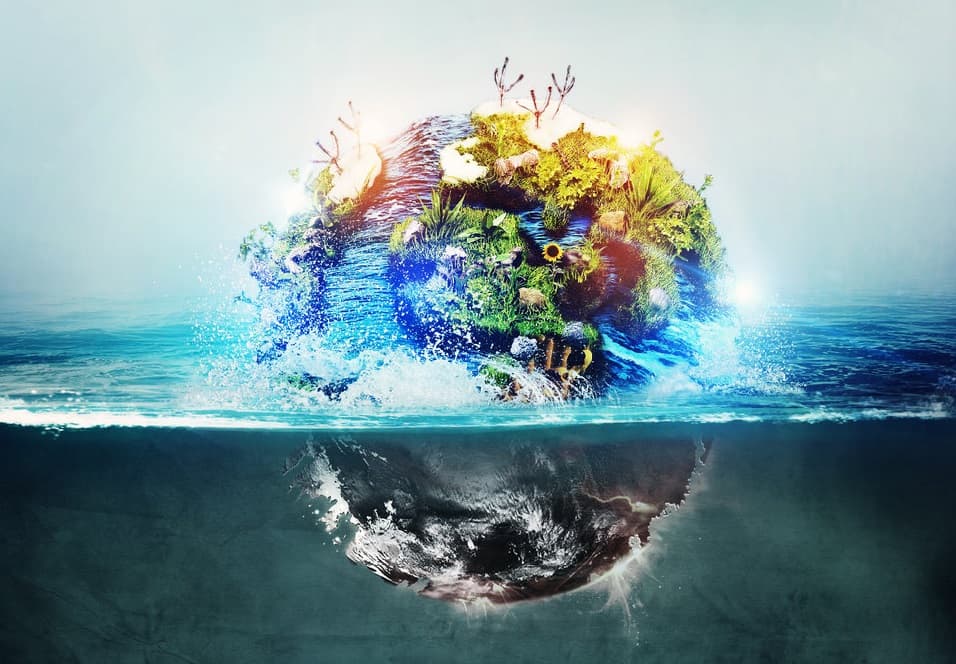 "It's important to question whether global warming is even a problem for human existence. Thus far no one has seriously demonstrated any scientific proof that increased global temperatures would lead to the catastrophes predicted by alarmists."

"In fact, it appears that just the opposite is true: that increases in global temperatures may have a beneficial effect on how we live our lives. "

The quote above was said by James Inhofe: a name that is synonymous with  global warming denialism. Unsurprisingly, Inhofe's largest campaign donations in 2008 and 2010 were from represented the oil and gas lobby group (in 2010, they contributed $429,950 to his campaign). However, Inhofe is much worse than your ever-day, garden variety, global warming denier. Why? Because he also happens to be an Oklahoma Senator, which means that this anti-science talking head has the power to impact (dismantle) legislation that is aimed at tackling this serious environmental issue (global warming) head-on.

Recently, in an attempt to get congress to recognize the dangers of rocketing temperatures, and incite us to find a solution before we reach the point of no return (or at the very least, put an end to the back-and-forth over the legitimacy of our climate predicament), Amy Klobuchar — a senator from Minnesota — proposed a resolution that would merely acknowledge that climate change is happening and that we must try to minimize our contribution to this phenomenon.

Predictably for someone who once said that global warming is "the biggest hoax ever perpetrated against mankind," Inhofe blocked the resolution, which angered many members of the senate, perhaps no one more than Sheldon Whitehouse — a senator from Rhode Island, who also co-sponsored Klobuchar's resolution.

To summarize his position,

“To say that we have no warming is just not factual,” Whitehouse said. “Ignorant, out-of-touch or crazy — that’s what young Republicans think of that position.”

He goes on to list a number of reputable organizations that support AGW and would need to be active participants in such a wide-scale hoax (and these are organizations from the United States alone, It doesn't include most international science agencies). Some of the names Whitehouse lists include agencies like NASA, the NOAA and several religious organizations. Other agencies that accept the science behind anthropocentric global warming include the Chinese Academy of Sciences, the Science Council of Japan, the Royal Society of Canada, Academia Brasiliera de Ciências, and the Royal Society (UK)—just to name a few.

I took the liberty of transcribing the entire diatribe for those of you who, like me, have an aversion to youtube and would rather read than watch. You can find the full text below the jump.

[toggle title="Read The Full Transcript"]The President and I appreciate very much having had the opportunity to hear those words from what I can only describe as an alternate reality from the one I inhabit. Anyway, um, first, let me say the very first paragraph of the resolution is this:

Whereas, the 2014 National Climate Assessment stated, the most recent decade was the nation's warmest on record. U.S. temperatures are expected to continue to rise. There is some evidence that certain temperatures have been flat for a few years. Atmospheric temperatures, with that little rhetorical device omits to consider is two things:

One: 93% of the heat that comes onto the Earth from global warming goes into the oceans and maybe 3-4% goes into the atmosphere. Ninety-three to three, so if there's any change in the ocean, which regulates the temperatures of the Earth, then it's going to have a pronounced affect on the atmospheric temperature. And the ocean continues to warm! People will say, "No, the Earth has stopped warming, it hasn't warmed for 12 years.. 15 years" whatever they say. No. If you actually look at it, the oceans are continuing to warm. There's been this step in atmospheric temperature at a certain level.

The other thing that gets left out when our friends say that is that this isn't the first step. You look at the history of how this got to be the hottest decade on record and over and over, you can look at the graph and you see steps. To pretend that each step is the last one goes completely against the science.

So, to say we have no warming is just not factual. To say that the government ... he used the word "colluding" ... is colluding together .. that's a tough word to use.

Let me tell you some of the government agencies who are so-called colluding together and believe that climate change is real and that carbon pollution is causing it. How about NASA? We trust them to send our astronauts into space. We trust them to deliver a rover the size of an S.U.V. to the surface of Mars safely and drive it around, sending data and pictures back from Mars to us. You think these people know what they’re talking about? We trust NOAA with our weather predicting and that's what they tell us. Nobody is saying they're incompetent at weather predicting .. Don't listen when people are warning you about storms, but somehow, when they're talking about climate change, they're colluding?

How about the United States Navy? The commander-in-chief of our Pacific Command, Adm. Samuel Locklear has said that the number one threat we face in the Pacific theater is climate change? Is he colluding when he says that?… This is a career navy man, who the people of America has trusted with the security of the Pacific theater. And it's exactly consistent with what the Department of Defense Quadrennial Defense Review says both last time, four years ago, and most recently.

If you want to ignore the federal government, if you live in a world in which you think the federal government colludes with itself to make up things that aren't true, okay. But look at the property casualty insurance and reinsurance industry. They’re the people with the biggest bet on this. They have billions of dollars riding on getting it right, and they say climate change is real, carbon pollution is causing it, we've got to do something about it. So does the U.S. Conference of Catholic Bishops, because they care about the poor and the effect this will have on the people who have the least. So does every major U.S. scientific society. Every single one.

So you can take a poll, or a petition and say that it has 30,000 names on it. I'm told that among the names on the petition are the Spice Girls. Are the people from MASH, like Dr. Frank Burns... (Pauses and chuckles) It's almost a comedic effort. And when you see that there are 9,000 that have degrees, that's what .00003 percent of our population of 300 million? Maybe I got a zero wrong there. (Laughing) You can't find 9,000 people who think the Earth is flat ... is a bit of a stretch.

The idea that we should base our policies on a petition that imaginary people are on rather than on what NASA and NOAA and The United States Navy and the United States Conference of Catholic Bishops and every major scientific society in the entire Property Casualty Insurance Reinsurance industry are telling us ... (makes hand gestures) .. it's just extraordinary. And if you want to go into the private sector, you have to look no further than coke and Pepsi.. look no further than Walmart.. look no further than Mars. Go on over to the candy drawers (points elsewhere in the room) and you can get wonderful Mars products. It's a huge company! They are going carbon neutral and they are desperately concerned about climate change.

Look at Nike, look at Google, look at Apple. American company after American Company... The only place, other than, of course, the 9,000 people who have joined the Spice Girls and Major Frank Burns on the petition, where denial is anything credible any longer. It's here in congress, where the money from the fossil fuel industry still has (video skips, unintelligible) affect, but even among the republicans... I'll close by saying this and yield to my distinguished chairman... even among your Republicans, they are losing their young voters over this. People know better. People know better.

If you poll republicans who are under the age of 35 and the majority of them will say that somebody who believes in climate denial is ignorant, out-of-touch and/or crazy. That's what the young republicans think about that position. So, time is on our side. The day will come when the United States Senate can face the fact that climate change is real. And I want to thank Senator Klobuchar and salute her for her effort to bring such a non-controversial proposition to the floor in the form of a resolution.. such a non-controversial and factual proposition and it's a measure of our times and a measure this body and a measure of the influence on it that it was not passed with unanimous consent, but was objected to by the Republicans. I give you the floor

Anyone have anything else to add? Leave it in the comments.