Can You Solve This Puzzle? Scientific Inquiry and Confirmation Bias 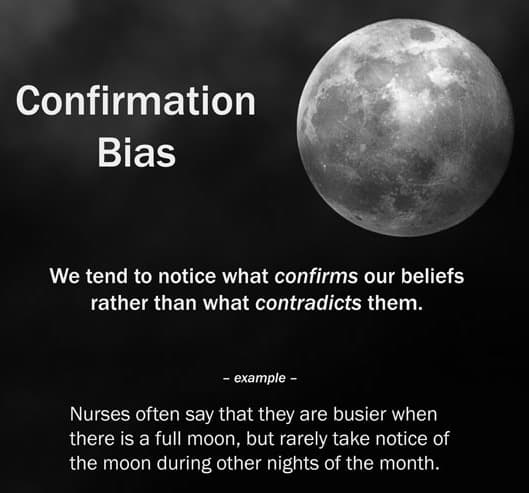 In the video posted below, Derek Muller gives a puzzle to some innocent bystandarts. "I'm going to give you a three number sequence, and I have a rule in mind that these numbers obey. I want you to figure out what that rule is. The way you can get information is by proposing your own set of three numbers, to which I will either say 'yes that follows my rule' or 'no that doesn't follow my rule.' and then you can tell me what you think the rule is. Here are the numbers… 2, 4, 8."

Do you think you can solve it? Watch the video and give it a shot. (Note: After the video, I will provide spoilers, so watch it now while you can.)

This video hits the heart of scientific inquiry. If you're like me (or most people) the next sequence of numbers you probably proposed was 16, 32, 64. It follows one of the possible sequences for the first numbers that were proposed. While you thought, "this was too easy" and proposed the rule you had in mind, you came to find that wasn't the rule. You probably played around with that specific pattern at some point and, well, the rest is history.

This grazes the surface of scientific inquiry. The universe has a rule in mind, it's our job to try to figure out what that rule is by proposing certain solutions. As humans, we like being right. This goes beyond pride and becomes neurological when your body releases a cocktail of "happy" drugs into your brain to make you feel good when you're right. Humans tend to naturally enjoy a logical fallacy known as "confirmation bias."

Confirmation bias is the habit of favoring information that confirms what we believe to be true. Though, this isn't (always) a blind bias, some studies done in the 1960s showed that we didn't ignore new information as much as we tested our hypotheses in a one sided way - just like with the number experiment.

When you proposed 6 different variations of "take a number, double it, then double the result" methodology in the puzzle above, you were essentially using the same rule you had in mind - confirming your biases. Trying to think outside of that constraint is one of the hardest parts of science.

Is light a particle or a wave? This is a question that haunted science for ages. Scientists would come up with the idea that light was a particle, they would run tests to prove light was a particle, and found light behaved like a particle. When other scientists came up with experiments to test if light was a wave, they found light acted like a wave. The double slit experiment is one of the most infamous in science, when it definitively proved light was both a particle and a wave. The result was unexpected, and found by accident, but the scientists conducting the experiment set it up in such a way to "settle" this debate. They came up with a hypothesis "If light is a wave, it'll behave this way. If light is a particle, it'll behave this way." and set out to falsify one of them.

Trying to figure stuff out is hard. It gets harder because, not only must we think outside of the box, we need to try to figure out ways to prove our ideas wrong (perhaps a better phrase would be to falsify them). This task is not for the faint of heart.