The Universe That We Can't See (Infographic) 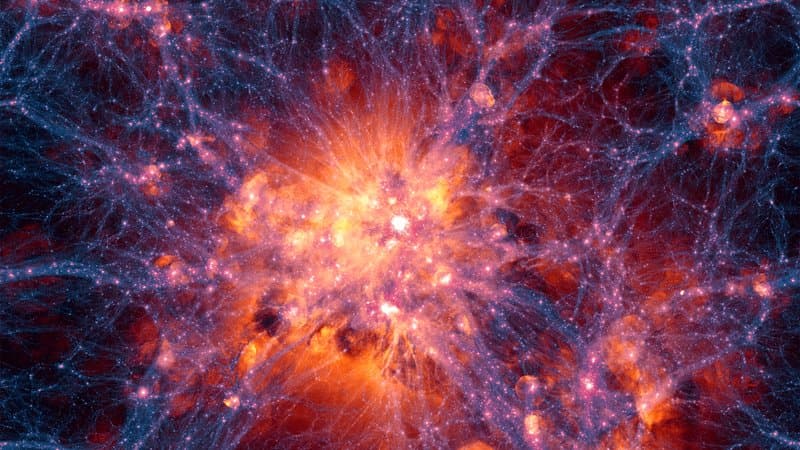 Pause, and take a moment to survey the room around you. It’s likely you see a number of different colors, ranging from primaries to secondaries, and everything in between. Each color corresponds to a certain wavelength of light in the electromagnetic spectrum. Our eyes are only privy to a very limited range of these wavelengths, which we call ‘the visible spectrum.’

This essentially means that, just outside of eyeshot is a whole world we can’t see or experience. There is light at longer and shorter wavelengths, like in infrared (the wavelength the Sun emits most of its energy in), x-ray, and ultraviolet. On Earth, what we can see serves us well, but in space, a lot of the universe is hidden from sight without special tools.

The Electromagnetic Spectrum is divided into several parts. The other kinds of light include radio waves, microwaves, infrared, ultraviolet, x-rays, and gamma rays. As the Chandra Ray Observatory explains:

Radio Waves: Radio waves are the lowest-energy form of light. They are produced by electrons spiraling around magnetic fields. Magnetic fields are generated by stars, including our sun, and many weird celestial objects like black holes and neutron stars.

Visible Light: Visible light is a very narrow portion of the Electromagnetic Spectrum. The sun, with a surface temperature of 6000 degrees Celsius, (that's 11,000 degrees Fahrenheit) gives out most of its light in the visible region, which is probably the reason our eyes evolved the way they did.

Ultraviolet: Hot objects, such as the sun, radiate ultraviolet light. Fortunately our atmosphere blocks most of the sun's ultraviolet, otherwise sunburns would be much worse. Some stars are so hot, with surface temperatures up to 40,000 degrees Celsius, (72,000 degrees Fahrenheit) that most of their light is ultraviolet.

X-ray: X-rays are very high-energy light waves, generated in extreme environments when temperatures are at millions of degrees. Colliding galaxies, exploding stars, and gas falling into black holes are some of the sources of x-rays.

Gamma Rays: Light with the most energy is called gamma radiation. Exploding stars called supernovae generate a lot of gamma radiation, as do the nuclei of unstable, radioactive atoms that are created in supernova explosions. All these types of light, except visible light, are invisible to us. The next chapter describes incredible telescopes that are designed to detect the invisible Universe.

The below image is a beautiful awesome guide to the light in our universe. And you can head here if you want a more detailed discussion of what objects in our universe produce light across the various parts of the electromagnetic spectrum.