How Much Do People Really Know About Science? See the Results (and test yourself) 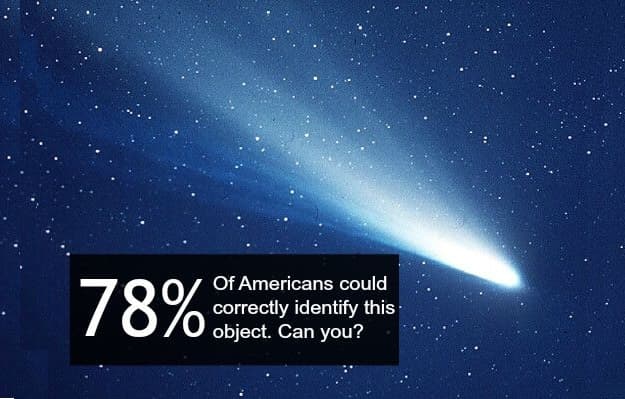 It's no secret that there are some pretty big issues with STEM education (Science, Technology, Engineering, and Math). According to the Organization for Economic Cooperation and Development (OECD), of the 34 countries assessed for Mathematics in 2012, the United States came in dead last. The U.S. was below average in all other categories as well, including Reading and Science.

According to the findings, “Students in the United States have particular weaknesses in performing mathematics tasks with  higher cognitive demand….Just over one-quarter (26%) of 15-year-olds in the United States do not reach the PISA baseline of mathematics proficiency, at which level students begin to demonstrate the skills that will enable them to participate effectively and productively in life.”

That’s 26%. Over a quarter of American youths that are not able to become informed and productive members of society.

And it doesn't end there, in 2012 the National Science Foundation surveyed 2,200 people living in the United States on various issues of “common” scientific knowledge. The poll was released  at the annual meeting of the American Association for the Advancement of Science and, as Saruman ironically said, “We have work to do.”

The main issue seems to be the response to this question: “Does the Earth go around the Sun, or does the Sun go around the Earth?” When asked that question, 1 in 4 Americans surveyed answered incorrectly. Yes, that is 1 in 4. But before we get all bent out of shape about how ignorant Americans are,  only 66 percent of European Union residents answered this question correctly.

And now, there are more (rather depressing) results.

According to a study by the Pew Research Center, of the 3,278 randomly selected adults that were quizzed, a staggering 22% mixed up astrology and astronomy. If you don't know, astrology is interpreting the influence that stars and planets they have on human actions ("If you are a Capricorn, today you will find true love," kind of thing). It's pseudoscience - not real. Astronomy, on the other hand, is a science that deals with celestial objects (planets, stars, galaxies, nebulae, black holes, kind of thing). It's science - it's real.

If that's not enough, only 72% of those quizzed knew that a light-year is a system of measurement. For example, when we say that a star is 3 million light-years away, it means that it takes photons 3 million years to travel from that star to us. If you don't understand this, then it is nearly impossible to comprehend even the most basic space-themed science article.

Fortunately, most Americans (some 86 percent) correctly identify the Earth’s inner layer, the core, as its hottest part. That number seems pretty high; however, it's rather distressing to know that 14% of Americans don't know that we have a molten core where a majority of Earth's heat resides. After all, it is this molten core that generates our planet's magnetic field (and ultimately keeps us all alive).

Out of the 12 questions on the test, the average number of questions answered correctly was 8.

Now to be honest, as you may have noted, the study is not terribly large in its scope, and the quiz was not overly comprehensive. Science encompasses a vast array of fields and information, and just 12 questions can't really hope to touch that. So the conclusions that we can draw from this study alone are questionable. However, this is not a stand-alone study. Rather, it reinforces what a number of other studies have already shown us: We are not giving people a proper STEM education.

And this is unforgivable.

In order to be an informed and productive member of society, people need to understand science. As PEW notes:

A variety of scholars have argued that public understanding of science issues and concepts is a hallmark of an informed public. As developments in science and technology raise new issues for public debate – from driverless cars and space exploration to climate change and genetically modified crops – a public with more knowledge of scientific facts and principles is often seen as one better able to understand these developments and make informed judgments.

So we need to fix this. We need to do better.