50% of What Dr. Oz Says Has No Evidence & Is Contradicted by Real Science 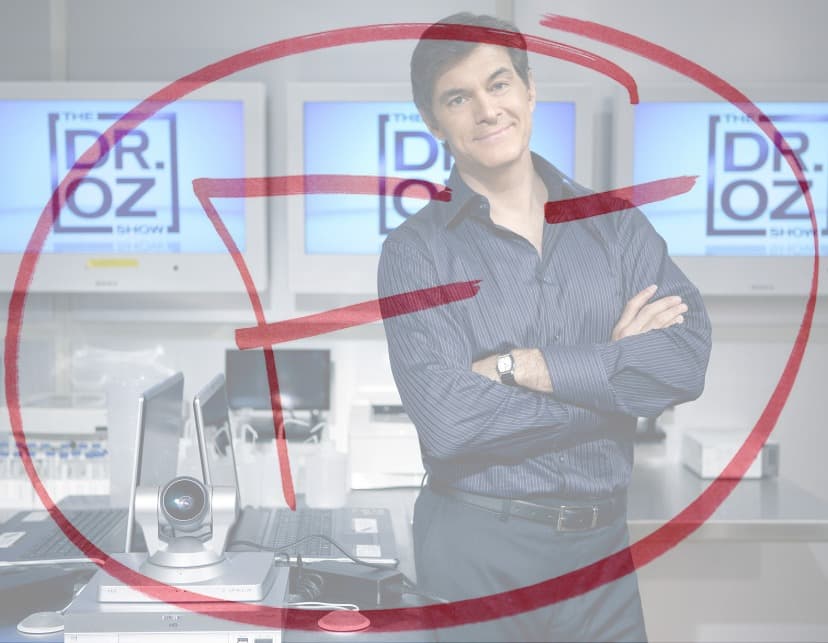 We all know that you should only trust half of what you see and none of what you hear, and it may be time to really take those word to heart. In a paper published in BMJ (formerly the British Medical Journal), doctors assert that evidence directly contradicts (or at least, does not exists for) more than half of the claims made on the Dr. Oz television show.

This is notable, as Dr. Oz casts himself as a "health expert." And in deed, it seems that he might generally know what he is talking about. He has been a professor at the Department of Surgery at Columbia University since 2001 and does more than 300 heart operations annually. In addition to this, he has more than 400 original publications.

However, just being smart does not guarantee that you won't believe in a lot of silly things.

Indeed, Oz has frequently promoted faith healing, healing through energy, and psychic communication with the dead. He has also allowed individuals with no scientific backing on his show to discuss the harm caused by GMOs (and  used similar tactics when addressing a variety of other "controversial" topics). While many people may believe in the aforementiond things, they are not based on the scientific method and there is no evidence to support them. For many of the things that Dr. Oz discusses, there is even evidence that refutes them. In short, they are absolutely not science (making the soundness of the  advice highly questionable)

In the study, investigators randomly selected 40 episodes from The Dr Oz Show and The Doctors from early 2013. Then a group of experienced evidence reviewers independently searched for, and evaluated as a team, evidence to support randomly selected recommendations from each show (read the full methodology here).

On top of finding that more than half (54%) of the advice was baseless, disclosure of potential conflicts of interest accompanied a paltry 0.4% of recommendations.

Listen: Can you trust the advice of TV doctors?

Since there is such little evidence to support the assertions that are made on these shows, and since the individuals invited on as guests could potentially have serious conflicts on interest (in that they make their livelihood by promoting specific treatments and methods), the researchers recommend that people should be skeptical (highly, highly skeptical) of the advice that is parroted by TV doctors.

In their conclusion, the authors state:

It's really quite sad, because mass media has the power to spread knowledge around the globe, increasing scientific awareness and dramatically improving the quality of life for many individuals. However, this isn't what we see happening. Instead, sensationalist pseudoscience is propagating across the air waves.

But perhaps Dr. Oz isn't really to blame. After all, the media is not a nonprofit organization It is about making money. Supply and demand. If we demanded shows on the interactions between neurons and synapses and how they make our brains, and ultimately us, what we are...well, that's what the media would give us. But that's not what we demand.