Is There Life on Pluto? Brian Cox Thinks it's a Possibility 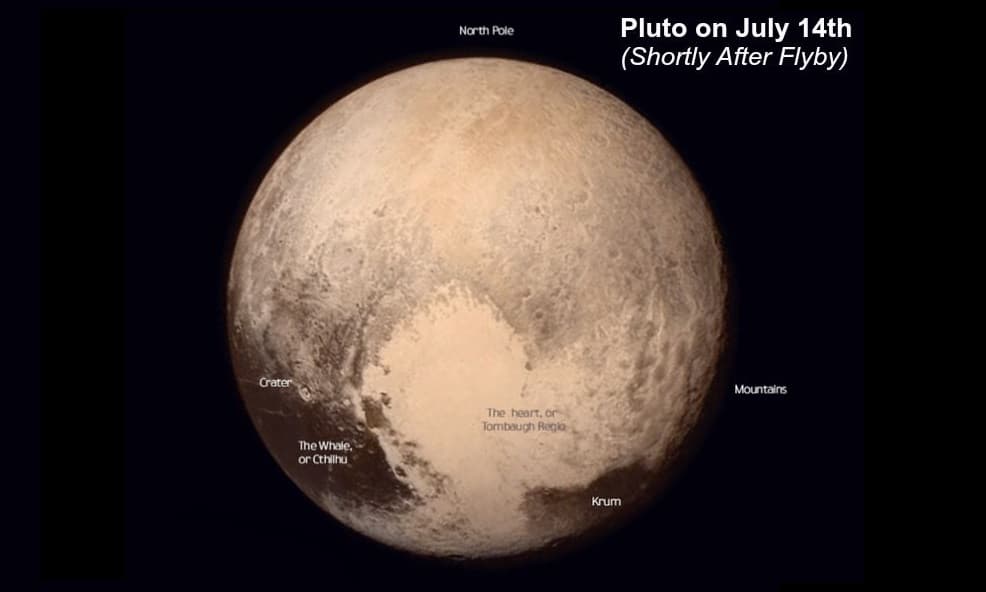 Recently, scientists announced that some of the features that New Horizons uncovered on Pluto may be clues of a subsurface ocean. And if that's not enough, and few scientists are saying that this subsurface ocean (assuming it exists) could harbor life.

As New Horizons made its historic flyby of the tiny dwarf planet, it took pictures of a strange and alien world—a frozen wasteland that is dominated by Ice flows and water ice mountains. And as it turns out, these features tend to support the idea that an interior ocean may be driving geologic activity on Pluto.

"We are amazed to see Pluto as dynamic and active as it is. No one dared imagine such a thick and localized buildup of geologically young ices, that even at 40 kelvins [-388 degrees Fahrenheit], have enough viscosity to create local landforms," said Richard Binzel, a New Horizons co-investigator and professor in MIT’s Department of Earth, Atmospheric, and Planetary Sciences. "All of the activity we see is consistent with the idea that [Pluto] has a massive rock core surrounded by an icy shell," said William McKinnon, a New Horizons co-investigator at Washington University in St. Louis. Most notably, he continues by adding that this structure,“increases the probability that there may still be an ocean underneath the thick layer of ice.”

“The bedrock that makes those mountains must be made of H2O, water ice,” said Alan Stern, who is the principal investigator of the New Horizons mission. “We see water ice on Pluto for the first time. We can be very sure that the water is there in great abundance.”

So it seems that a number of individuals think that there is liquid water on Pluto.

That said, to date, there is no direct evidence that Pluto has such an ocean; we only have clues which indicate that it might exist (an important and significant distinction). Ultimately, scientists are continuing to study data collected by New Horizons in order to come up with some more conclusive evidence. And if it turns out that this liquid water does exist, it will have some pretty big implications.

According to British physicist Brian Cox, with this water, Pluto may be able to support organic chemistry. He goes on to say that this means that, in all likeliness, Pluto harbors life: "It means that, if our understanding of life on Earth is even slightly correct - that you could have living things there."

These statements come because, on Earth, everywhere that we find liquid water, we find life. Since this is the case, and since our solar system seems to be composed of the same fundamental components, it stands to reason that life could also exist (would also exist) in liquid water on Pluto.

Admittedly, this life would be very simple, not large organisms with a vast technological network. But still, any evidence of alien life (of any kind) would be simply groundbreaking.

Now, of course, none of this means that life actually does exist on Pluto. Rather, some scientists have reason to believe that there is a high probability of life on this dwarf planet...which is really a pretty awesome thought.