We've heard this one before! 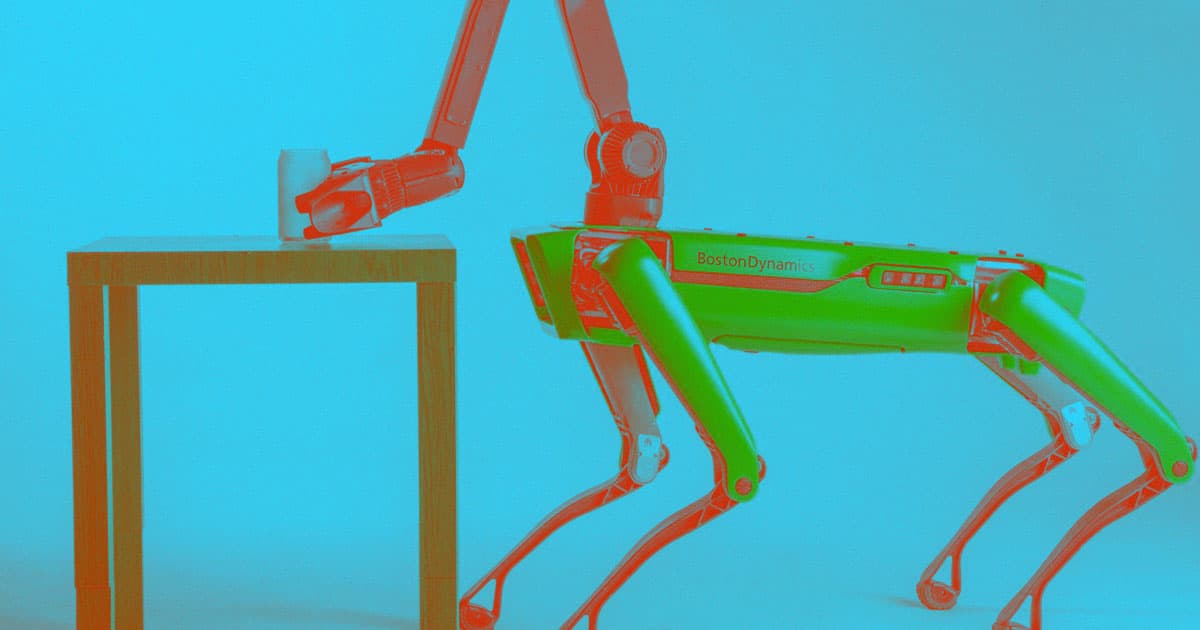 Boston Dynamics, the company famous for its humanoid and dog-like robots that can run and do backflips, says it's about to start selling its bots.

Just don't ask it when that will happen or how much it will cost to buy one — the company hasn't shared a launch date or price, only telling The Verge that robots would be commercially available at some point in 2019.

Here's the plan, as we understand it. At some point in the coming year, Boston Dynamics will begin to mass-produce and sell its four-legged, dog-like robot, SpotMini. In April, Boston Dynamics CEO Marc Raibert announced that the company would produce 100 of the robots over the course of the year, perhaps beginning this or next month.

If this news feels a bit familiar to you, that's because we've been on this rollercoaster before. Here's Futurism talking about the commercially-available dogbots of the future in a 2017 article that was written shortly after Google's parent company Alphabet sold Boston Dynamics to SoftBank.

And here's Gizmodo covering Raibert's initial May 2018 announcement that Boston Dynamics would go commercial. Here's Gizmodo two months later, at which point Raibert claimed the company would be able to produce 1,000 robots per year by "July 2019."

Raibert told The Verge that he always planned to mass-produce and sell SpotMini, but the 2017 SoftBank acquisition gave the company the resources it needed to speed toward the finish line. It also seems that ever since that point in time, the news that SpotMini would hit the market "soon" has been forever breaking, stuck in a form of suspended animation that never lets it grow old.

Maybe Boston Dynamics will actually start to manufacture SpotMini soon — The Verge reports that the company's recent acquisition of a logistics company called Kinema Systems could help it automate its warehouses.

But maybe that far-off deadline of "July 2019" will come and go, Raibert will drop the company's production goals even further, and we'll read even more headlines next year about how SpotMini is about to hit the market.

READ MORE: BOSTON DYNAMICS’ ROBOTS ARE PREPARING TO LEAVE THE LAB — IS THE WORLD READY? [The Verge]

More on underwhelming robot news: Here Are Some Headlines for This Incredibly Boring Robot Video

Read This Next
Quacks Like a Duck
Watching Elon Musk's Robot Back to Back With Boston Dynamics Is... Something
Diner Drama
People Furious at Robot Serving Pancakes at Denny's
Wait What
FCC Commissioner Says He's Afraid of Robodogs and We Can't Tell If He's Joking
Bot Crime
Experts Shocked by Military Robodog With Sniper Rifle Attachment
Killer Robot Update
Uh Oh, They Strapped a Sniper Rifle to a Robot Dog
More on Robots & Machines
Balloon Pop
Yesterday on the byte
Footage Shows Chinese Balloon Being Shot Down
From the Dept. of...
Thursday on futurism
The Best Mini Fridges of 2023
Blow Up Doll
Monday on the byte
Ukraine Accuses Russia of Using Inflatable "Dummy Tanks," Which Deflated
READ MORE STORIES ABOUT / Robots & Machines
Keep up.
Subscribe to our daily newsletter to keep in touch with the subjects shaping our future.
+Social+Newsletter
TopicsAbout UsContact Us
Copyright ©, Camden Media Inc All Rights Reserved. See our User Agreement, Privacy Policy and Data Use Policy. The material on this site may not be reproduced, distributed, transmitted, cached or otherwise used, except with prior written permission of Futurism. Articles may contain affiliate links which enable us to share in the revenue of any purchases made.
Fonts by Typekit and Monotype.