Crops Are Harvested Without Human Input, Teasing the Future of Agriculture

Farming seems to be seeding a robotic future. 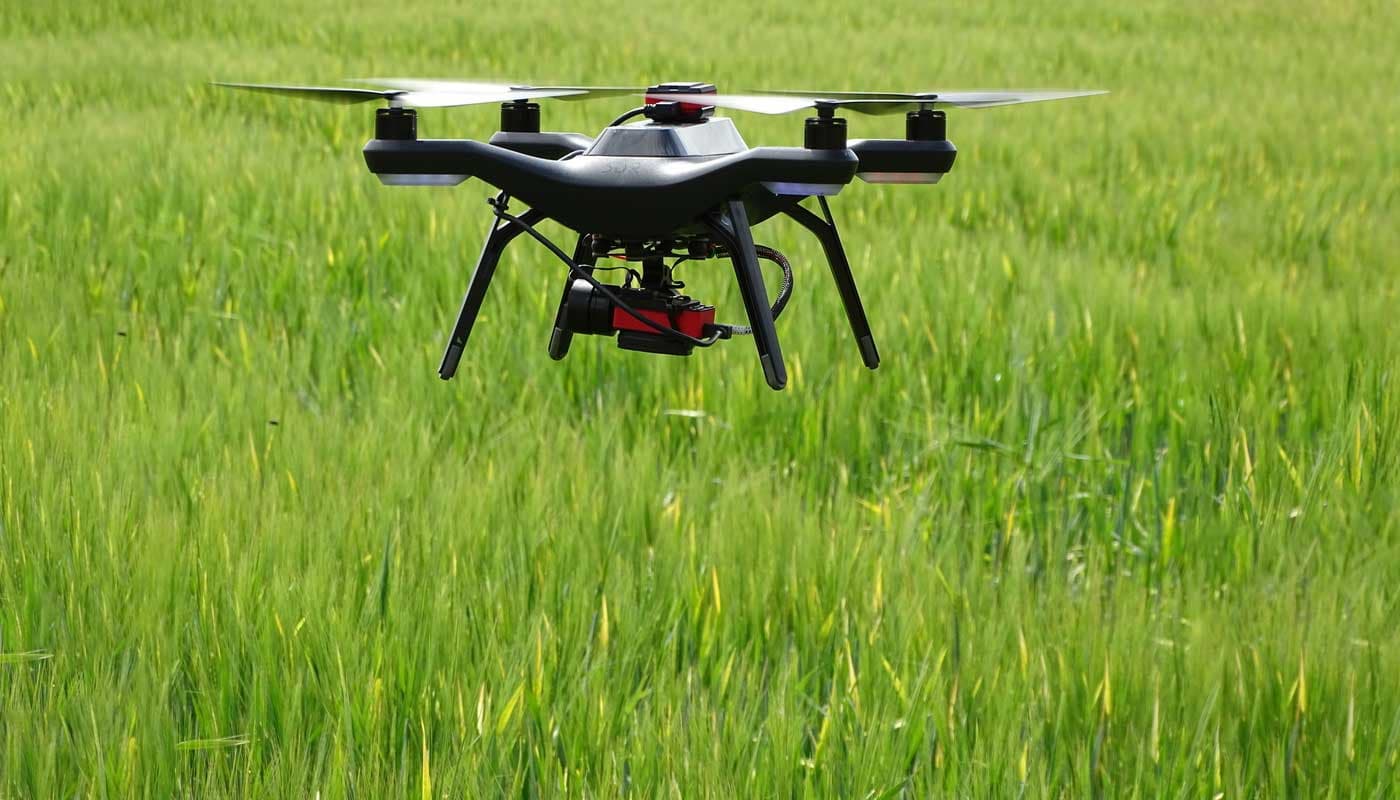 Hands Free Hectare (HFH) is a company based in the United Kingdom that set out to develop automated agriculture — from planting and monitoring, to maintenance and eventual harvesting. The group has accomplished their task with two harvests, one of winter wheat and one of barley, proving autonomous vehicles and drones can handle the farming process without a single person stepping out onto the field.

"We have been able to show the public that this is something that isn't too far ahead in the future, and it could be happening now," Martin Abell, one of the researchers at HFH, told ABC Rural. "It has also allowed us to raise the perception of agriculture to the public, so they see it as a forward-thinking industry and something that might attract new people to the industry."

Including the work done by HFH, nearly every element of farming can be handled by robots, even detecting diseases and killing weeds. And it's not just crops that are seeing automated agriculture. Chinese farmers have implemented automation and artificial intelligence to keep track of pigs and monitor their health as well as their overall well being. There's also Aspire, which uses a robotic system to raise crickets that will be used to make mainstream, protein-filled snacks.

If HFH's work is anything to go by, though, time of day and weather are still factors automation isn't fully prepared for; for example, when raining, the automated tractor would slip and have a hard time maintaining a straight line.

It's unclear when, exactly, we'll see more farms transition to automation here in the U.S. Yet we should expect it to happen in the near future, as companies like John Deere invest in other companies that specialize in applying automation to agriculture. Cricket-farming Aspire also operates out of the United States, and it's possible their success will inspire others to turn to automated agriculture to raise animals and crops for food.

Hands Free Hectare is hoping they have the same effect. "It’s going to take new talent entering the industry to develop this technology," said the group's mechatronics researcher, Jonathan Gill, in a press release. "We hope this project helps to inspire people and show them the range of interesting and innovative jobs that are available now in agriculture.”

Read This Next
Climate Connection
Bill Gates Attempts to Explain Why He Bought More Farmland Than Anyone Else in America
Brands We Love
Farmtogether Is a Crowdfunding Platform That Lets Anyone Invest in US Farmland
Pig Heaven
Assault Rifles Won't Solve Your Feral Hog Problem, Say Scientists
Super Old Vintage
Wine Grapes Haven’t Changed Much Genetically Since Ancient Rome
Futurism
AI That Counts And Identifies Wildlife Could Be A Game-changer For Ecologists
More on Earth & Energy
Dishonorable Disc...
Yesterday on the byte
Scientists Alarmed by Video of Deep Sea Mining Company Spewing Waste Into Ocean
Save Yourselves
Feb 5 on the byte
Furious Marsupial So Thirsty For Sex That It’s Dying, Scientists Warn
Stem Ware
Feb 3 on the byte
Scientists Discover World's Oldest Preserved Vertebrate Brain
READ MORE STORIES ABOUT / Earth & Energy
Keep up.
Subscribe to our daily newsletter to keep in touch with the subjects shaping our future.
+Social+Newsletter
TopicsAbout UsContact Us
Copyright ©, Camden Media Inc All Rights Reserved. See our User Agreement, Privacy Policy and Data Use Policy. The material on this site may not be reproduced, distributed, transmitted, cached or otherwise used, except with prior written permission of Futurism. Articles may contain affiliate links which enable us to share in the revenue of any purchases made.
Fonts by Typekit and Monotype.