They say the fake DNA is indistinguishable from the real thing. 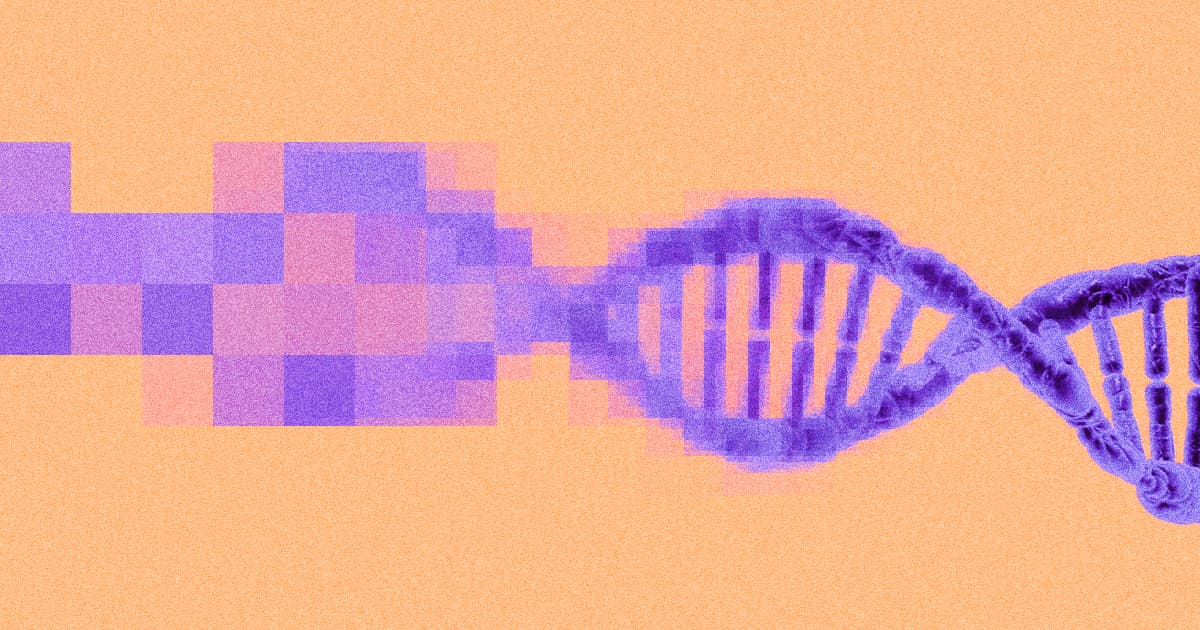 We've seen AI algorithms create mostly-believable pictures of people's headshots, works of art, news articles, and even pokémon. But now a team of scientists is taking things a step further, with an algorithm to generate the entire genetic code of nonexistent people.

Using a type of AI called a Generative Adversarial Network (GAN), in which two algorithms rapidly generate some sort of output, check their work against real-world examples, and refine things as they go, the team has managed to replicate realistic human genomes that they say are indistinguishable from the real thing, according to research first spotted by The Next Web.

Unlike other GAN projects — like those horrifying pokémon — that are meant to be fun little AI oddities, the team of researchers from Estonia's University of Tartu and France's Paris-Saclay University who developed the artificial genome project say that their fake genetic sequences have real value as a tool for research geneticists.

They argue in their paper, which was published Thursday in the journal PLOS Genetics, that these DNA codes could help further genetic experimentation — without compromising the privacy of actual people who would need to give up their genetic data.

But it may not be all it's cracked up to be, a geneticist unaffiliated with the paper told Futurism. To explain why, consider the other examples of what a GAN can create. We know what the human face, famous works of art, and pokémon look like. So for AI, learning from those examples and building its own is no problem. But in terms of the human genome, there are still so many questions about what the different parts do and mean that it's not really feasible to plug it into an algorithm as training data.

"My initial take is that it is interesting, but I'm not sure I see real practical implications for research right now," Deanna Church, vice president of the Mammalian Business Area and Software Strategy at the biotech company Inscripta, told Futurism. "A lot of the scientific community is still trying to figure out how the non-coding (most) of the genome 'works.' Just because you can't computationally distinguish these generated genomes from real genomes doesn't mean they've really preserved functional motifs and domains that are important — there is much of this we still don't understand."

The real question on our minds is whether these GAN-generated genomes would actually compile, so to speak, into a real, functional human genetic sequence. The authors of the paper didn't respond to Futurism's request for comment. But in that regard, Church says, she's not too optimistic.

"As far as 'compiling' this into a human — I definitely don't see the path to that," Church told Futurism. "There is a long way from computationally generating genome sequences to converting that to a human cell, much less a human."

"I definitely think the work is interesting, but I don't see practical applications of it right now," Church added. "Of course, I could be missing something."

More on GANs: This Site Tests Whether You Can Spot AI-Generated Faces