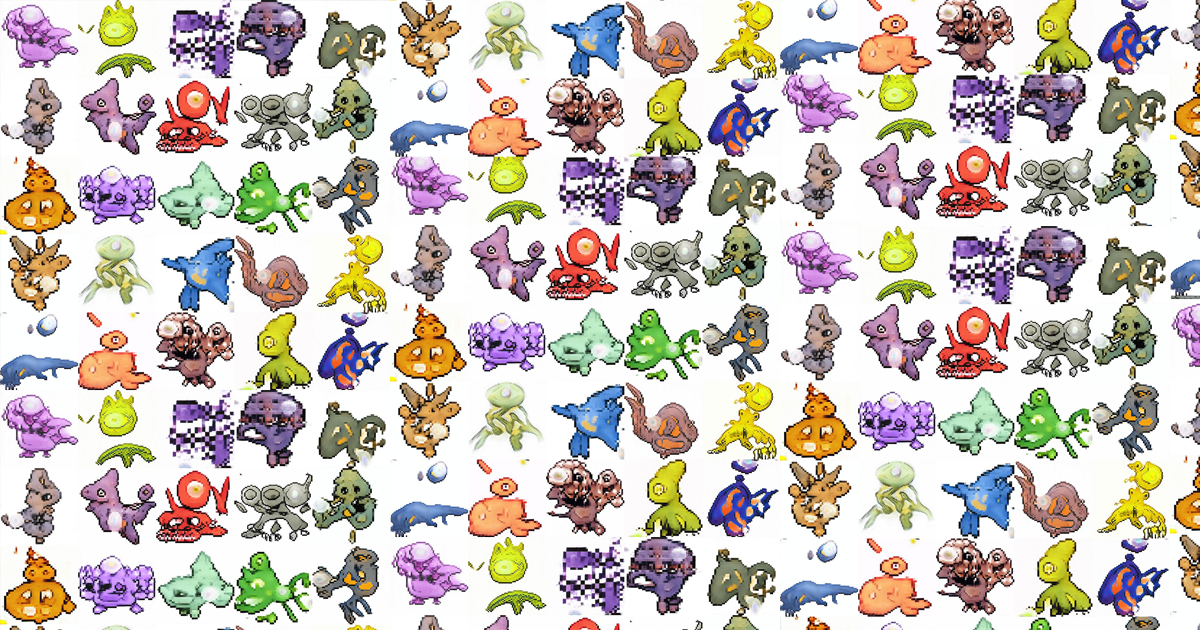 Twitter user Michael Friesen taught a generative adversarial network (GAN) — a machine learning AI designed to dream up images of anything from human faces to Airbnbs — to generate new Pokémon.

The neural network came up with its own lineup of pixel art Pokémon that look, well, quite a bit more disconcerting than the real thing. Just don't examine them too closely.

made me some #StyleGAN Pokemon sprites pic.twitter.com/4jUL5VlLST

Friesen used a neural network called StyleGAN that was originally created by NVIDIA. NVIDIA open sourced the code to the AI back in February, allowing anybody with coding know-how to come up with their own neural network project.

Previous examples of projects that caught people's attention include ThisCatDoesNotExist.com, a site that generates — you've guessed it — pictures of creepy cats.

The technology has come a long way. Last month, a tech company housed on the campus of Japan’s Kyoto University, showed off an AI that can whip up photo-realistic, high-resolution images of people, including faces, hair and outfits.

READ MORE: AI-generated Pokémon that should not be [Boing Boing]