Look at These Incredibly Realistic Faces Generated By A Neural Network

None of these people are real. 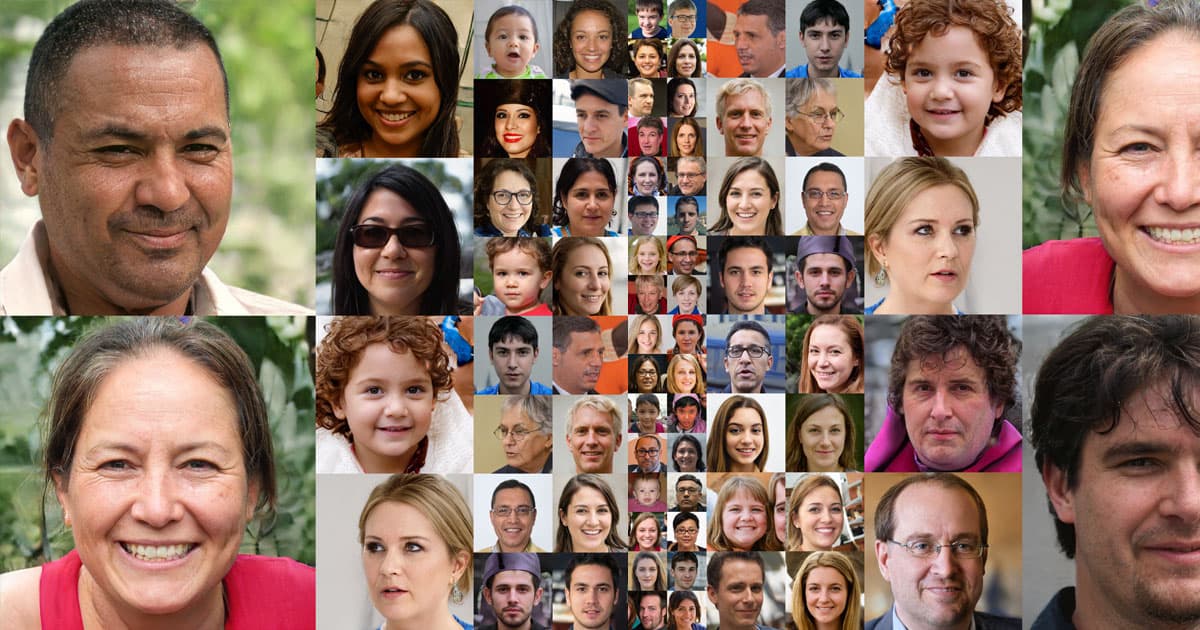 We officially can no longer trust anything we see on the internet. From whole-body deep fakes to AI-based translation dubbing, technology is starting to distort reality — all with the help of machine learning.

Case in point: researchers at NVIDIA have harnessed the power of a generative adversarial network (GAN) — a class of neural network — to generate some extremely realistic faces. The results are more impressive than anything we've seen before. Take a look below, bearing in mind that none of these faces are real.

A GAN can iteratively generate images based on genuine photos it learns from. Then it evaluates the new images against the original. In this instance, the researchers taught a GAN a number of "styles" — faces modeled after subjects who were old, young, wearing glasses, or had different hair styles.

The results are spectacular. Even small seemingly random details like freckles, skin pores or stubble are convincingly distributed in the images the project generated.

The network even took a crack at generating fake pictures of cats. They didn't turn out quite as well.

It's not the first time a GAN has been used to generate pictures of people. Last year, the same group of NVIDIA researchers created a neural-network-based image generator. But results were far less impressive: faces appear distorted and unnatural. The results are also of a much lower resolution.

Neural networks are becoming incredibly good at faking human faces. Will we be able to tell them apart in the future? At this rate, they could become indistinguishable from reality.

More on neural network-generated faces: These People Never Existed. They Were Made by an AI.