The Rise of the Robot Farmer: Australia Set to Have Fully Automated Vegetable Farms by 2025 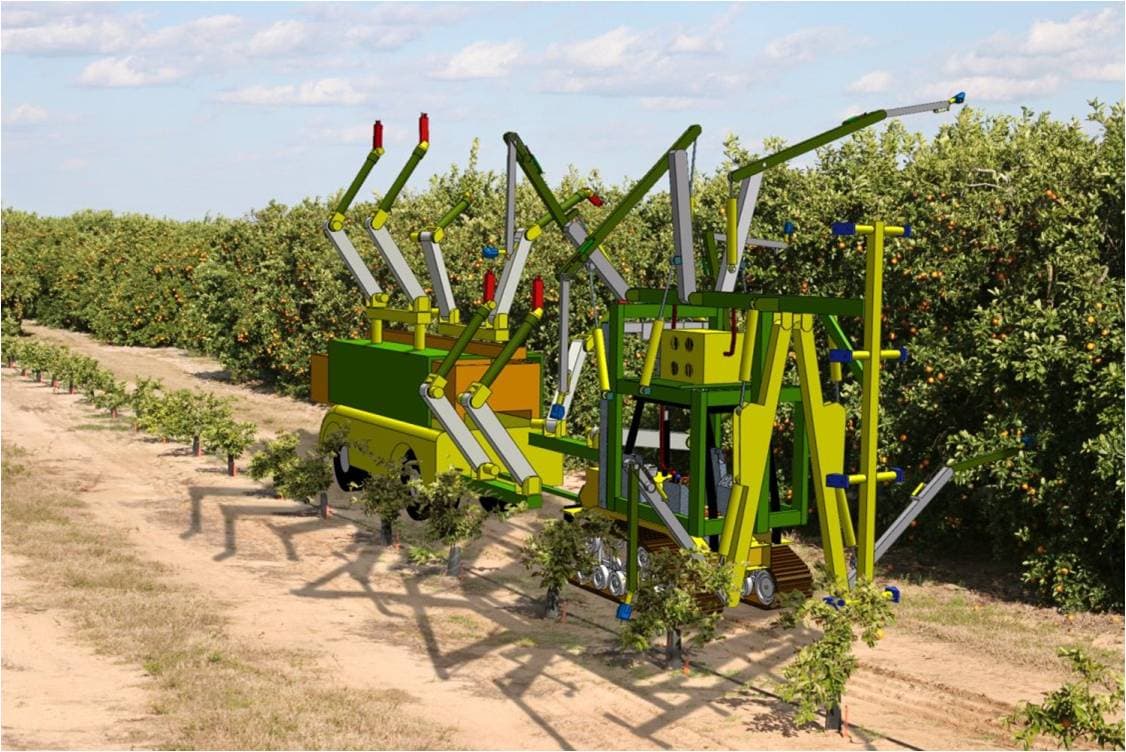 Even in today’s modern and technology-immersed civilization, agriculture remains to be a staple industry in nearly every nation. The millennia-old industry continues to provide food, fiber, raw materials, biofuel, and medicinal products for society. Its development has been greatly catalyzed by technology, allowing for faster and greater yields.

Australia is among the major agricultural nations in the world. The industry has the second highest growth rates in the past two years. Agriculture contributes to the US$155 billion-a-year earnings of the nation, which is 12% of its GDP. Those numbers may improve by what top robotics researchers foresee for the nation. Indeed, it seems that Australia could have fully automated vegetable farms by 2025, and it could have the ability to automate the entire production process for some crop commodities.

When it comes to seeding, spraying, or harvesting for certain crops, Professor Salah Sukkarieh of the Australian Centre for Field Robotics at the University of Sydney says there is potential for fully automated solutions to be developed. Deputy Chief Executive of AUSVEG, the nation's representing body for Australian vegetable and potato growers, says there is potential to have a fleet of robots and automated vehicles working in conjunction with each other.

For example, there is the Deepfield Bonirob, which could be used as a mobile laboratory to analyze plants to determine which strains are performing stronger than others and so deserve more cultivation. In short, it could allow us to get rid of pesticides.

Then there is the currently unnamed tomato-picking robot from Panasonic, which utilizes newly developed sensors and image processing technology to tell ripe veggies from a spoiled or unripe crop. Ultimately, cameras that are mounted on the robot capture more than 70,000 pixels. Image sensors help to identify color, and the robot picks the ripe tomatoes by the stem to avoid bruising the fruit.

In the end, it seems that we are well on our way to meeting the 2025 delivery date that is estimated by some scientists and engineers.

Indeed, in related news, drones are already taking over a number of positions in agriculture. For example, there is the HoneyComb, which provides (what they call) an "all-in-one solution" with their AgDrone. The drone itself can be outfitted with an array of sensors including thermal imaging, stereoscopic, and multispectral NDVI (Normalized Difference Vegetation Index). This tech allows individuals to monitor their crops at just a fraction of the cost of previous methods. Another company, Delair-Tech, also gives individuals a host of industry-specific packages.

In this regard, the future is looking a lot more metallic.

Read This Next
Adult Content
Australians May Be Forced to Scan Their Faces to Watch Porn
Brands We Love
Robots Are Already Driving and Painting, Now They're Directing Films Too
Futurism
There's Now A Computer Designed Specifically for Programming Intelligent Robots
Futurism
The Military Wants to Make AI That Mimics the Human Brain. Experts Know There’s a Better Way.
Futurism
Bring This Robot to a Disco, and It'll Dance With You
More on Artificial Intelligence
Deepfaked Neighbors
7:02 PM on futurism
Trashy TV Prank Show Deepfakes Celebrities Into Jackass-Style Situations
Bad Bots
6:13 PM on the byte
Oxford Scientists Warn AI Could Be More Deadly Than Nuclear Weapons
Once a Cheat
3:21 PM on the byte
89 Percent of College Students Admit to Using ChatGPT for Homework, Study Claims
READ MORE STORIES ABOUT / Artificial Intelligence
Keep up.
Subscribe to our daily newsletter to keep in touch with the subjects shaping our future.
+Social+Newsletter
TopicsAbout UsContact Us
Copyright ©, Camden Media Inc All Rights Reserved. See our User Agreement, Privacy Policy and Data Use Policy. The material on this site may not be reproduced, distributed, transmitted, cached or otherwise used, except with prior written permission of Futurism. Articles may contain affiliate links which enable us to share in the revenue of any purchases made.
Fonts by Typekit and Monotype.