A New AI Draws Cats, and They're Utterly Grotesque

No cats were harmed in the making of this creepy website. 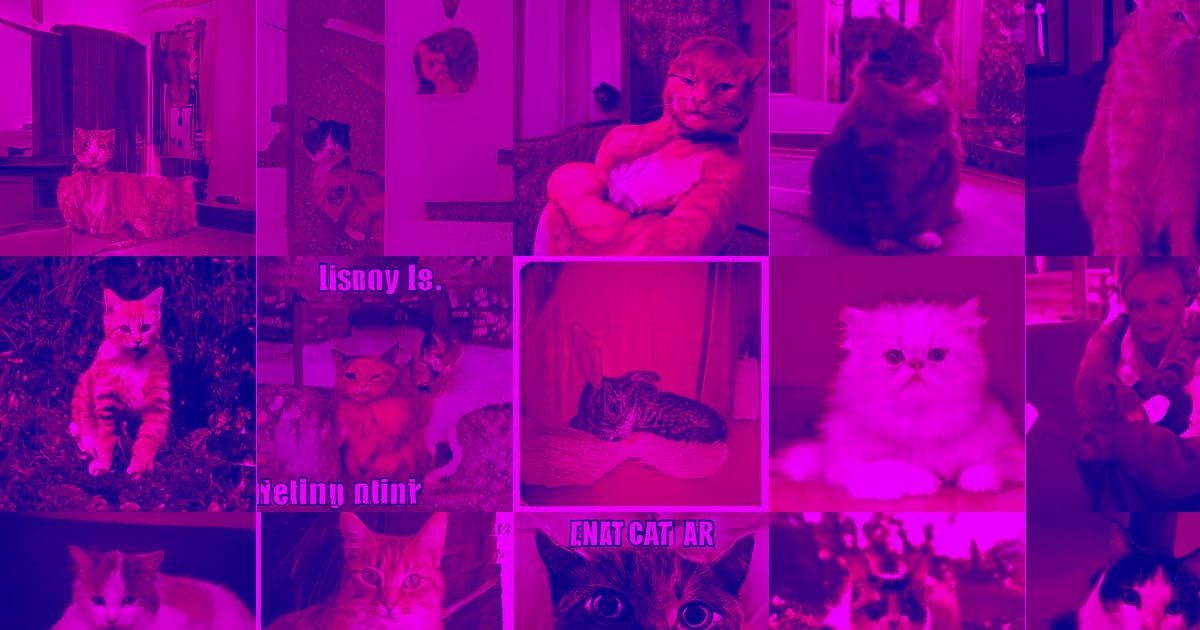 This Cat Does Not Exist

Last week, we reported on a mysterious new website, ThisPersonDoesNotExist.com, that shows you a new human face, generated by an AI, every time you hit the refresh button.

It's a growing trend: more copycat websites like ThisAirbnbDoesNotExist.com and ThisWaifuDoesNotExist.net have also cropped up in its wake.

And now, ThisCatDoesNotExist.com takes the trend to its logical conclusion: creepy, AI-generated pictures of cats that will fuel your nightmares.

This Cat Should Never Exist

Behind all of these websites lies NVIDIA's generative adversarial network (GAN) called StyleGAN — a machine-learning algorithm that can learn how to sketch human faces, cats, or almost anything else by examining hundreds of thousands of existing images.

But ThisCatDoesNotExist.com is not the most compelling example of the tech. It's more like the result of what would happen when hundreds of thousands of cat images, including text memes and their human owners' faces, are mashed together in a a cyber-car-crash. The results are harrowing.

No, seriously. What happened to these innocent cats?

It's a shame the algorithm wasn't able to pick out the human faces.

GANs have been used for much more ambitious projects in the past. Researchers at NVIDIA harnessed the power of the technology to create uncanny faces that are almost completely indistinguishable from the real thing.

But that doesn't mean bored people on the internet shouldn't be able to take advantage of the open-source technology for a bit of fun — that is, as long as real-world cats stay out of harm's way.

READ MORE: 'This Person Does Not Exist' Has Spawned a Host of A.I.-Powered Copycats [Inverse]