A Thin Layer of Aerogel Could Make Martian Farming Possible

Blanketing Mars with aerogel may be enough to help plants grow. 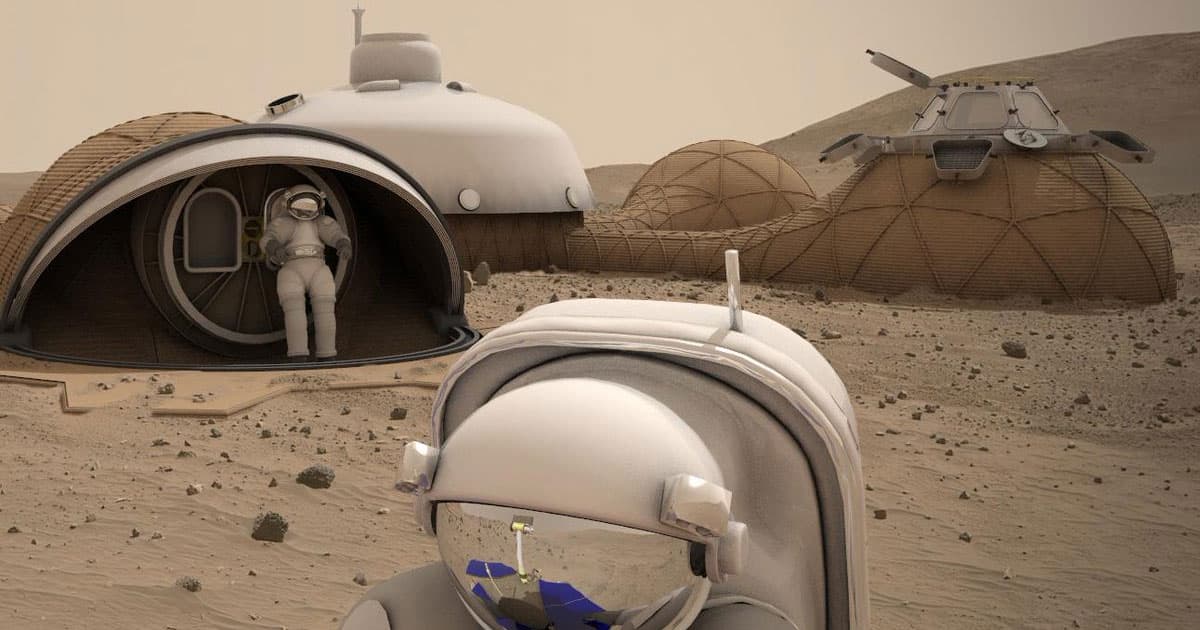 Scientists think they've found a way to terraform Mars — and all it takes is a thin blanket of insulation over future space gardens.

A layer of aerogel just two to three centimeters thick may be enough to protect plants from the harshest aspects of life on Mars and create viable greenhouses in the process, according to research published Monday in the journal Nature Astronomy. While there are a host of other problems to solve before anyone can settle Mars, this terraforming plan is far more feasible than other ideas that scientists have proposed.

Two of the biggest challenges facing Martian settlers are the Red Planet's deadly temperatures and unfiltered solar radiation, which is able to pass through Mars' weak atmosphere and reach the surface, New Scientist reports. At night, it can reach -100 degrees Celsius, which is far too cold for any Earthly crops to survive.

A team of Harvard, CalTech, and University of Edinburgh scientists recreated Mars-like conditions in a lab to test out their aerogel greenhouses, per the research. The lightweight silica material is mostly just air, so life-giving sunlight easily passes through it to reach photosynthetic plants.

However, the aerogel layer filtered out over 60 percent of the harmful ultraviolet radiation that reaches Mars and over 99.5 percent of the particularly-dangerous ultraviolet C radiation. Through the greenhouse effect, the aerogel also raised the temperature of the ground beneath it by 50 degrees C. That may be enough, according to New Scientist, to thaw out ice trapped beneath the surface and jumpstart a localized version of the water cycle.

Scientists have a long road ahead of them before we're ready to terraform Mars — we're still just learning about some of the bizarre and dangerous ways that space travel impacts the human body. But at the very least, these aerogel greenhouses are conceptually feasible.

Other plans to terraform Mars include aiming gigantic mirrors at the planet to melt the planet's ice caps. Or there's Elon Musk's brilliant plan to drop nuclear bombs on Mars as a means of introducing enough carbon dioxide to support an atmosphere.

"It's a very different approach to a lot of these global terraforming ideas," Harvard's Robin Wordsworth told New Scientist of the aerogel concept. "But it has the advantage that we could actually do it in the next few decades rather than much further in the future."

Read This Next
What Lies Beneath
Researchers Say "Conan the Bacterium" Could Be Hidden Beneath Mars’ Surface
Space Lumps
Scientists Say We May Be Extremely Wrong About the Universe
Into Darkness
Inside NASA's Bold Proposal to Probe the Mysteries of Dark Matter
Water Canyon
Scientists Spot Hidden Water in Mars' Grand Canyon
Martian Ammonia
NASA Rover Detects Organic Molecules on the Surface of Mars
More on Hard Science
Warped Tour
Thursday on futurism
Professor Believes Door to Warp Drive May Lie With Ethylene Glycol
Sky Bursts
Thursday on the byte
Astronomers Intrigued by 25 Mysterious Repeating Radio Signals From Deep Space
Tractor Beam
Jan 26 on the byte
Scientists Build Working Tractor Beam, Although It's Comically Tiny
READ MORE STORIES ABOUT / Hard Science
Keep up.
Subscribe to our daily newsletter to keep in touch with the subjects shaping our future.
+Social+Newsletter
TopicsAbout UsContact Us
Copyright ©, Camden Media Inc All Rights Reserved. See our User Agreement, Privacy Policy and Data Use Policy. The material on this site may not be reproduced, distributed, transmitted, cached or otherwise used, except with prior written permission of Futurism. Articles may contain affiliate links which enable us to share in the revenue of any purchases made.
Fonts by Typekit and Monotype.